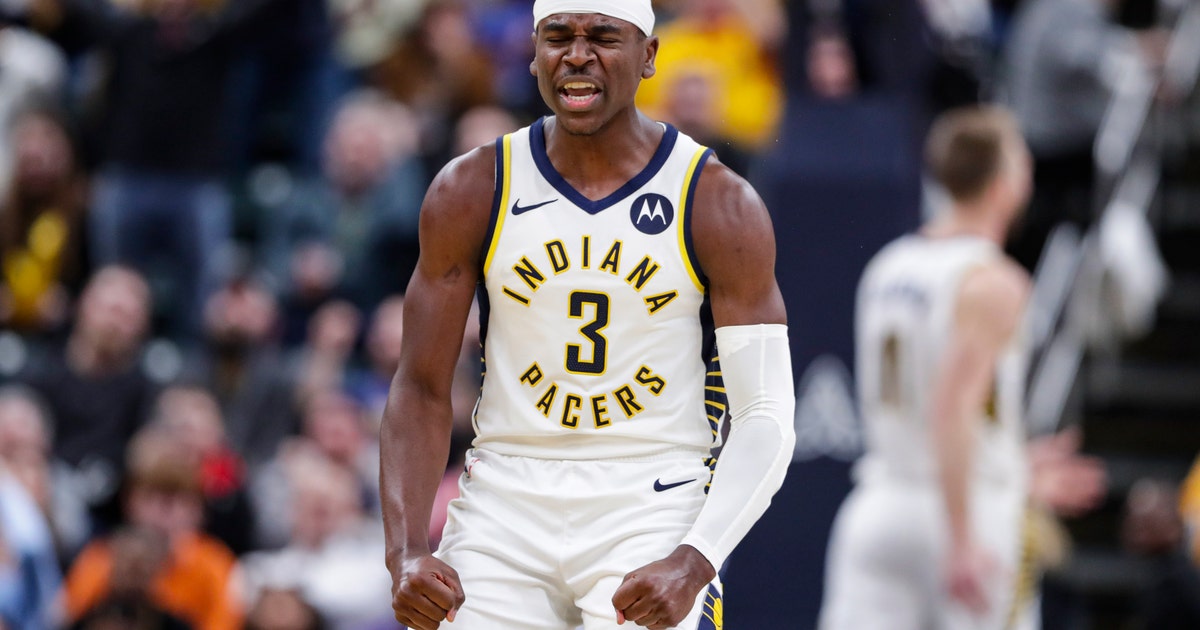 Brogdon dribbled past Dwight Howard and then used the rim to protect the ball as he made the shot. Sabonis followed by hitting one of two free throws with 10.7 seconds remaining.

LeBron James had 20 points, nine rebounds and nine assists but missed a 3-pointer that would have given the Lakers the lead with 11.7 seconds to go. Los Angeles also missed two shots on its final possession while trying to force overtime.

The Lakers looked as though they had taken control with a 9-0 run for a 95-91 lead midway through the fourth quarter. But Indiana responded just as it had all night as the Lakers played without All-Star forward Anthony Davis.

Howard had a season-high 20 points.

Joe Harris had 24 points, including a jumper that put the Nets ahead 104-98 with 1:28 to go in the extra period. Brandon Ingram quickly responded with a 3-pointer, but the Pelicans, who shot 34%, got no closer.

The Nets have won five of seven.

Ingram had 22 points and 10 rebounds but missed 10 of his first 11 shots before scoring all but two of his points after halftime. Jrue Holiday scored 21 for the Pelicans, who missed 29 of 40 attempts from 3-point range.

Jarrett Allen had 12 points, 14 rebounds and six blocks for the Nets, including a transition dunk to tie the game at 93 in the final minute of regulation.

CHARLOTTE, N.C. (AP) — Malik Monk scored 14 of his season-high 23 points in the fourth quarter, and Charlotte spoiled De’Aaron Fox’s return from injury with a win over Sacramento.

Cody Zeller had 17 points and nine rebounds, and Bismack Biyombo added 10 points and 12 rebounds as the Hornets (13-17) won for the fourth time in five games.

Fox was back on the floor after missing 17 games with left ankle sprain and led the Kings (12-15) with 19 points in 30 minutes.

Monk scored eight straight points in the fourth quarter, including a pair of 3s. He went 5 of 5 from the field in the fourth and finished with a career-high 10 rebounds.

With the Jazz trailing 97-90, Mitchell awoke a moribund offense and energized the crowd with a highlight-reel dunk in traffic. That sparked the clinching spurt for Utah (16-11), which has won three in a row.

Bojan Bogdanovic scored nine of his 30 points during the late surge, and Joe Ingles had 16 points and 12 rebounds.

Mitchell Robinson had a career-best 22 points along with 13 rebounds, and Marcus Morris also scored 22 for the Knicks, who have won three of four after a 10-game losing streak.

New York went ahead by 31 on Barrett’s three-point play early in the third quarter.