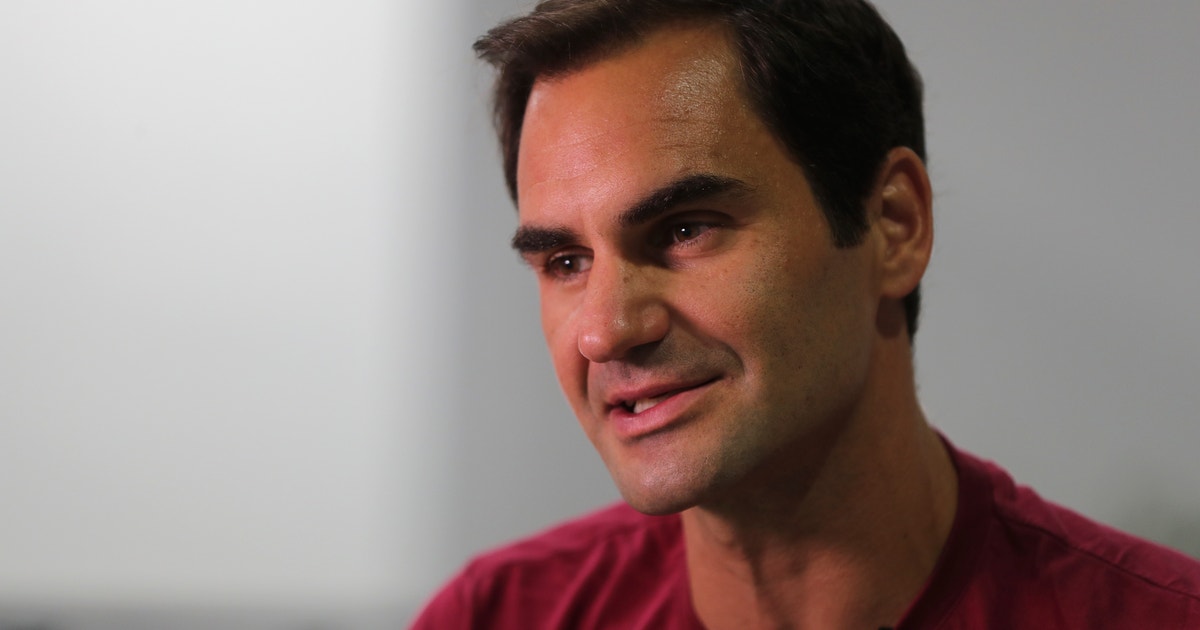 DUBAI, United Arab Emirates (AP) — Roger Federer arrives for his interview at the precise appointed time, steering his white sedan into a parking spot in an industrial area dotted by art galleries about 15 minutes from his luxury apartment in this home-away-from-home.

After obliging a selfie request from someone on the street, Federer makes his way up to a second-story loft area and sits. He crosses his legs, kneads his right calf and winces.

“Just started training. I’m surprised I could walk the stairs as good as I have,” Federer says with a laugh. “My calves are, like, killing me. Just getting back into it. The shock on the body is, I don’t want to say ‘immense,’ every time, but I’ve been on vacation for two weeks. The shock just hits you hard.”

Ah, the ravages of age.

Federer, who won the first of his men’s-record 20 Grand Slam titles when he was 21 and now is 38, explains to The Associated Press that he must “go back to the drawing board” after “just missing out on The Big One,” a reference to his fifth-set tiebreaker loss to Novak Djokovic in the Wimbledon final in July. So all of just two days into Federer’s preparation for next season — he flies to Melbourne on Jan. 9, a week before the Australian Open draw — he is taking a 48-hour break, sitting out his two-a-day fitness sessions and not lifting a racket.

No one this old has won a Grand Slam title in the professional era.

As a younger man, Federer says, he didn’t allow himself such a respite, working six or eight days in a row to get going. But now? The “waves,” he calls them, making an undulating motion with his famous right arm — time on, then time off — offer his body a chance to recover. They also let him “go through the wall” on the day before a rest period, because “otherwise, you maybe would hold back just ever so slightly, because you just don’t know how you’re going to feel the next day.”

Federer recognizes that continuing to play tennis at a high level long past the age when many greats of the past were done (his idol, Pete Sampras, competed for the final time at 31) means he repeatedly faces questions — from fans, from the media, from those around him — about how long he will continue on tour.

And while he can’t provide a definitive answer — because, quite simply, he says he doesn’t have one — Federer is willing to discuss this aspect of the subject: He does not consider it important to walk away at the top of his game and the top of his sport.

When he’s told about a newspaper opinion piece from way back in 2013 — 2013! — that posited he should quit then to avoid ruining his legacy, Federer just smiles and waves his hand. He knows, of course, that he’s managed to reach another seven Grand Slam finals since the start of 2014, winning three.

But he also says the notion that an older athlete could harm his or her status by hanging around too long is nonsense, no matter what the decline looks like.

“I don’t think the exit needs to be that perfect, that you have to win something huge … and you go, ‘OK. I did it all.’ It can be completed a different way, as long as you enjoy it and that’s what matters to you,” Federer says. “People, I don’t think, anyway, remember what were the last matches of a John McEnroe, what were the last matches of a Stefan Edberg. Nobody knows. They remember that they won Wimbledon, that they won this and that, they were world No. 1. I don’t think the end, per se, is that important.”

That doesn’t mean, of course, that he isn’t as competitive as ever or doesn’t want to win a 21st major championship — above all, No. 9 at Wimbledon, after it slipped away despite two match points in 2019 — or his first Olympic singles gold at the Tokyo Games next year.

Or win any tournaments, for that matter, which would push him closer to Jimmy Connors’ professional era record of 109 trophies (Federer has 103).

If it seems as though the rest of the world is insisting it needs to know when and how retirement will arrive, Federer says it’s not something on which he expends a lot of energy.

So much so that when he got sick while on a skiing trip in January 2008 with what eventually was diagnosed as mononucleosis, he vowed to stay off the slopes, a decision he stuck to, although not without some regret. His children — twin daughters, 10, and twin sons, 5 — all ski, and he and his wife, Mirka, have a home in a resort in his native Switzerland.

Yet Federer sticks to his role as “the chief ‘getting the kids ski-ready’ operator guy.”

Even his agent, Tony Godsick, who has represented Federer since 2005, raises the topic.

“It would help make my job easier,” Godsick says in a telephone interview. “I don’t want to know for my own personal travel. Or I don’t want to know to have the scoop before anyone else. I want to know so I can plan. … I mean, he won’t go on a retirement tour, but I’d like to have some advance notice, maybe throw some more cameras around when he’s out playing, so we can capture some more footage.”

Godsick pauses, then spaces out the next five words for emphasis: “But. He. Really. Doesn’t. Know.”

“I really do think he has the flexibility to actually not decide … until he feels like it’s the time. And that will come when Mirka says, ‘I can’t do it anymore,’ and ‘I can’t be on the road with the kids,’ and ‘The kids are not enjoying it.’ Or his body might say, ‘Hey, Rog, stop pushing me so hard,’” Godsick says. “Maybe it’s a time when he realizes on the practice court he doesn’t either have the motivation or the ability to get better. And at that point, then maybe he says, ‘I certainly have squeezed all the juice out of this lemon in terms of innovating and getting better.’ And I don’t think that time is there yet. Which is good news.”