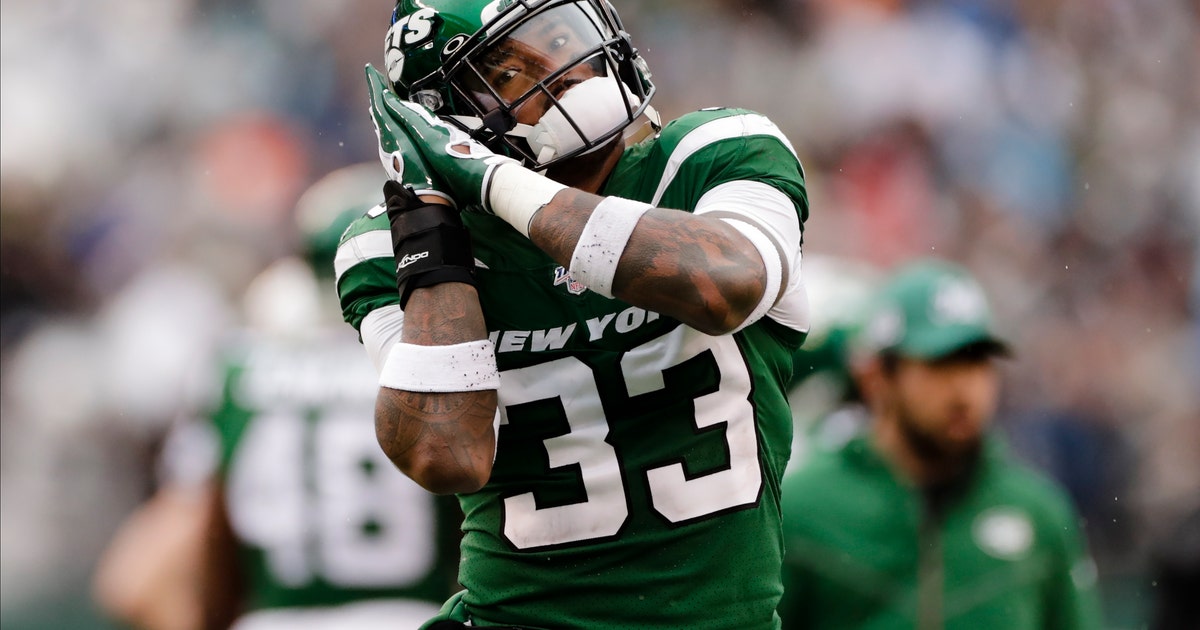 The New York Jets safety was home relaxing Tuesday when he received the news — an announcement that a year earlier resulted in a tear-filled phone conversation with his father. This time around, Adams remained low key, with his focus on the big picture.

“I expect it, man,” Adams said Wednesday of his Pro Bowl selection. “That’s what I work hard for, obviously. The main thing is being in the playoffs. It didn’t happen.”

After not making it to the NFL’s all-star game in his rookie season, Adams tweeted that it would be the last he’d miss.

The 24-year-old Adams has been one of the Jets’ few bright spots in a mostly dismal 5-9 season.

“He’s played as well as any player I’ve been around, consistently,” coach Adam Gase said. “Week in, week out, you never see a dip. It’s always elite level.”

Still, even he hasn’t been able to avoid some not-so-good personal moments.

Adams missed the last two games with a sprained ankle, the first contests he has had to sit out in his three-year NFL career. He was a limited participant at practice Wednesday, a positive sign that he could be trending toward playing Sunday in the Jets’ home finale against Pittsburgh.

“I keep talking to him about making sure he’s OK, if he goes,” Gase said. “He has to feel right. I do not want him out there if there’s any chance that there’s an injury that prolongs something down the road. That’s not what we’re looking for. That’s why the communication between him and the training staff and everybody is critical.”

Adams thinks his chances of playing are “very high.” While some have suggested it might make sense to have Adams rest the final two games, the safety wants to hear none of it.

“The past two weeks, I’m not going to lie to you, I was in a real low place because I’ve never had this game taken from me,” Adams said. “That was tough, just sitting on the sideline, not being out there, not practicing with my brothers.

“Just to go out there and practice today, man, I was like a little kid.”

Adams is one of the team’s emotional leaders, and his presence is felt whenever he’s on — or, off, for that matter — the field.

He still leads the Jets with 77 overall tackles and 14 quarterback hits, despite missing two games, and his 6 1/2 sacks are second only to linebacker Jordan Jenkins‘ seven. Adams is just two sacks from breaking the NFL’s single-season record for a defensive back, set by Arizona’s Adrian Wilson in 2005.

And, you can be sure he’s aiming for the quarterback in the Jets’ final two games.

It’s that type of confidence and playmaking ability that have made Adams one of the top defensive players in the league.

And, one of the most coveted.

Before the trade deadline in October, several teams called the Jets to inquire about Adams’ availability. General manager Joe Douglas set the asking price so exorbitantly high that teams had to bail on trying to acquire the star safety.

But, the fact Douglas and the Jets answered those calls without immediately rejecting them angered Adams, who felt he should be treated as an untouchable player. He went six days without speaking to Douglas and Gase before finally smoothing things over — but some wondered if Adams’ relationship with the organization was already fractured beyond repair.

“I love to be here,” Adams said. “I love to be a part of this organization. It’s my calling. These guys drafted me and I’m here playing football, doing something that I love to do. They made my dream come true.”

Jets CEO and chairman Christopher Johnson made it clear he would love for Adams to remain with the team for his entire career. But, he also said Douglas will have the final say on the roster — Adams included.

Once the season’s over, there will be more uncertainty about Adams’ future because teams likely will ramp up their interest and inquiries during free agency and the draft. The safety, due to make only $735,000 in base salary next season, could also seek a big-money extension from the Jets.

For now, though, Adams is focused on finishing this season by making more plays for New York.

“I’m here to play ball,” he said. “I’ll let those things handle itself. I’m here. I’m going to continue to be here until I’m told different. But I want to be here.”