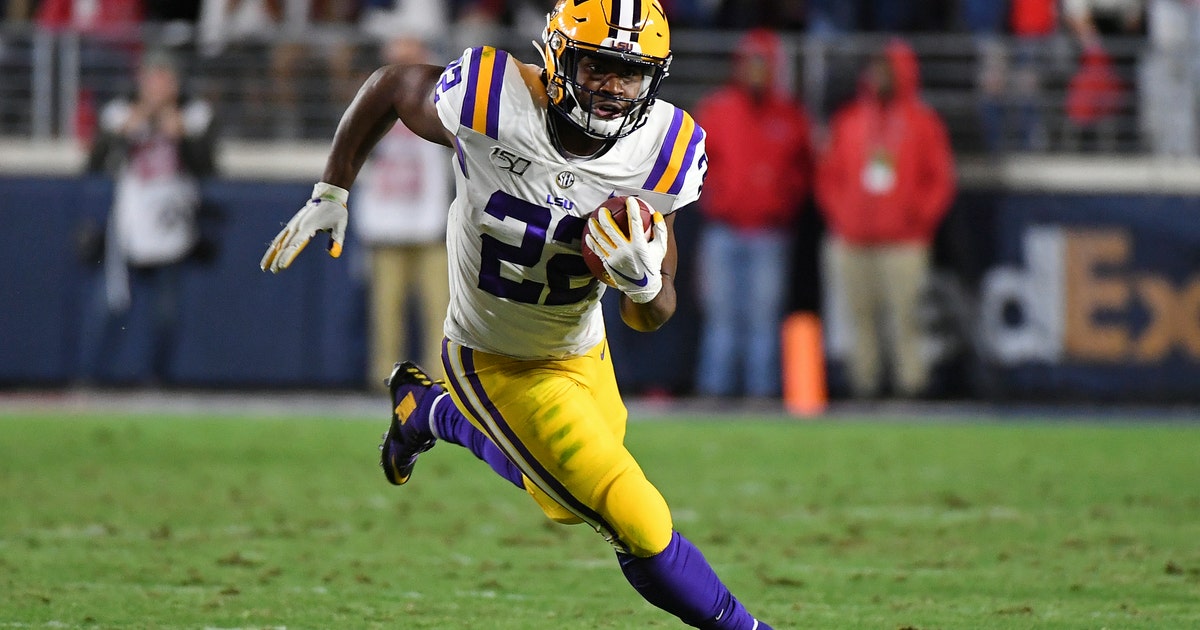 Tests are ongoing, Orgeron said, adding that he does not know the extent of Edwards-Helaire’s injury and that he’s “not sure that Clyde can play or can’t play yet” when No. 1 LSU meets Oklahoma in the national semifinals at the Peach Bowl on Dec. 28.

Edwards-Helaire is LSU’s leading rusher with 1,290 yards and 16 touchdowns. He also has 50 receptions for 399 yards and one TD.

While LSU is deep at running back, Edwards-Helaire has excelled in varaious roles, from pass-blocking and straight-on power running to catching passes out of the backfield.

“Clyde’s so versatile, we might need three guys to do what he needs to do if he can’t play,” Orgeron said.

Orgeron says Edwards-Helaire is not practicing for now and will be re-evaluated after getting some rest.

The coach says the running back’s injury was a non-contact injury and also called it “very unusual.”

If LSU defeats Oklahoma, it would play for a national championship in New Orleans on Jan. 13 against the winner of the Fiesta Bowl, which matches second-seeded Ohio State against third-seeded Clemson.