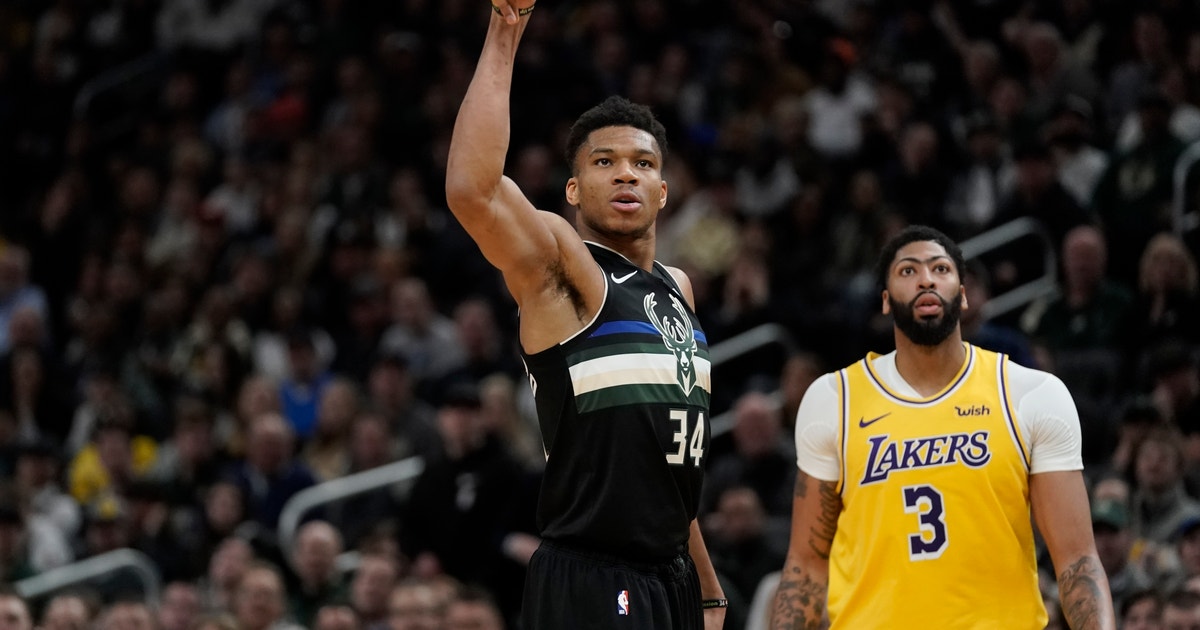 MILWAUKEE (AP) — Giannis Antetokounmpo had 34 points and 11 rebounds, and the Milwaukee Bucks beat LeBron James and the Los Angeles Lakers 111-104 Thursday night in a showdown of the NBA’s top teams.

Antetokounmpo had seven assists and a career-best five 3-pointers, and George Hill added 21 points off the bench for the Bucks. Milwaukee improved to 25-4 after ending an 18-game winning streak against Dallas on Monday night.

James had 21 points, 12 rebounds and 11 assists for his seventh triple-double of the season, and Anthony Davis had 36 points and 10 rebounds for Los Angeles. The Lakers dropped to 24-5 largely because their bench was outscored 34-4 by the Bucks’ reserves.

Milwaukee led by six after the first quarter then opened the second with a 20-7 run. Davis and James combined to shoot 6 for 20 in the first half, and the Lakers had 10 turnovers. The Bucks led 65-46 at the break.

Mills had 21 points in the second half, shooting 5 for 8 on 3-pointers as the Spurs rallied from a 14-point deficit to beat the Nets for the 17th straight home game.

Brooklyn’s Kyrie Irving missed his 17th straight game with a right shoulder impingement. Dinwiddie tried to cover by shooting 14 of 29 from the field, eclipsing his career high by two points.

ATLANTA (AP) — Donovan Mitchell scored two of his 30 points on a tricky baseline drive that put Utah ahead for good.

Mitchell faked a pass from under the basket before slamming the breaks and connecting from beneath the backboard with 3:47 left. That made it 101-99, and he cemented the win with two free throws with 13 seconds left.

The Jazz won their fourth straight game by dominating near the rim. They outscored the Hawks 62-46 in the paint and outrebounded them 52-39. Rudy Gobert had 20 points and 13 rebounds for Utah.