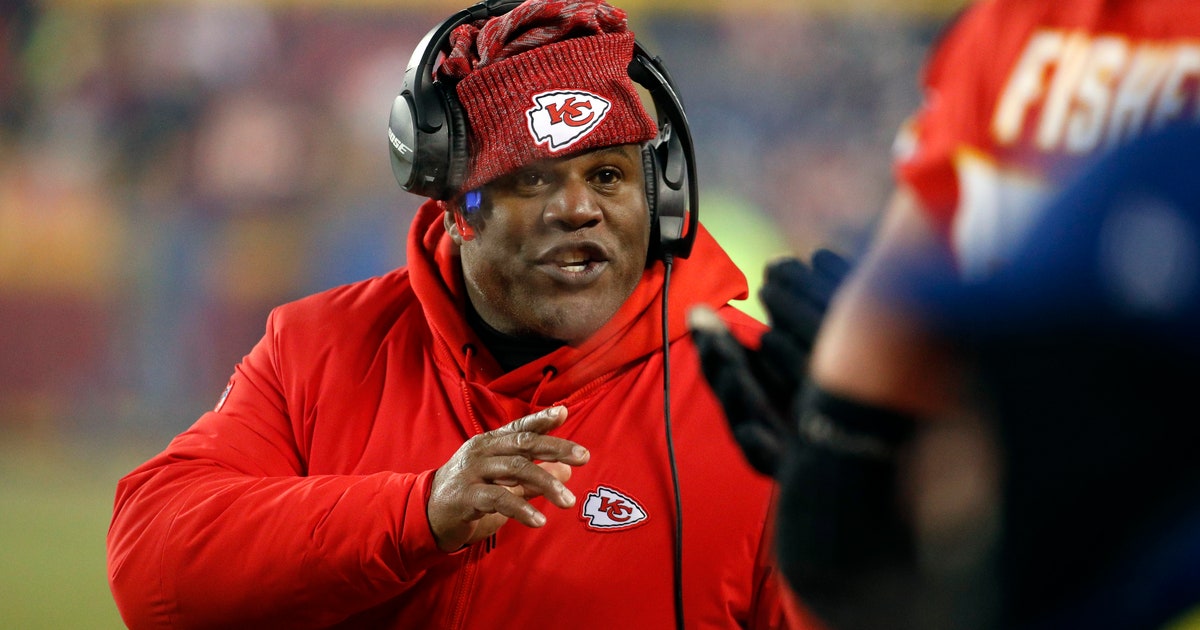 CLEVELAND — The Cleveland Browns are interviewing Chiefs offensive coordinator Eric Bieniemy in Kansas City to possibly be their next head coach.

Bieniemy is the third candidate to interview with the Browns, who met Thursday with former Green Bay coach Mike McCarthy at their facility and traveled to Baltimore to speak with Ravens offensive coordinator Greg Roman. Browns owner Jimmy Haslam wants to hire a coach first before turning his attention to finding a new general manager following John Dorsey’s sudden departure this week.

The 50-year-old Bieniemy has been on Cleveland’s radar for some time, mostly because he worked with Dorsey in Kansas City. However, he was not one of the candidates the Browns interviewed during their coaching search early in 2019 before the team hired Freddie Kitchens.

Bieniemy played nine seasons in the NFL before he got into coaching, first at Colorado, his alma mater. He’s been with the Chiefs since 2013 and has worked with Browns running back Kareem Hunt, who led the league in rushing as a rookie in 2017.

Bieniemy is in his second season as Kansas City’s offensive coordinator. Under his watch, quarterback Patrick Mahomes has blossomed into a superstar. Last season, he became just the second player to throw for more than 5,000 yards and 50 touchdowns in one season and was named MVP.