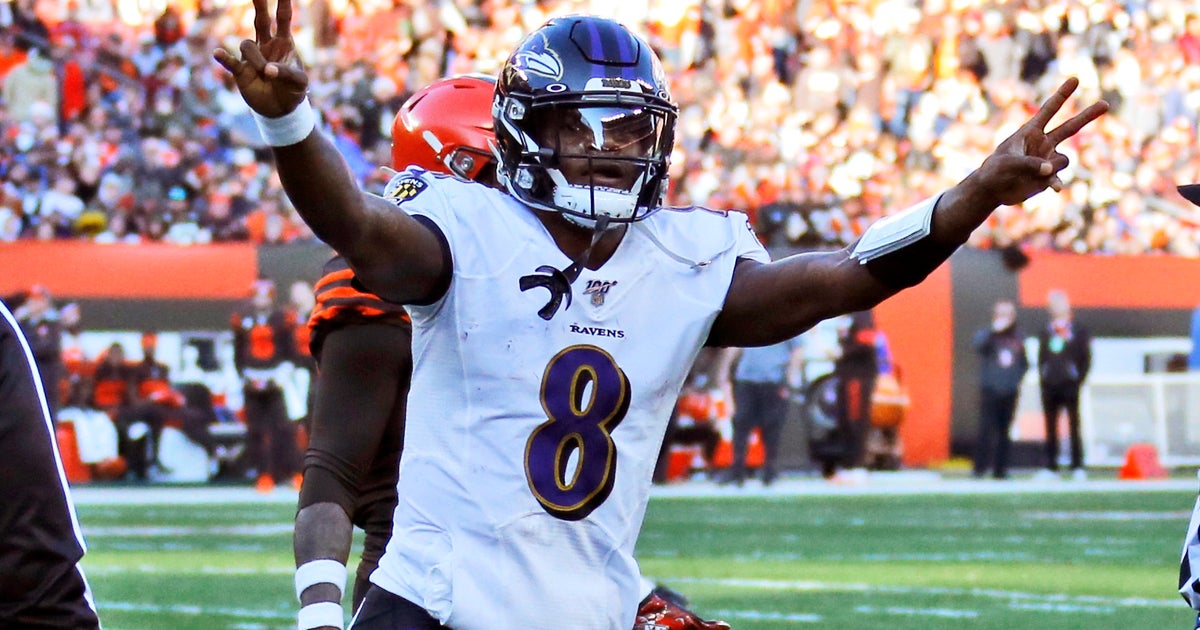 OWINGS MILLS, Md. (AP) — Going up against opposing NFL defenses was far easier for Lamar Jackson than fighting the flu, which got the best of the All-Pro quarterback as the Baltimore Ravens prepare for the playoffs.

It’s a good thing the regular-season finale was essentially meaningless to the top-seeded Ravens, and that Baltimore (14-2) has a bye in the first round. Because Jackson was in no condition to play last Sunday or practice early this week.

“I really don’t get sick,” Jackson said after Friday’s workout. “It was like a stomach bug or something. It was weird, a nasty feeling. Numbness. But I’m over it. I’m 100 (percent) right now.”

Over the first 15 games of the season, Jackson ran for 1,206 yards, threw 36 touchdown passes and led the Ravens to 13 wins. He was inactive for the finale, as planned, which turned out to be a blessing for the team and its second-year quarterback. Jackson was bundled up on the bench and watched in the rain for as long as he could, but there came a point when he had to concede to his illness.

“I had to leave because my stomach started messing with me,” he said. “So I had to stay inside and watch the game. But I was happy, excited. I started jumping up a little bit.”

With their 28-10 win over the Steelers, the Ravens extended their winning streak to 12 games. Baltimore finished the regular season with the best record in the NFL, and much of the credit goes to Jackson, who was named to The Associated Press NFL All-Pro Team on Friday.

Jackson may ultimately add an MVP Trophy to the mass of hardware presented to him during this dream season. But the only prize he cares about it the Lombardi Trophy, which goes to the Super Bowl winner.

“It’s cool,” he said of the All-Pro vote. “But all the accolades and stuff like that, I’ll check that another time. I’m trying to chase something else right now. I don’t even have a place for the (2016) Heisman. I still just have that in a box.”

Jackson has endeared himself to those in he locker room for his willingness to put the team ahead of individual accomplishments. That doesn’t mean they won’t make fun of him when the opportunity presents itself.

Although Jackson clearly felt awful up to the middle of the week, linebacker Matthew Judon expressed no sympathy.

“Did Lamar feel sorry for me when I had to play (against the Steelers)? No he didn’t,” Judon said with a wide smile. “I didn’t feel sorry for Lamar. He’s a grown man. He took care of it. He came here and got treatment. He was a pro about it. He tried not to get anybody sick and he looked all right today.”

The Ravens practiced Tuesday, Thursday and Friday before taking the weekend off. Tight end Hayden Hurst returned to practice Friday after a similar battle with the flu.

“The biggest thing probably is getting those guys back up to weight with fluids and stuff like that,” coach John Harbaugh said. “But Lamar had a heck of a practice and he looked 100 percent.”

Baltimore’s first postseason game will be on Jan. 11, at home against either Tennessee, Buffalo or Houston.