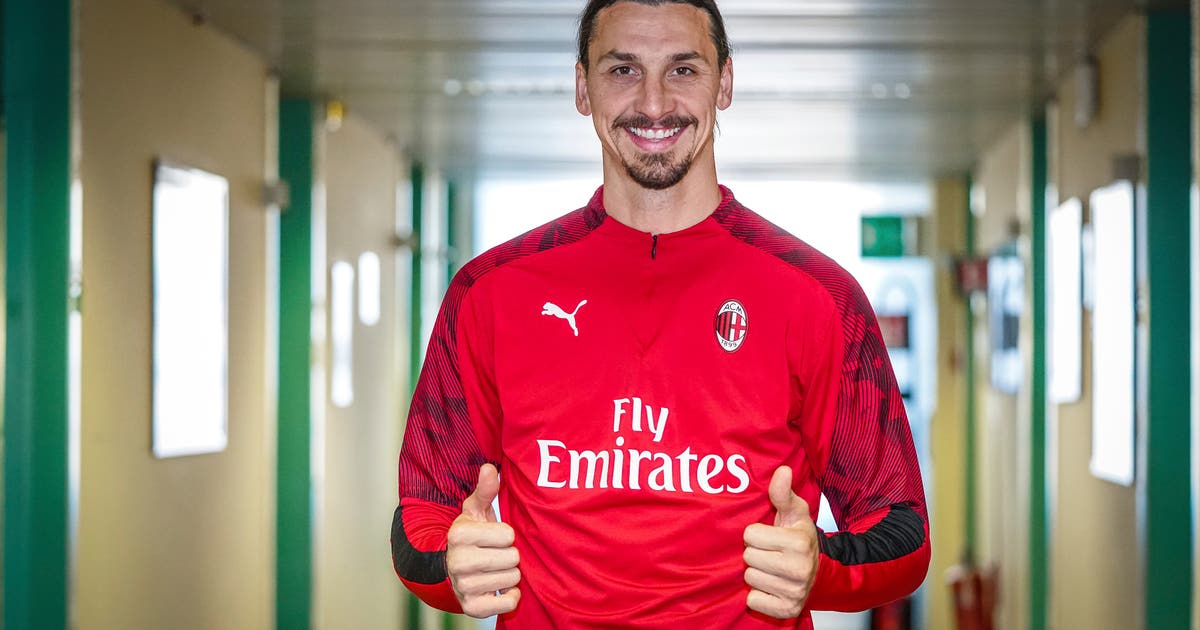 MILAN (AP) — Zlatan Ibrahimović is giving himself six months to see if he can still play elite-level soccer with one of Europe’s storied clubs.

The 38-year-old striker was presented by AC Milan on Friday after signing a deal until the end of the season with an option to extend for another year.

“These six months will be key to see if I’m in form and can provide results. Otherwise I’m not going to stay just to be here. That doesn’t interest me,” Ibrahimović said. “The challenge of being at the top level provides me with a lot of adrenaline.

“I haven’t seen many 38-year-old footballers return to a club like this. But if they’ve signed me it means they believe in me. It’s a test for me to see if I’m doing the right thing. … I received more requests at 38 than I did at 28.”

Ibrahimović said his children helped him select the No. 21 shirt. He could make his debut against Sampdoria at the San Siro on Monday.

Returning to the club he left nearly eight years ago, Ibrahimović is being counted on to make an immediate impact on a team in 11th place and still reeling from a 5-0 loss to Atalanta — Milan’s biggest Serie A defeat in more than two decades.

“Milan is still Milan. History can’t be changed,” Ibrahimović said of the seven-time European champions. “I’m coming to help the club. We can do much more but let’s go one match at a time. It’s a marathon, not a 100-meter sprint.”

Added Zvonimir Boban, Milan’s chief football officer: “We’re convinced that Ibra can change our season and give everyone a hand.”

Ibrahimović helped Milan to its last Serie A title in 2011. He has since played for Paris Saint-Germain, Manchester United and the LA Galaxy.

“Milan is like my home,” he said. “It brings me back to the joy of playing football.”