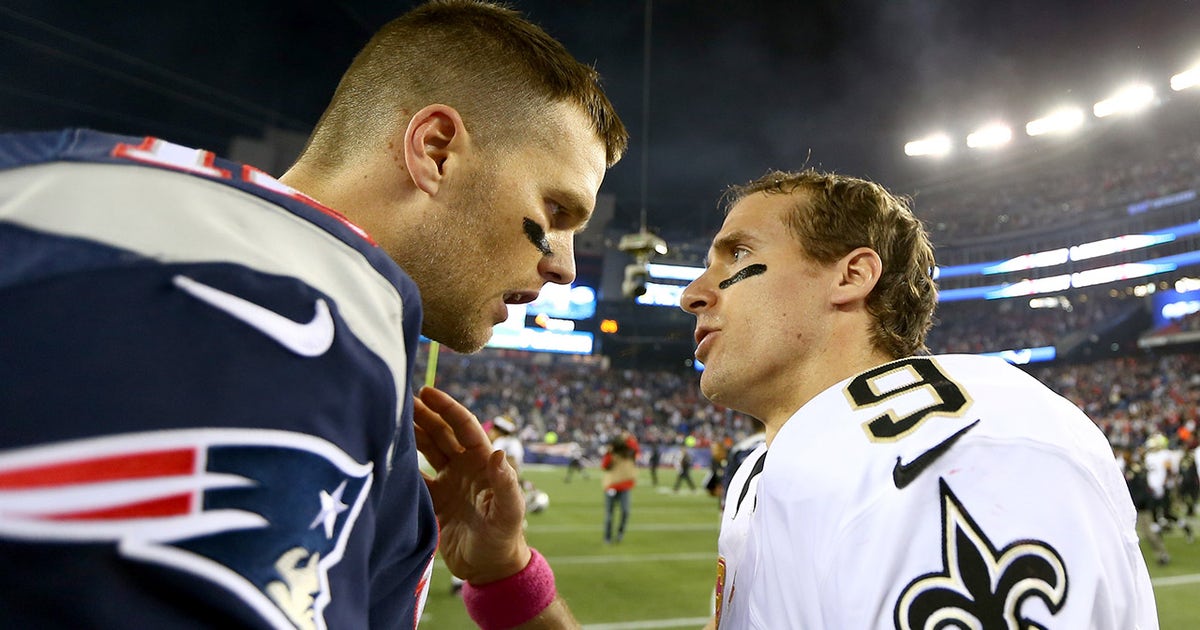 And so the National Football League playoffs are upon us again, a time when there is no substitute for experience and guile. Front and center during the Wild Card round, oh-so-fittingly, are two men who may set records for longevity and who are hoping that, this year, three is the magic number.

Tom Brady and Drew Brees both have Super Bowl aspirations and couldn’t care less that countless statisticians and prognosticators don’t particularly favor the chances of either the New England Patriots or the New Orleans Saints of getting there.

As No. 3 seeds in the AFC and NFC respectively, Brady and Brees find themselves coming into the postseason sharing a somewhat peculiar scenario — for them, at least. For the first time in a long time, perhaps ever, it has been suggested that neither are currently the most important contributor to their team’s success.

Of the two, Brady has come far more strongly under the microscope, having posted one of the most disappointing returns of his career. He has thrown for over 4,000 yards and 24 touchdowns, but has a passer rating of just 88.0 — good enough for only 19th among NFL quarterbacks — as his team’s offense first stuttered, then showed signs of shutting down.

Through it all, the Patriots still racked up a 12-4 record, but it has escaped no one’s notice that they have had a soft schedule and have been bolstered by a spectacularly excellent defense.

“It’s over for the Patriots,” former NFL player and scout Bucky Brooks said on FS1’s Speak For Yourself. “It’s over because their quarterback is the worst quarterback in the playoffs. He ain’t the guy anymore. So that’s what it is. In the playoffs, it’s about quarterback play and when I look at the numbers … Tom Brady, it’s over.”

“Tom Brady isn’t going to play anywhere else. … Over the course of 2 decades, he’s never had a losing season, never had a season under .500. He’s not going to go somewhere else & find a better head coach. It makes all the sense in the world Tom Brady comes back.” —@ChrisCanty99 pic.twitter.com/baiKxeN1mT

Brady has had his detractors for much of the campaign, but alarm bells universally started to chime when a Week 17 defeat to the Miami Dolphins shoved New England out of the top two positions in the AFC and meant they must host the Tennessee Titans this weekend, instead of relaxing with a bye.

His all-time greatness is secure and the discussion of who was the best athlete of the 2010s essentially boiled down to him and LeBron James, but he can’t shake off the shroud of doubt right now.

On Undisputed, Skip Bayless insisted New England’s title hopes would end this weekend, and with them Brady’s Foxborough tenure.

“I believe Saturday night will be the last game Brady plays in a Patriots uniform,” Bayless said.

Brady and Brees are 42 and 40 years old, respectively. Both must have drunk from the fountain of youth at some point to still be going at those advancing years. For all the recent skepticism, Brady has appeared in the last three Super Bowls, taking his tally of rings to six. Over recent weeks, Brees claimed Peyton Manning’s all-time touchdown record, with Brady hot on his heels.

For Brees, his late career upturn came about when he realized that immortality for football players exists only with their legacies, not their arms.

“The Titans have the type of team that could cause the Patriots problems.” — @ShannonSharpe pic.twitter.com/CNkGmakC8L

“When you realize it’s not (going to) last forever, I think your career kind of flashes before your eyes,” Brees told ESPN. “And I think you just become very grateful for the opportunity.”

Brees has had a remarkable career but just the one Super Bowl appearance — a winning one in the 2009 season — to show for it. The Saints felt robbed 12 months ago when a highly-questionable call fell in favor of the Los Angeles Rams in the NFC title game, and this is a chance to put it right, starting with Sunday’s clash against the Minnesota Vikings.

FOX Bet has the Saints as overwhelming favorites at home, with a 7.5 point spread, New Orleans at -225 to win and the Vikings as +280 underdogs.

No one is writing Brees off in the same manner as Brady; the questions surrounding the Saints QB came when he missed five games with torn thumb ligaments, an ailment that still forces him to wear a hand brace. However, no defense has been able to stifle him of late, with the Saints’ only defeat in their last seven games coming in a 48-46 shootout with the San Francisco 49ers.

Having Michael Thomas to aim at as the most electrifying wide receiver threat in the game certainly helps, but Brees has done enough to show that he should have little fear about walking through the NFC gauntlet of fire.

With Lamar Jackson doing miraculous things for the Baltimore Ravens via a special brand of youthful athleticism, it has sometimes seemed this season like a changing of the guard is upon us. That may be the case, and if the Saints and Patriots are both bumped into the offseason this weekend, it would add weight to the theory.

Yet with 38 combined seasons and 82 combined years notwithstanding, toppling Brady and Brees must still surely rank among the tougher challenges in football. In NFL terms, yes, they’re old, but they’re very much alive and kicking.

Which playoff teams will advance based on their QB alone?@ColinCowherd fills out his ‘Quarterback Face’ bracket: pic.twitter.com/URUIILwQIv