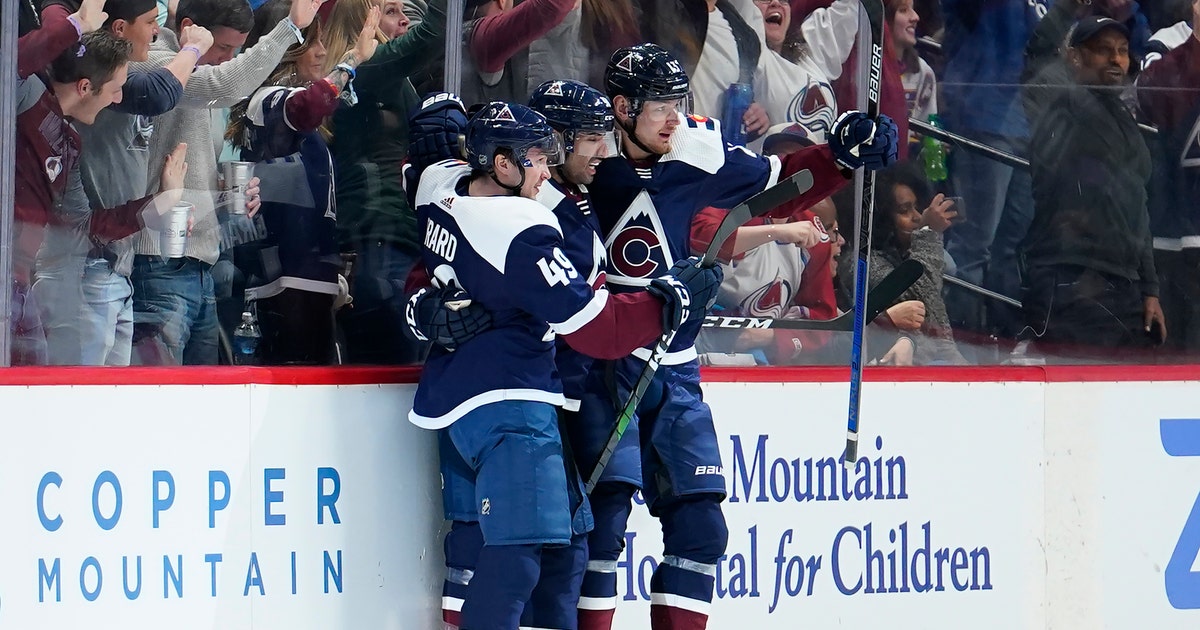 Rookie defenseman Cale Makar added a power-play goal and an assist for the Avalanche, who also ended a six-game losing streak to the Blues, including two losses earlier this season in St. Louis. Mikko Rantanen J.T. Compher also had power-play goals, and Joonas Donskoi had the other goal for the Avalanche. Samuel Girard finished with four assists.

Robert Thomas had two goals and Alex Pietrangelo also scored for St. Louis, which lost its second in a row after winning the previous eight.

The Blues trailed 3-0 before Thomas got St. Louis on the board with a wraparound shot that beat goalie Philipp Grubauer with 6:18 left in the second. With the Blues on the man advantage, Ryan O’Reilly won a faceoff, sending the puck to Pietrangelo, who knocked in a shot that pulled St. Louis to within a goal with 3:41 left in the period.

Colorado answered with its second power-play goal of the night with 15 seconds remaining in the middle period on a shot by Makar, allowing the Avalanche to regain a two-goal lead.

Jake Allen replaced Jordan Binnington in the net for St. Louis for the remainder of the game. Binnington finished with 34 saves and Allen stopped the one shot he faced.

MacKinnon converted a St. Louis turnover in Colorado’s zone into a breakaway that led to the game’s opening goal with 11 seconds left in the first as he wristed a shot past Binnington.

The Avalanche added two goals in the first half of the second period. Kadri knocked in a rebound for his first of the night at 3:20. The Avalanche were in a 5-on-3 power play when Rantanen got a cross-ice pass from Makar and wristed a shot into the net from center of the right circle at 7:40.

Avalanche: At New Jersey on Saturday night to open a three-game trip to the New York area.