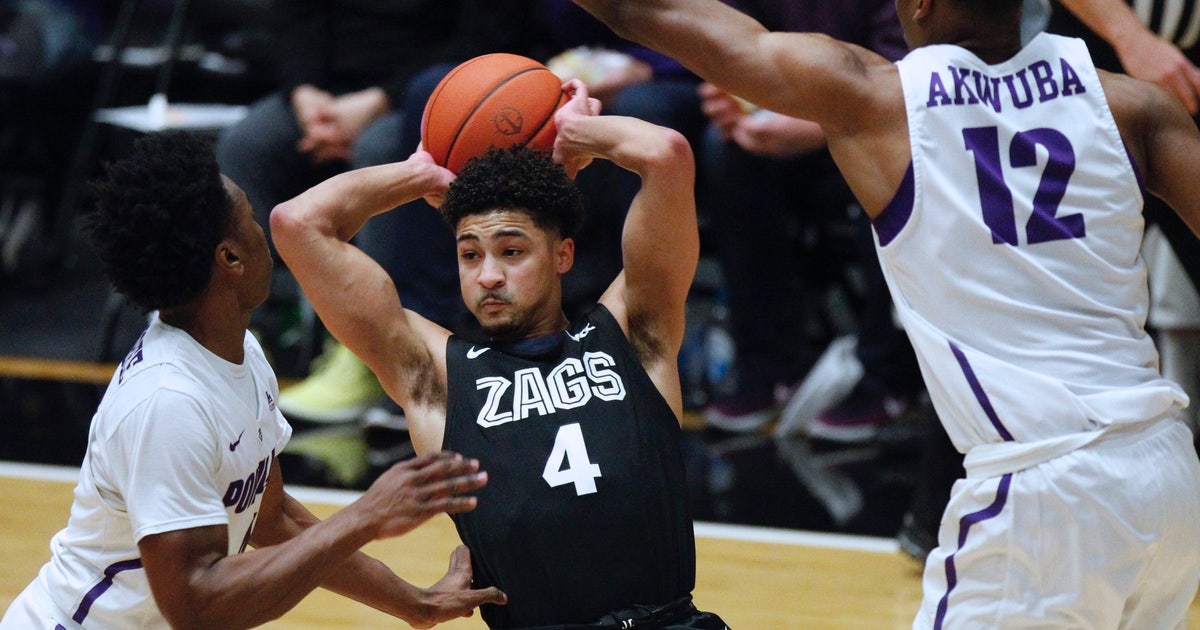 PORTLAND, Ore. (AP) — Killian Tillie had 22 points and Corey Kispert added 18, and top-ranked Gonzaga rallied in the second half to beat Portland 85-72 on Thursday night for the Bulldogs’ 12th straight victory over the Pilots.

Ryan Woolridge had 15 points for Gonzaga (15-1), which opened West Coast Conference play with its seventh straight win. The Bulldogs’ lone loss this season came in the Bahamas on Nov. 29 to Michigan.

The Bulldogs entered as the top scoring team in the nation, averaging 88.5 points per game, but the Pilots surprisingly took a 42-35 lead into halftime, stunning the sizable contingent of Zag fans at the Chiles Center.

A 16-0 run early in the second half gave the lead back to Gonzaga, which led by as many as 18 points.

Theo Akwuba’s layup and consecutive baskets from Quincy Ferebee gave the Pilots a 24-21 lead with 8:43 left in the opening half.

Portland stretched the lead to 32-27 following Isaiah White’s 3-pointer, and the Pilots’ bench celebrated wildly when Walker’s fast-break layup fell to make it 34-29.

The Pilots made 6 of 8 3-point attempts in the first half, while Gonzaga was 2 for 10 from the perimeter.

But the Bulldogs closed the gap early in the second half on Woolridge’s layup and a 3-pointer to pull within 47-46. Tillie’s layup and dunk gave Gonzaga back the lead at 50-47. Timme’s free throws capped the 16-0 run, which made it 55-47.

Gonzaga: Coach Mark Few has lost just twice to the Pilots. … Kispert led all scorers at the half with 11 points. … The Bulldogs came in as the only team in the country with six players averaging in double figures. … Gonzaga went 16-0 in conference play last season. … Gonzaga alum and current Portland Trail Blazer Zach Collins was among the Bulldog fans at the game. Afterward, the team applauded the crowd from the floor.

Gonzaga: The Zags return to Spokane to host Pepperdine on Saturday.