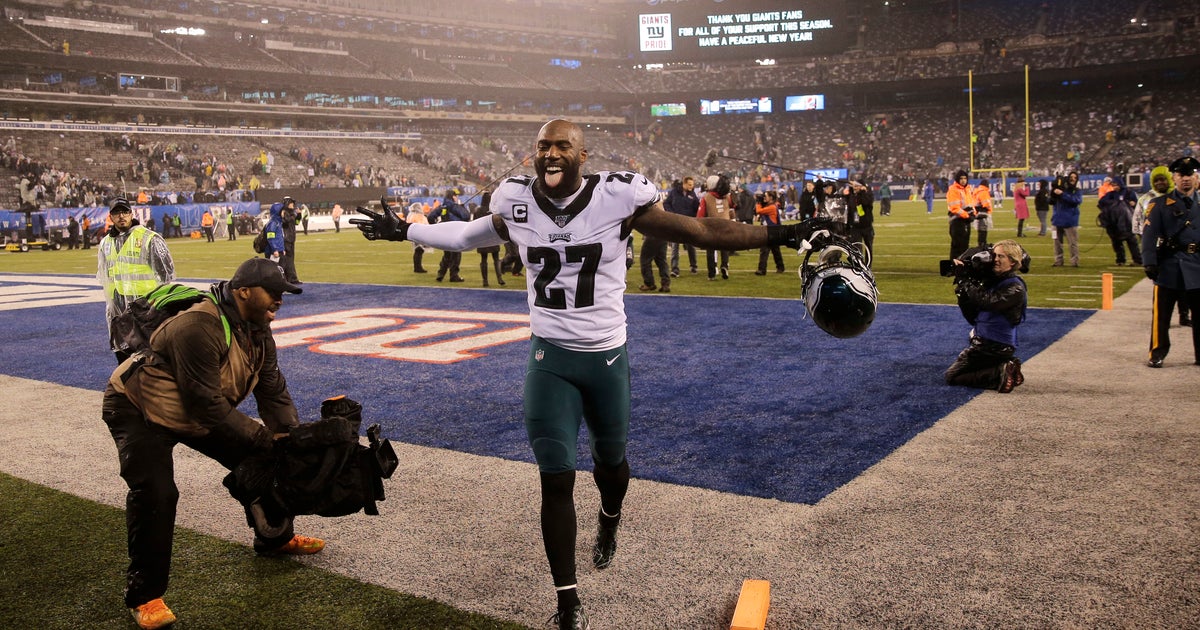 PHILADELPHIA (AP) — Malcolm Jenkins is quite the ironman.

The Philadelphia Eagles‘ three-time Pro Bowl safety has played 2,420 consecutive defensive snaps since the start of the 2017 playoffs and has only missed 90 out of 5,669 snaps in his six seasons with the team.

It’s a remarkable streak of endurance. On a team that has lost countless key players to injuries, Jenkins’ availability stands out.

“It’s harder to get to the game,” Jenkins said about battling through the daily grind and overcoming the nagging pains. “During the week, being able to get to the game week in and week out, is probably the harder part.”

Jenkins has played every snap in five of his six seasons in Philadelphia. He sat out several plays in 2017 during two lopsided wins and a meaningless regular-season finale as the Eagles prepared to enter the playoffs as the No. 1 seed. He said he remembers he jammed his finger once and came out for a couple plays, but he wasn’t sure in what game.

Fellow safety Rodney McLeod almost played every snap this season but missed a few plays because he lost his cleat once and he had to go to the bathroom another time.

Jenkins is a vocal leader for the Eagles and a versatile player who lines up everywhere in Jim Schwartz’s defense.

Jenkins led the Eagles with 80 tackles, forced four fumbles and had 2 1/2 sacks. He plays safety, cornerback and linebacker and does whatever is needed.

“Malcolm plays consistently every week,” Schwartz said. “He’s steady as can be and he’s a good tackler. The job of our guys behind the line is always to sort of fill gaps and make guys right. We’re really not a paint-by-numbers team where everybody has a particular spot. We tend to attack up front and play off of those guys.

When the Eagles (9-7) host the Seattle Seahawks (11-5) in an NFC wild-card game on Sunday, Jenkins will play in his 12th playoff game.

He won a Super Bowl with New Orleans in his rookie season in 2009 and another one with the Eagles two years ago. His teams are 8-3 in the playoffs.

Jenkins, who turned 32 last month, advised his younger teammates that they don’t have to stray from their usual roles just because it’s the playoffs.

“The biggest thing is you want to convince young players that it’s no different because really, it isn’t,” Jenkins said. “The only thing that’s different is the fanfare and the looming doom of your season, but the game is all the same and I made a mistake early in my career, it’s the playoffs and you want to start making those splash plays and things like that, but it really comes down to who can execute the small things in the big pressure situations and often the hype and hoopla makes you lose sight of just the small things, your technique, your details.

“So the veterans just try to convince them that it’s no different than the last month that we’ve been in and get them to focus more on the task at hand and the context of the situation.”