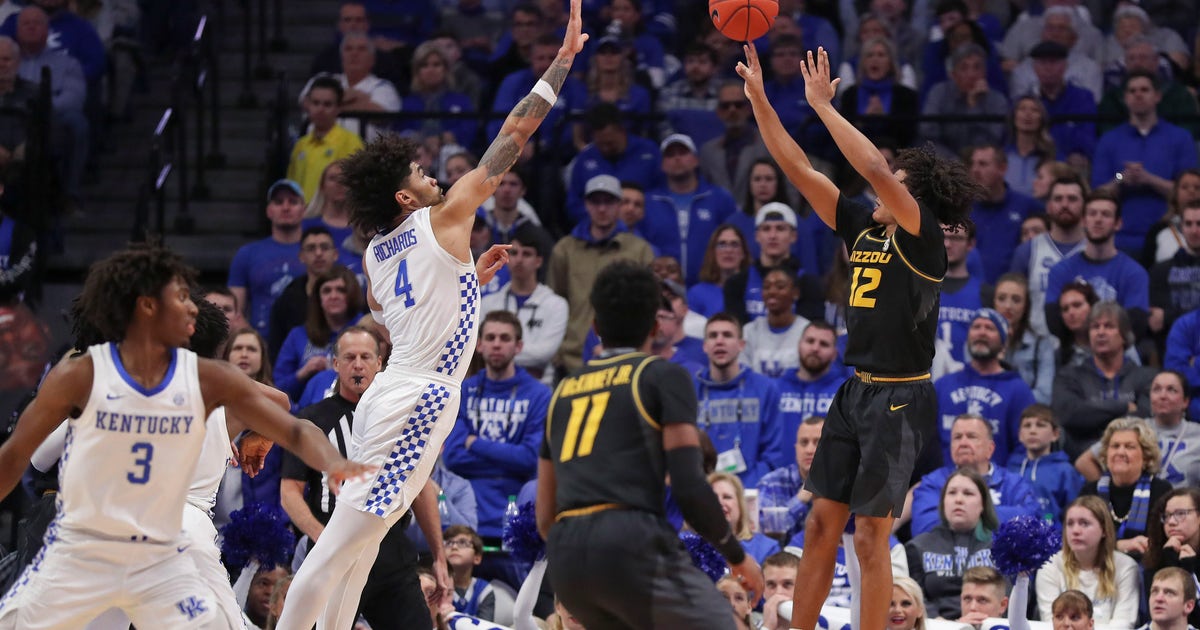 LEXINGTON, Ky. — Immanuel Quickley scored a career-high 23 points, Nick Richards had 21 and No. 17 Kentucky beat Missouri 71-59 Saturday in the Southeastern Conference opener for both schools.

Richards went 9 for 13 from the field and grabbed 12 rebounds for his second consecutive double-double. The junior forward also blocked four shots before fouling out with 3:52 left.

Dru Smith had 11 points and Kobe Brown nine for Missouri, which had won four in a row. The Tigers shot 39% and were outrebounded 33-26.

Missouri: The Tigers’ quest for their first-ever Rupp Arena win began well enough as their defense aggressively denied inside chances while their shooters delivered from outside. That physical game also helped put Kentucky on the line often, resulting in a huge disparity on free throws. They didn’t have an answer for Richards, who was free on most of his opportunities.

Kentucky: The Wildcats started sluggishly from the field after a week off, missing six of seven shots while allowing the Tigers to make shots from deep. Richards was the steadying presence on both ends but especially with the ball, converting a pair of 3-point plays to keep them in the game before Quickley delivered from deep. Freshman guard Johnny Juzang missed the game with an illness, leaving them with just eight scholarship players.