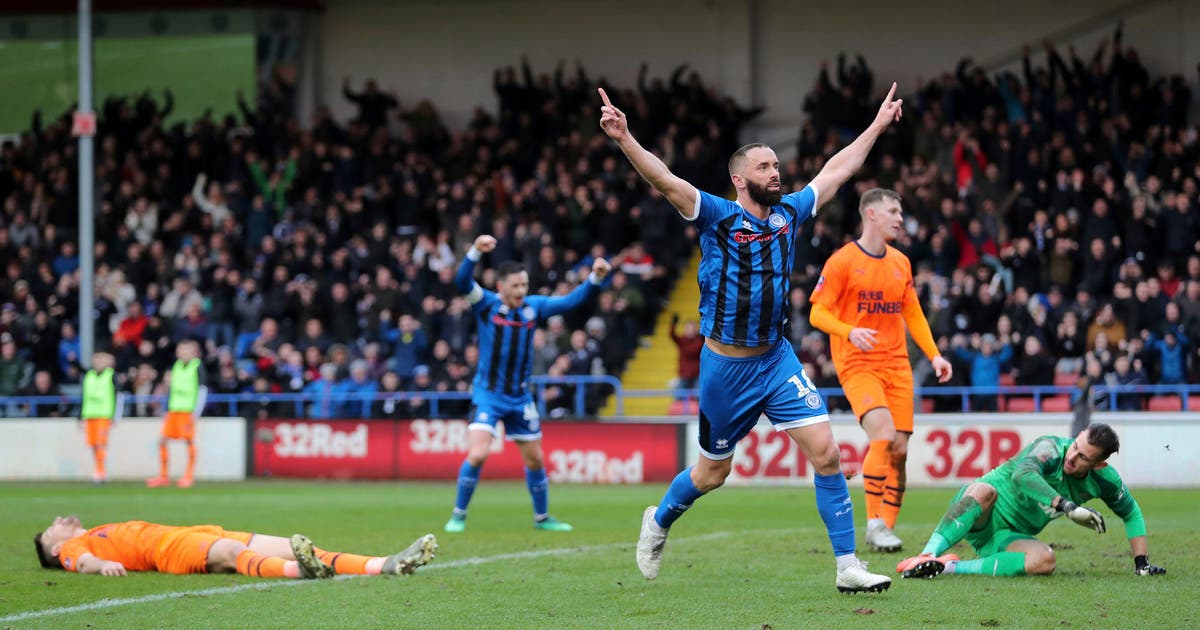 Newcastle was taken to a replay by third-tier Rochdale in the third round of the FA Cup on Saturday, continuing the Premier League team’s poor recent record in the world’s oldest club knockout competition.

Aaron Wilbraham, a 40-year-old striker, equalized in the 80th minute to earn Rochdale a 1-1 draw against Newcastle, which has not gone beyond the fourth round since 2006.

Miguel Almiron gave Newcastle a 17th-minute lead with his second goal in two weeks, the Paraguay playmaker having gone his first 11 months at the northeast club without scoring.

A replay, which is likely to take place on Jan. 14 or 15, was the last thing Newcastle needed. Its squad was hit hard by injuries during the packed festive schedule and now has an extra game to contend with in what also will be a busy January.

Newcastle and Burnley could be embroiled in relegation battles this season – both are in the bottom eight and rotated their lineups on Saturday.

A one-minute delay precedes the games to raise awareness of a mental-health campaign, “Heads Up,” which is spearheaded by English Football Association president Prince William.