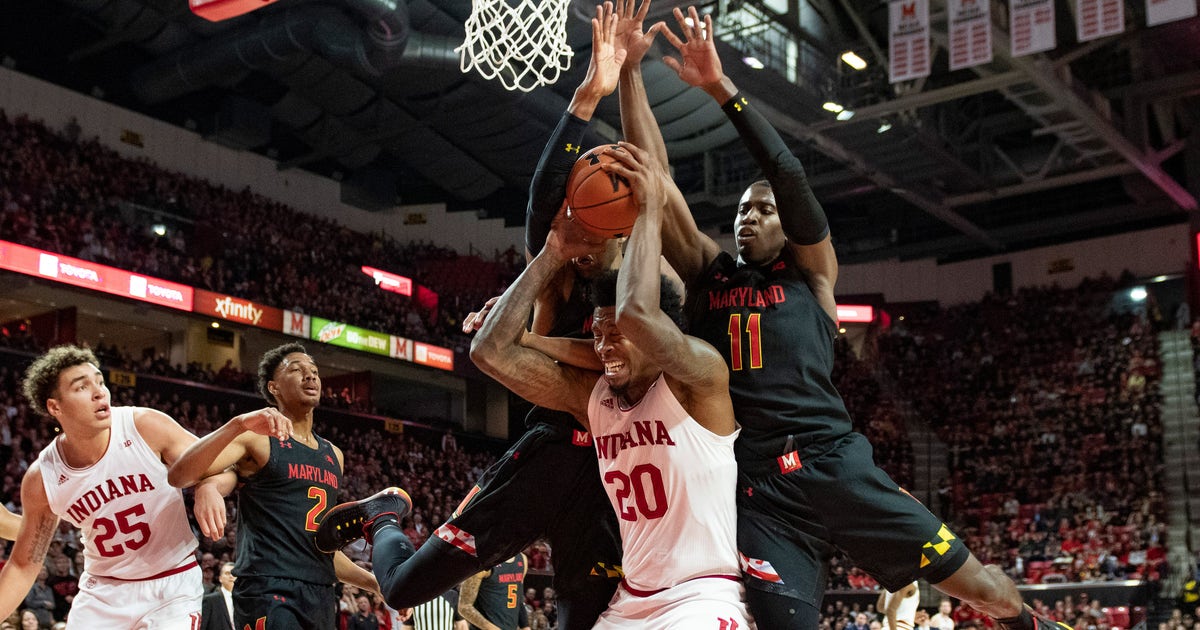 COLLEGE PARK, Md. — Jalen Smith scored 19 points, Aaron Wiggins and Anthony Cowan Jr. had 13 apiece and No. 15 Maryland returned to form with a 75-59 rout of cold-shooting Indiana on Saturday.

Darryl Morsell scored 12 for the Terrapins (12-2, 2-1 Big Ten), who climbed to No. 3 in mid-December before losing successive games to Penn State and Seton Hall. An unimpressive win over Bryant followed on Dec. 29, but Maryland opened the New Year in dominant fashion against the Hoosiers (11-3, 1-2).

Indiana trailed 71-41 with 3:44 left before using a late surge to avoid its lowest point total of the season.

Devonte Green scored 18 for the Hoosiers, with most of those points coming in the final meaningless minutes. Indiana 6-foot-11 center Joey Brunk had nine points and 10 rebounds, but the Hoosiers could not supplement his inside play with jumpers from the outside.

Indiana went 4 for 18 beyond the arc, missing 12 of its initial 13 attempts, and shot only 36 percent from the floor.

After Indiana cut an 11-point deficit to 36-33, Terps freshman Donta Scott hit a jumper, Cowan and Eric Ayala followed with layups and Cowan capped the 8-0 surge with two free throws.

Minutes later, Cowan drilled a 3-pointer and blocked a shot on the other end to set up a layup by Smith. Scott then turned an Indiana turnover into a fast-break dunk and Wiggins made two layups to cap the 11-0 run and make it 57-38 with 8 minutes to go.

The Terrapins got nine points from Morsell and eight from Smith in taking a 28-20 halftime lead.

Maryland missed 12 of its first 15 shots and trailed 16-11 before rattling off 11 straight points to take control. Indiana made only one basket over the final nine minutes of its lowest-scoring half of the season.

The Terrapins should be headed back up in the AP poll after this impressive blowout.

The Terrapins are 4-0 against Indiana at home since joining the Big Ten in 2014-15. Maryland trails the series 7-8 but won the most significant match-up, beating the Hoosiers 64-52 in the 2002 NCAA title game.

Maryland: Hosts No. 5 Ohio State on Tuesday night. The Buckeyes have dropped two in a row following an 11-1 start.