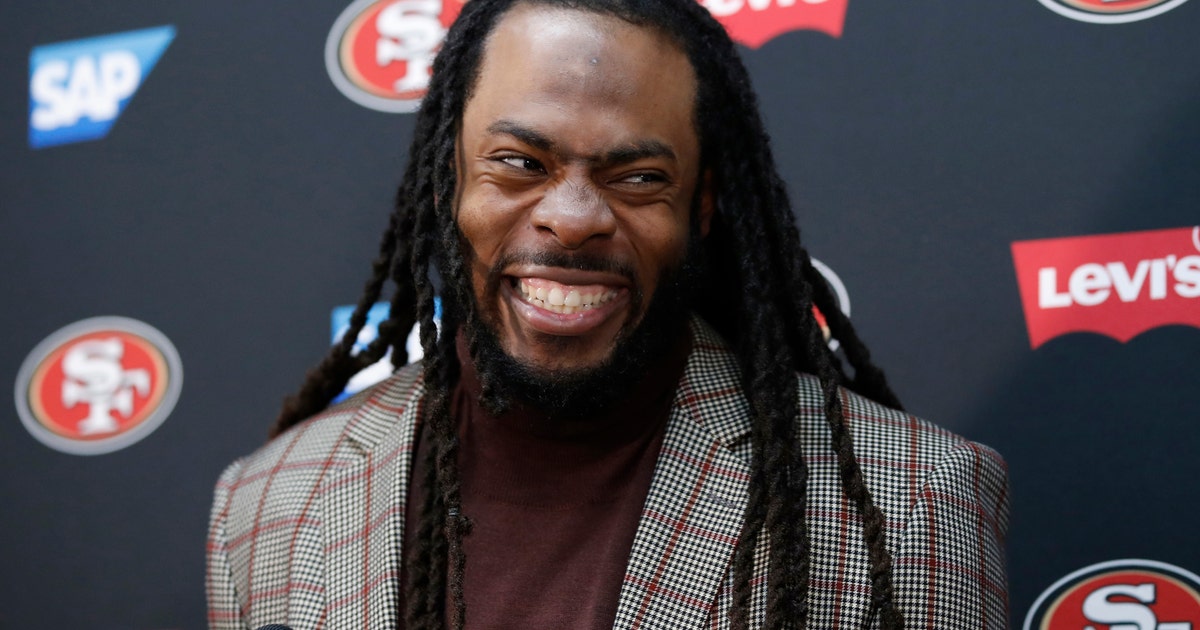 SANTA CLARA, Calif. (AP) — The bet Richard Sherman placed on himself when he personally negotiated a free-agent contract with the San Francisco 49ers that included significant incentive clauses is paying off in a big way.

Sherman was picked as a second-team All-Pro on Friday, earning him a $2 million bonus on the three-year contract he signed in 2018.

Sherman was criticized by some former players, media members and agents for negotiating his own deal without an agent. The contract he got coming off major surgery for a ruptured Achilles’ tendon was worth a maximum $39.15 million but only included $3 million that was fully guaranteed at signing.

“I felt like I made the right decision and I knew what I was doing when I did it,” Sherman said Friday. “That’s why it was frustrating to hear all the nonsense but when you have people saying stuff like that, you’ve got to wait for the long play. You’ve got to wait for the long play, and I keep all the receipts. I keep it in my back pocket because I know I’m going to be right at the end. I’m a very hard one to defeat in that regard.”

Sherman spent much of Friday calling out the critics on Twitter who questioned his decision not to use an agent. Sherman said he estimates he saved about $400,000 in agent fees this year.

Sherman had previously earned a $1 million bonus for making the Pro Bowl and was also given a $1 million playing-time bonus by the team even though he fell slightly short of the 90% threshold because of a late-season hamstring injury.

By making the Pro Bowl, Sherman also converted $1 million of per-game roster bonuses in 2020 into his base salary, increasing it to $8 million.

Sherman earned first-team All-Pro honors from 2012-14 and was a second-team pick in 2015. But he had a season-ending injury to his Achilles’ tendon in 2017, leading to his release from Seattle.

That’s when he joined the Niners and negotiated his own contract with the help of his wife, Ashley, and background material from the union.

He worked his way back to form last year and has played at a high level again this season. He had 11 pass breakups and three interceptions for his best totals since 2016. He also allowed only 5.6 yards each time he was targeted in coverage, his best rate in five seasons tracked by SportsInfo Solutions.

“I worked really hard to get back here,” Sherman said. “It’s a tremendous honor to get. But it’s even more special coming off the Achilles and knowing what I’ve been through and knowing the ups and downs of that injury and how it derails a lot of careers. I really wanted it. But you never know if it’s possible until it happens. So I’m thankful. Hopefully I can continue to grow and I’m just getting into my prime, as they say.”

All-Pro wasn’t the only honor Sherman received Friday. He also won the Garry Niver Award given out each year by local reporters to the player who is most cooperative and professional with the media.

Sherman also was joined in All-Pro honors by tight end George Kittle, who was named to the first team, and defensive tackle DeForest Buckner, who was a second-team pick.

Kittle had 85 catches for 1,053 yards and five touchdowns this season and is also one of the best blocking tight ends in the league.

“It is an honor,” he said. “But it’s something I’ll celebrate hopefully in a couple weeks after we win some more games.”

NOTES: The Niners will take the weekend off before they learn who their opponent will be in the division round on Jan. 11. They will face Minnesota if the Vikings win at New Orleans, or the winner of the Seattle-Philadelphia game. … WR Emmanuel Sanders was excused from practice for personal reasons.