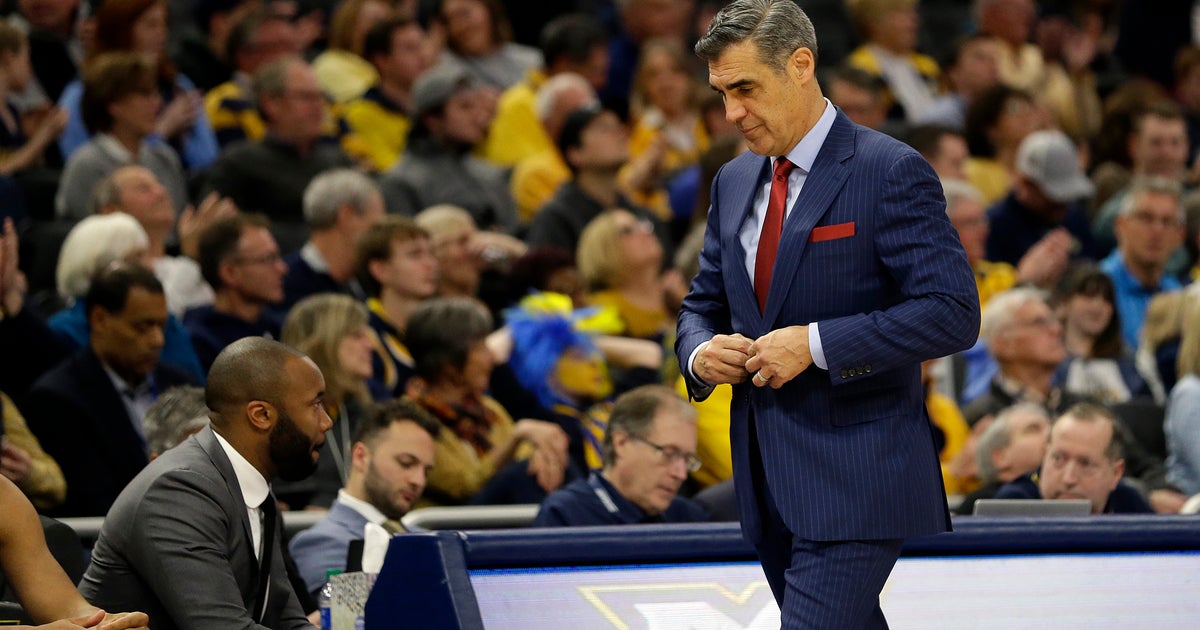 LAWRENCE, Kan. (AP) — The season was barely a week old when Michigan State lost to Kentucky in the Champions Classic, a defeat of the nation’s No. 1 team that could be written off easily as a high-profile battle of heavyweights on a neutral court early in the season that didn’t go the Spartans‘ way.

Then the Wildcats rose to No. 1 and lost to Evansville. Duke took over and lost to Stephen F. Austin. Louisville climbed to No. 1 and fell to Texas Tech. Kansas ascended to the top spot and lost at Villanova.

Good luck finding excuses for all those losses, other than perhaps this one: There is a parity party in college basketball this season unlike any in recent memory, and not even the bluest of the blue bloods is safe.

“Yeah, I hesitate to talk about ‘best team’ right now,” said Ohio State coach Chris Holtmann, whose own team climbed to No. 3 before losing three of its last five, including back-to-back games last week. “Who really knows?”

The Buckeyes‘ loss to unranked Wisconsin on Friday night was merely one eyebrow raiser in a week that showed that those early losses by No. 1 teams were merely the start of season-long upheaval. Fourth-ranked Oregon lost to Colorado, while Saturday brought losses by No. 9 Memphis and No. 10 Villanova — all to unranked opponents.

Asked whether the Buffaloes‘ win in their Pac-12 opener meant more because of the Ducks‘ lofty perch in the Top 25, coach Tad Boyle eschewed coach talk for a more candid response: “I think it does to our team.”

“But again, we’re 1-0 in league play. We’re not 2-0. We’re not 1-and-a-half-and-0. We’re 1-0. It’s one game,” Boyle added. “I know the national ranking and the Ducks have a lot of respect nationally, so I knew our players would be ready for that. These are the games you don’t have to get your guys up for and ready.”

That might offer a starting point in explaining an avalanche of upsets this season. But the quaint notion of the plucky underdog rising to the challenge has existed since the earliest of time — think David striking down Goliath, or the fall of the Roman Empire. And such upsets always left a mark on college basketball, whether it was North Carolina State winning the 1983 national title or UMBC pulling off the first 16-1 upset in the NCAA Tournament by beating Virginia.

So what else could be behind the rise of the unranked? The stumbles of the superpowers?

There are reasons for that, too. But the biggest may be that while playing at Cameron Indoor Stadium, Rupp Arena or Allen Fieldhouse will always have cachet, and big-name programs typically have better facilities, larger fan bases and far more resources, many prospects would rather play major minutes right away than enjoy other baubles.

The depth of talent also is greater than ever before.

Even if the best of the best — the top guns, if you will — still gravitate toward big-name programs, their ceiling isn’t a whole lot higher than prospects ranked well outside the top 100. Luke Garza picked Iowa over dozens of mid-major offers and has turned into arguably the Big Ten’s best center, and Dayton’s Obi Toppin has gone from a three-star prospect known only by a select few hardcore recruiting insiders to an All-America candidate and likely NBA lottery pick.

Rule changes also have impacted both the way teams play, and the biggest this season may be the extension of the 3-point line to the FIBA distance of 22.15 feet. The shot has been a game-changer ever since it was introduced in 1987, allowing smaller and often less-talented teams an opportunity to hang with the heavyweights simply by making shots. And while moving the line back was supposed to make it a more difficult shot and open up the clogged lane for big bodies, it also has created a bigger risk-reward situation where hot-shooting teams can soar and cold-shooting teams will sink.

When then-No. 1 Kentucky lost to Evansville, the Wildcats were 4 of 17 from beyond the arc. Villanova was 9 of 38 from the 3-point line when it lost to Marquette. Gonzaga was just 5 of 18 against lowly Pepperdine on Saturday, a big reason why the nation’s current No. 1 barely eked out a 75-70 victory over a 7-9 team.

All those factors have resulted in a season in which nobody is safe. This season was the first in which there were five different No. 1 teams before New Year’s Day, and only eight times have six teams reached the top spot. If a seventh makes it at some point, it would match 1983 for the most No. 1 teams since the AP poll began with the 1948-49 season.

“I just think it’s one of those years. Sometimes there isn’t a dominant team,” Villanova coach Jay Wright said. “I think a lot of it depends on who decides to come back. Remember that year Florida won it and they all came back? Everyone knew it right from the beginning, ‘All right, this is it.’ If someone does that, you’ll have a dominant team. If someone doesn’t — even Duke last year, they had all those great players but you just knew they’re freshman. They had never gone a full season.

“I just think this year there may not be a team that has everybody back who has been through all those situations,” Wright concluded. “It’s going to be tough to hold the No. 1 ranking for anybody this season.”