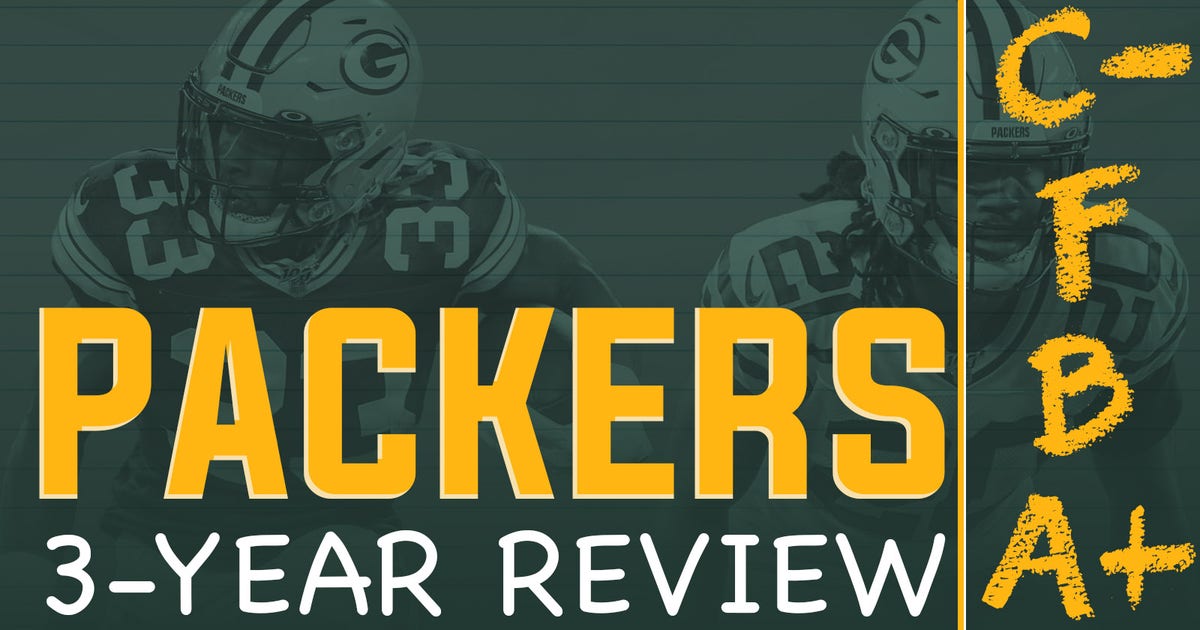 What ended up being Ted Thompson’s final draft as general manager of the Green Bay Packers definitely wasn’t his finest. After trading out of the first round, Green Bay addressed defense early and often in the draft. Of the 10 players selected, only four remain on the roster after three full seasons.

Let’s get out the red pen and gradebook to assess Green Bay’s Class of 2017. All marks are based on where the player was drafted and his production in Green Bay.

After battling injuries and being limited to 15 games over his first two seasons, King showed what he can do by intercepting five passes and tallying 15 pass breakups in 15 games last season. King hasn’t done enough to guarantee a contract extension from the Packers once his rookie deal ends after the 2020 campaign, but he’s been a solid cornerback when healthy.

Jones compiled 126 tackles, seven tackles for loss and one interception over 29 games (12 starts) for Green Bay from 2017-18. It all unraveled from there. Before the 2019 season, the versatile safety left the team’s voluntary offseason workouts early and rumors of a trade request emerged. Then Jones was kicked out of a practice that summer for fighting and was released by the team in late August.

Three years into his career, Adams impact on Green Bay has been … meh. The Auburn product was limited in his rookie year due to a foot injury and compiled just two tackles in seven games. He took a step forward in 2018 — 20 tackles, 1.5 sacks and one forced fumble in 16 contests — only to fall back last season with 11 tackles and no sacks while playing 18% of the defensive snaps in 14 games. Not great.

Thompson saved a familiar face for his fourth pick of the draft. Biegel, the Wisconsin Rapids, Wis., native who played 36 games for the Badgers from 2013-16, suited up for nine contests for Green Bay in 2017 and made 16 tackles — two for loss. He was released the following training camp and has split time in New Orleans and Miami ever since.

Eddie Lacy departed in free agency following the 2016 season, leaving Green Bay with a void at running back. Thompson addressed this issue with the 134th overall pick, bringing in Williams – BYU’s career leader in rushing yards (3,901). Out of the three tailbacks selected in 2017 (more on the other two later), Williams earned the first chance at taking over the lead back role as a rookie — 818 total yards on 178 touches. Over 46 career games, Williams has gone on to rush for 1,480 yards (3.8 average) while adding 725 receiving yards and 15 total touchdowns. Although he’s taken a back seat to 2017 classmate Aaron Jones, Williams is the best pass blocker among Green Bay’s running backs and continues to produce in the offense.

Yancey was waived in 2018 after sitting on Green Bay’s practice squad as a rookie. He was the third overall pick by the New York Guardians in the 2020 XFL draft but didn’t appear in a game due to a leg injury.

It took a while for Jones’ path to stardom to pick up momentum. The UTEP product was effective every time he touched the ball and even led the NFL with 5.5 yards per carry in 2018 (133-728). And still, head coach Mike McCarthy favored Williams at tailback. Finally, in his third season, Jones had a breakout year. New head coach Matt LaFleur gave Jones a large role in Green Bay’s offense and was rewarded for it, as the 25-year-old tallied 1,558 yards from scrimmage and an NFL-high 19 touchdowns. Finally, a home run for Thompson.

Nothing to report here. Amichia spent the entire 2017 campaign on the Packers’ practice squad and was released in 2018. He has yet to appear in an NFL regular-season game.

Mays, the final member of the 2017 draft class (and third running back selected by Thompson), suited up for eight games with Green Bay as a rookie. He rushed four times for a total of one yard and caught three passes for a total of zero yards. The Packers waived him the following summer. Swing and a miss.