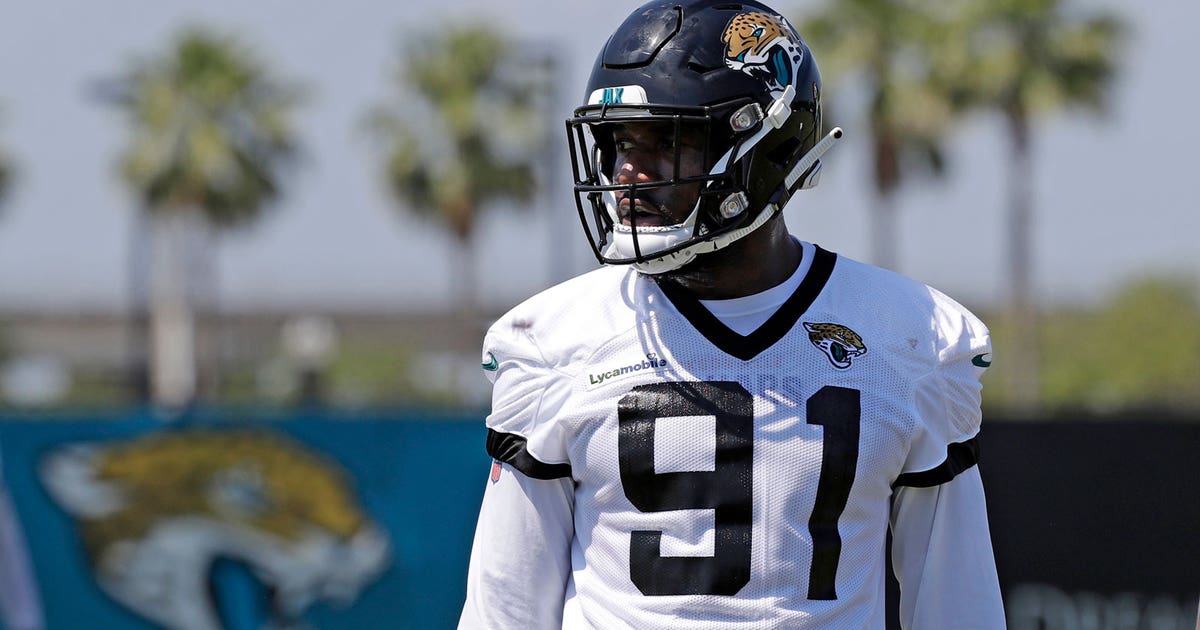 It may have backfired.

Khan, the team’s senior vice president of football administration and technology and the son of majority owner Shad Khan, eventually told Ngakoue to “show me the compensation. I’m sure you’re really driving up the price.”

Ngakoue has been vocal about his displeasure with the franchise since the end of last season and has repeatedly said his time in Jacksonville is done. The Jaguars placed the franchise tag on Ngakoue last month, a move that would guarantee him about $18 million next season.

But Ngakoue has refused to sign the tender in hopes of forcing a trade. He started Monday’s Twitter rant by calling out Khan, posting “@TonyKhan stop hiding moe.”

Khan responded: “I’m not in hiding sir, I’m in isolation getting ready for the draft. I’ve been pretty active on social media in isolation, but you wouldn’t know that since you unfollowed me (again).”

Ngakoue: “Since your feeling might today let’s both let the world in on the truth. We been had a discussion that the chargers game was my last game. Yet you try to back door the situation without answering any of my camps calls. Smh you spoiled bra.. holding up people for no reason.”

Khan: “It’s a new regime here sir. I thank you from the bottom of my heart for all of the contributions you made here. That said, tweeting insults at me won’t get you traded any faster. Only good trade compensation will do that. Please redirect your efforts into a more productive outlet.”

Ngakoue: “Just trade me. I don’t need the speech.”

Khan: “Show me the compensation. I’m sure you’re really driving up the price today btw.”

Ngakoue has 37 1/2 sacks and 14 forced fumbles in four seasons in Jacksonville. The speedy strip-sack specialist made the Pro Bowl in 2017 and was an alternate the past two seasons. He clearly outplayed his $3.84 million rookie contract. He made $2.025 million in 2019 — far less than other top playmakers at his position.

Ngakoue said he’s “not going to play for pennies” the day after the season ended. He had been seeking around $22 million a year to remain in Jacksonville, but the Jaguars don’t seem to consider him a complete or elite defensive end worthy of that much annually.

Jacksonville also selected Ngakoue’s potential replacement, Josh Allen from Kentucky, with the seventh overall pick in the 2019 draft. Allen had 44 tackles, 10 1/2 sacks and two forced fumbles as a rookie and made the Pro Bowl as an alternate.

The Jaguars reportedly offered Ngakoue a short-term contract last year that would have paid him about $19 million annually and would have included more than $50 million guaranteed during the first two years. But Ngakoue’s camp balked at the deal.