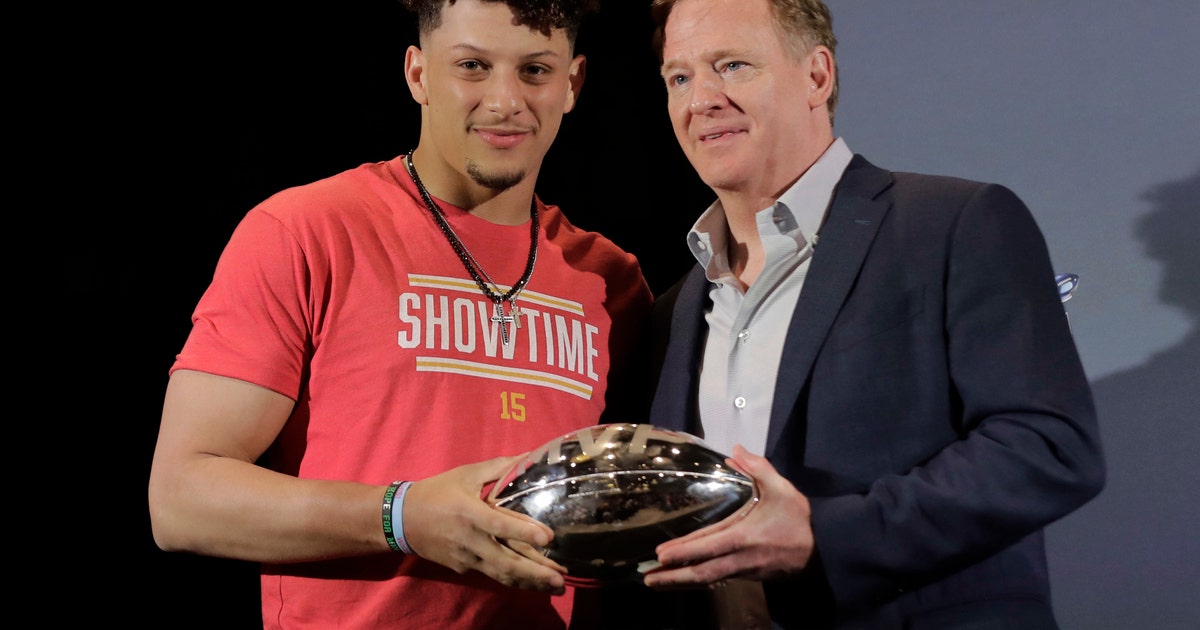 KANSAS CITY, Mo. (AP) — BEST FIRST-ROUND DRAFT PICK: Patrick Mahomes. Good luck finding a more recent “best first-round pick” than the No. 10 overall choice in 2017. After a learning season behind Alex Smith, the QB from Texas Tech led the Chiefs to the AFC title game in his first year as starter. Then Mahomes bounced back from a midseason knee injury to lead Kansas City to its first Super Bowl championship in 50 years with a comeback win over the San Francisco 49ers. (Runners-up include Hall of Famers DT Buck Buchanan in 1963, LB Derrick Thomas in 1989 and TE Tony Gonzalez in 1997.)

BEST SECOND-ROUND DRAFT PICK: The second of two second-round picks in 1967, Willie Lanier went from little-known linebacker out of Morgan State to a standout on the 1970 Super Bowl champions. He was a three-time All-Pro and started 146 of 149 games over an 11-season career that landed him on the NFL’s 100th Anniversary Team and in the Hall of Fame.

BEST LATE-ROUND DRAFT PICK: You think the seven-round draft these days takes forever? Running back Mike Garrett had to wait until the 20th round of the 1966 draft before he learned he was headed to the Chiefs, where he was an All-Pro and won a Super Bowl during his first five seasons. He finished his career with the Chargers.

WORST FIRST-ROUND DRAFT PICK: The Chiefs used the seventh overall pick in 1983 on Penn State quarterback Todd Blackledge, who wound up being a complete bust. Making matters worse, Hall of Fame quarterbacks Jim Kelly (to Buffalo at No. 14) and Dan Marino (to Miami at No. 27) were chosen later in the draft.

WORST SECOND-ROUND DRAFT PICK: The Chiefs refused to use a first-round pick on a quarterback after the Blackledge fiasco for more than 30 years. Instead, they tried to find a franchise QB in the second round and failed twice with Mike Elkins in 1989 and Matt Blundin in 1992.

BEST DRAFT TRADE: With their eye on Mahomes, the Chiefs paid a steep price to move from No. 27 to No. 10 in the 2017 draft. They swapped first-round picks with Buffalo, kicked in a third-round choice and gave up their first-round selection the following year. But in three short years, that gamble has already paid off.

WORST DRAFT TRADE: Unwilling to pay a player thought to be on the decline, then-general manager Carl Peterson sent popular tight end Gonzalez to Atlanta for a second-round pick. Gonzalez is now in the Hall of Fame, while that second-round pick turned into journeyman defensive back Javier Arenas.

DID YOU KNOW THEY ONCE DRAFTED: RB Gale Sayers. Few remember that the Kansas Comet, who grew up in Wichita and starred just down the road for the Jayhawks, was the No. 5 overall pick of the Chiefs in the 1965 AFL draft. This was before the league merged with the NFL, though, and Sayers was chosen No. 4 overall by the Bears in its draft. He wound up going to Chicago and becoming a Hall of Famer during an injury-shortened seven-year playing career.