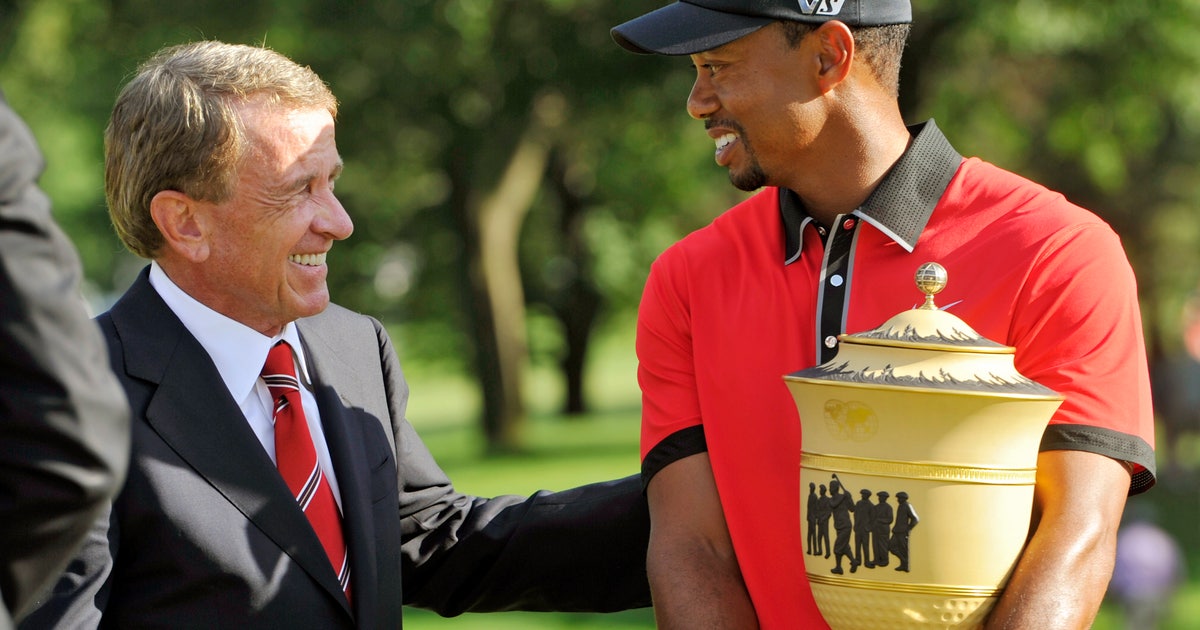 Tim Finchem was in his second month as the newly appointed commissioner of the PGA Tour, not paying a great deal of attention to the U.S. Amateur being played down the street from his office at the TPC Sawgrass.

It was only when he arrived for the World Series of Golf at Firestone that he first came to appreciate Tiger Woods.

“I go up to Akron on the Sunday, and we give out the trophy and everything,” Finchem said. “And then I go to the locker room, and all the tour players are gathered around the television. And they’re watching Tiger Woods play in the Amateur. I’ve never seen tour players interested in watching any other golf on a day they were finishing a tournament.”

This was 1994, a few months after Woods had graduated high school and was headed to Stanford. He rallied to win the first of three straight U.S. Amateurs that day.

“It was amazing to me that this kid generated that level of focus,” Finchem said. “I mean, it was the beginning of understanding the Tiger Woods phenomenon.”

The occasion for this memory on Monday was Finchem being elected to the World Golf Hall of Fame. He will be part of the 2021 induction class that includes Woods.

Finchem was in charge of unprecedented growth during his 22 years as commissioner, and it’s no coincidence that 20 of those years featured Woods.

Prize money, the ultimate barometer in sports, more than tripled. Finchem negotiated the first of four television contracts about a year after Woods set golf ablaze with his watershed win at the 1997 Masters. Finchem developed the World Golf Championships, 18 of them won by Woods.

Woods lobbied for a shorter season, and Finchem found a way to better define the sprawling calendar by creating the FedEx Cup, now in its 14th year under the same sponsor. Woods won the first one in 2007.

Most telling was the 1997 Masters.

Finchem was with Nike founder Phil Knight on Saturday after Woods had finished building a nine-shot lead. “We were with our wives,” Finchem told pgatour.com, “and at one point Phil looked at me and said, ‘Tim, you and I have one thing in common. All we have to do is ride the wave.’”

This turned out to be the tidal variety.

There’s no need for Finchem to apologize for being commissioner at a time when Woods came along.

He managed the tour through a deep recession in 2008 by shoring up sponsors and still increasing prize money. He also was at the helm when the most recognizable active athlete in the world was caught up in a sordid scandal involving multiple extramarital affairs.

It was during the aftermath, while Woods was trying to mend his life and his health, that Finchem negotiated a nine-year TV deal that kept prize money soaring.

Finchem could only chuckle when asked how different it might have been had Woods chosen another sport, like tennis.

“It would have been a much more difficult job,” he said.

Finchem had to keep a full slate of tournaments fully sponsored when Woods was playing less than half of them. It was clear early on he had to manage two tours — the events Woods played, and those he didn’t.

Consider the second edition of the Presidents Cup in 1996, a thriller that came down to the final match. The national press corps wasn’t around to see it. Most of them had left for Coal Valley, Illinois, because Woods had a one-shot lead at the Quad City Classic in his third start as a pro.

Winning would have to wait. That day belonged to Ed Fiori.

Finchem also had to placate Woods and his management over marketing rights at the end of 2000, the year Woods won nine times and completed the career Grand Slam with victories at the U.S. Open and British Open by a combined 23 shots.

Still, these were nice problems to have.

He thought back to that ’97 Masters and the traditional Sunday dinner for the champion attended mainly by the Augusta National members in their green jackets. Finchem was among those invited. He was in the room with some of the most powerful leaders in business and government, and a 21-year-old on his way to becoming among the most powerful in sports.

“We go in and we sit down for dinner,” Finchem said. “I look up, there’s like 90 green coats lined up all through the tables, lined up with their menu cards to get Tiger Woods to sign.”

Finchem retired at the end of 2016, the first time Woods went an entire year without playing a PGA Tour event. Woods had a fourth back surgery the next spring. He recovered and returned to win the Tour Championship, and then the Masters, and then in Japan for his record-tying 82nd victory.

Finchem spent the last few hours of his 73rd birthday on Sunday watching the Michael Jordan documentary “The Last Dance,” and he couldn’t help but think of Woods.

“It talked about how Michael Jordan, standing out the way he did, took that franchise to a whole other level, which he did,” Finchem said. “And Tiger coming on the scene and the interest he generated took our sport to another level. And it continues on today, clearly, without question. It’s just unique and great.

“And as a sport,” he said, “we were blessed that he didn’t like tennis that much.”