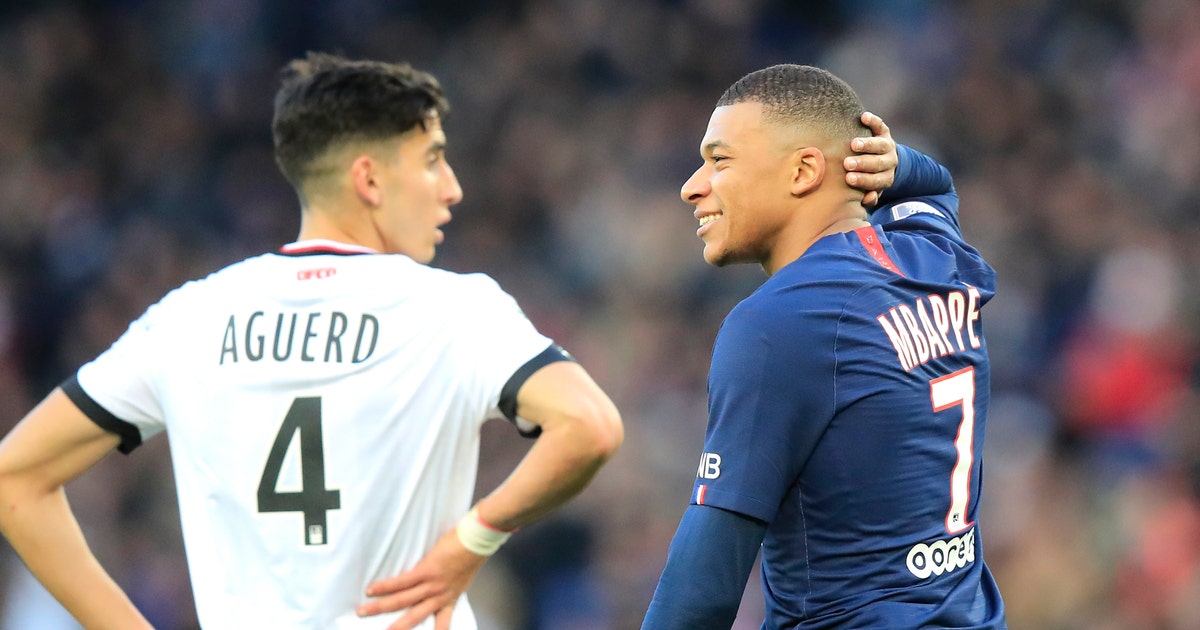 PARIS (AP) — Confusion reigns in French soccer as to whether the league should resume amid the coronavirus pandemic.

The co-president of the French professional soccer players’ union called for the league to stop, while coaches in the top two divisions have expressed diverging opinions whether the 10 remaining games should be played.

“It is legitimate to collectively ask ourselves the question of whether championships should continue,” Sylvain Kastendeuch wrote in a column for Le Monde newspaper. “The economic emergency should not override the priority for public health. Let us renounce a rushed and dangerous resumption of the championship.”

The president of the national union of coaches, former France coach Raymond Domenech, said “all of the stances taken at this current time, from one side or another” were not leading anywhere.

“For the moment no one knows where we’re heading, taking a fixed stance makes no sense,” he said in a video on Tuesday on sports daily L’Équipe’s website. “Resuming just like that is impossible, that’s obvious to everybody. But we can do everything to try to resume. We can ask questions about how we can resume and under what conditions.”

But the players’ union estimated that 75% of its membership fear getting injured if the league resumes with a packed schedule, and are worried about the virus spreading.

However, the union also took a slightly more cautious view than Kastendeuch.

“A return to competition seems difficult to envisage at this stage,” the UNFP said in a statement following Kastendeuch’s column on Monday. “However, if in the days ahead all the doubts can be removed to allow a resumption in the best conditions, the UNFP obviously won’t oppose this.”

The LFP’s administrative council unanimously voted on April 10 to consider resuming on June 17 and concluding the games — 11 for leader Paris Saint-Germain and mid-table Strasbourg — by July 25. In that hypothetical scenario, next season would start on August 22.

France is in lockdown until May 11, with the government set to announce at the end of April what measures will be put in place when the confinement ends.

The LFP has asked its doctors and the French Football Federation medical commission to devise a medical protocol which would allow training to resume “in the manner of those announced last week by the major leagues (of Germany, Italy, Spain).”

Pointing to protocols elsewhere, Domenech urged French soccer to be more flexible in its outlook.

Lyon coach Rudi Garcia, whose side is involved in the Champions League round of 16 against Juventus, is among those who favor a resumption, while Brest and Dijon do not.

“We want to resume in the right conditions. Conditions which will allow us not to play every three days, or at least not systematically,” Lyon coach Rudi Garcia told sports daily L’Equipe “(Conditions) which will allow us to give the players two weeks of rest between the two seasons.”

The president of second-division Clermont also wants the leagues to finish.

“It’s better to resume behind closed doors than not at all. Bakers are obliged to resume work on May 11 and take the risk of being exposed to the virus. Why should soccer not resume?” Ahmet Schaefer said. “On the contrary. We should also return to work … I don’t understand France when I see what’s happening in Germany, in Italy or in Austria.”