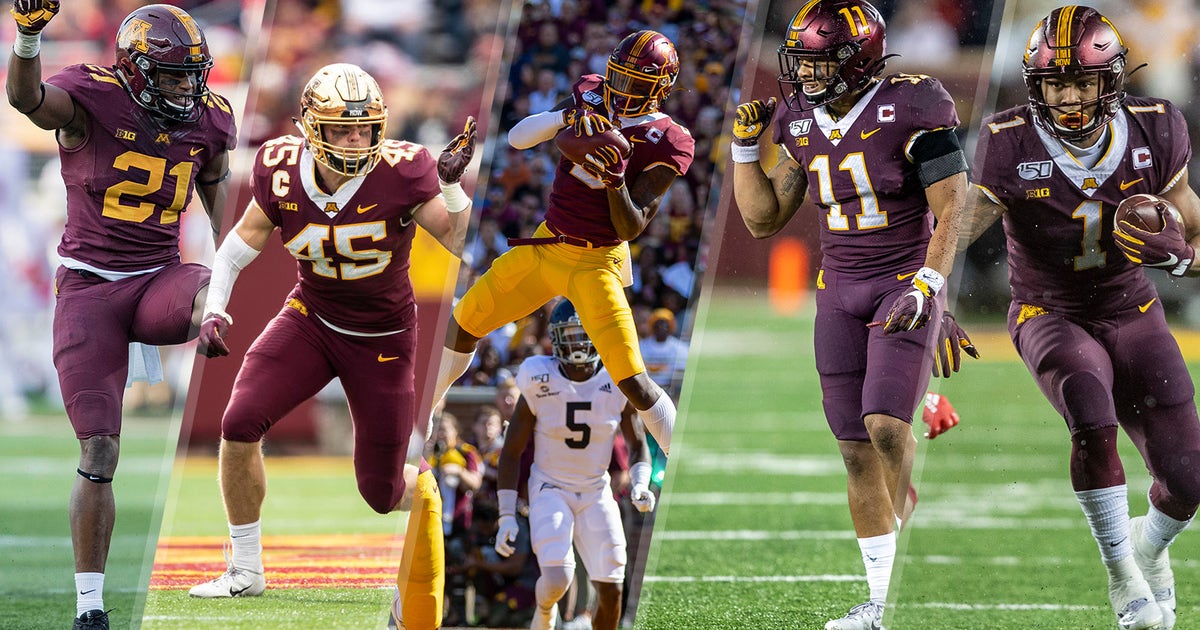 Tony Pauline is one of the best draft analysts and experts around. For over two decades he’s been watching college games, churning through film, attending the postseason all-star games and talking with scouts.

Tony was kind enough to supply some of his time and give analysis of some former Minnesota Gophers players who are hoping to get drafted this year. You can read more of Tony’s stuff at ProFootballNetwork.com and can follow him on Twitter via @TonyPauline.

Here’s his take on some Gophers players in this year’s draft class:

“He’s not going to go in the first round, he’s a good second-round pick. There were a lot of people who were sleeping on him. The question is, is he going to be a safety or is he going to be a cornerback at the next level? I happen to think that eventually, he’ll be a cornerback. But he’s a real good player. He’s a real good athlete, opportunistic. Obviously, the bloodlines are there.

“The problem with him Is there’s not a big body of work there. He played, what, eight games the prior two seasons to this year? Plus, the fact he’s 5-foot-9 (in) this day and age where you want 6-foot defensive backs. But he’s skilled and a really good player. He’s got height issues and he’s got issues where he hasn’t played a lot of football up until last year.”

“He kind of rolled the dice and it didn’t come up well for him. He was not highly rated by scouts coming into the year. He was considered a fourth-round pick. He didn’t get invited to the Senior Bowl and got all pissy about it so he didn’t play at the Shrine Bowl, where he was invited. Didn’t work out at the combine and he was waiting for his Pro Day, and the Pro Days were canceled.

“I think he’s a real good player. He skipped the bowl game and then he didn’t run at the combine. Another one who was going to was going to run during his Pro Day. I like Martin. I think he’s a very good space linebacker. He’s your prototypical 4-3 weakside-type prospect. He’s fast, he’s explosive, he’s a run-and-chase type linebacker. I don’t know if he squeezes into the fourth round. I think he could squeeze into the later part of Round 4. I think he’s more of a fifth-rounder. But he’s a real good player on the field.”

“Tested well at the combine. Played more as a 3-4 outside linebacker. I don’t think he’s as good as his combine numbers. More of a situational pass rusher, special teamer at the next level.”

“Does he have a chance? Yeah. He’s not going to be drafted. If he goes to camp – assuming there is a camp – and catches the ball well out of the backfield I could see him making it as a fourth back. Smith came in as a seventh-round pick by some scouts, so that’s a decided advantage.”