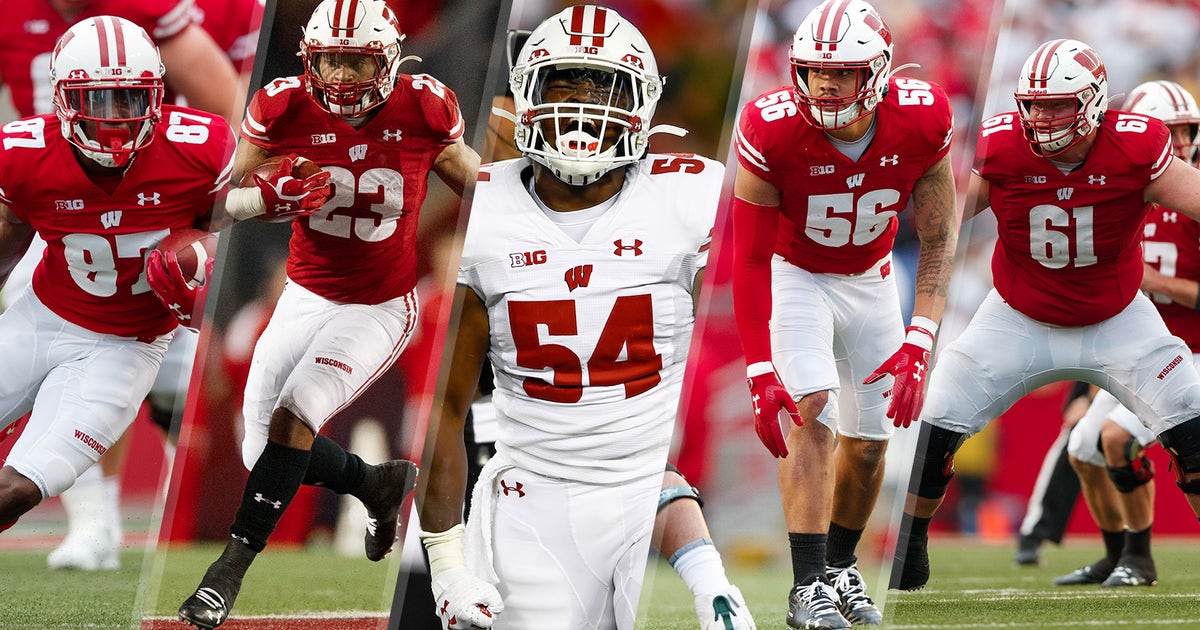 Tony Pauline is one of the best draft analysts and experts around. For over two decades he’s been watching college games, churning through film, attending the postseason all-star games and talking with scouts.

Once again, Tony was kind enough to supply some of his time and give analysis of some former Wisconsin Badgers players who are hoping to get drafted this year. You can read more of Tony’s stuff at ProFootballNetwork.com and can follow him on Twitter via @TonyPauline.

By the way, if you’re wondering how tuned-in Tony is to where players might be selected in the draft, take a look at his recaps of previous Badgers players from 2019, 2017 and 2014. No draft expert is perfect, but Tony is usually right near the target.

Here’s his take on some Badgers players in this year’s draft class:

“I mean he could go late first round but I think at the top half of Round 2 is where he’ll end up. I think it helped his cause a bit (at the combine) because he’s a great straight line ball carrier, he’s got excellent speed. I think the fact he caught the ball a little bit better last year at Wisconsin helped him. But he is what he is. He’s more of a power downhill ball carrier that you can’t use around the perimeter and there are only specific schemes where he’s a good fit.

“I mean you look maybe, depending on what happens with the rest of their team, the Chargers at the top of Round 2 or a team like that. Something [in terms of scheme] that doesn’t get the running back the ball in space. You’re not going to ask him to run around the perimeter, you’re not going ask him to run around the corner too much. You want to keep him basically downhill.”

“I’d be shocked if he went in the first round. I’m not big on Zack Baun. I think Zack Baun is a really good athlete who needs to develop into a linebacker.

“I think a few things about Zack Baun. I don’t see him as a great edge-rushing linebacker as a lot of people do. He was kind of put in that position last year at Wisconsin, standing over a tackle in a 3-4. I just don’t think he can do that at the next level. I think he’s a good athlete. He should be off-ball or space linebacker, sort of your conventional 4-3 weakside linebacker. The only thing is during Senior Bowl practice drills he was horrendous in coverage drills. Just horrendous. I mean he looked like a duck out of water.

“From what I understand, knee and hip issues have raised some red flags. He could go a little bit lower. He’s still a terrific center. I mean he’s a real good player, but I think there’s concern about the knee and hip issue.

“If he’s healthy I think he’s the No. 2 center after Cesar Ruiz of Michigan and I don’t think he goes first round, it’s probably top half of Round 2. Right now, you’re looking at late Round 2, early Round 3, depending on the injuries.”

“He ran slower than most of the tight ends at the combine. Which really killed him. I mean he’s a good receiver. He’s a little bit spotty. He has the whole off-the-field issues which have to be looked into. But there are times where he looks absolutely dominant. But the fact – I know he ran quicker during Pro Day – but the fact he ran a 4.73 at the combine is a killer.

“He’s going to be a last-day pick probably in the fifth-round area. I still think he can be a good receiver at the next level, but you know 6-1, 202 pounds and you’re running in the 4.7s to the high 4.5s, it’s just not a good combination. The Pro Day is going to help but the combine still sets up a lot of questions.”

I told Pauline that Cephus told me he’s been told he’ll be a Day 2 pick, “They may be telling him that but if you added up all the players who told they would be Day 2 picks you’d probably get 400 players going on Day 2.”

“He’s a free agent. Good football player (but) small and slow. He’s going to have to be a special teams guy because it’s the only way he’s going to make it.”

I asked Pauline how much it helped Orr that he had a Pro Day compared to those who did not have one. “Chris Orr was a street free agent coming into the season and he really doesn’t play that fast. But anybody that worked out before the Pro Days were shut down, it’s going to be an advantage, just because of the interview process and everything else.”