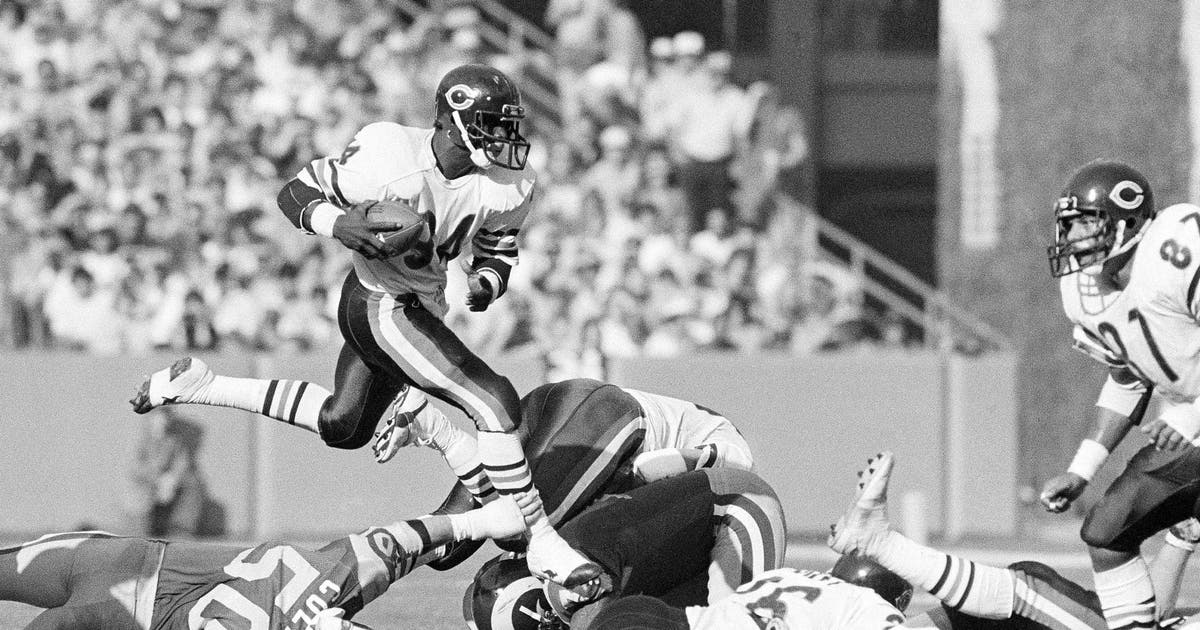 BEST FIRST-ROUND DRAFT PICK: RB Walter Payton. The Bears boast a record 28 Hall of Famers, from founder George Halas to 2018 inductee Brian Urlacher. But when it comes to the draft, the sweetest pick of all has to be Payton. Taken out of Jackson State at No. 4 overall in 1975, Sweetness retired as the NFL’s career leading rusher following the 1987 season. Hard to argue against that selection, though the Bears got quite a haul in 1965 when they took Dick Butkus at No. 3 and Gale Sayers with the fourth overall pick.

BEST SECOND-ROUND DRAFT PICK: LB Mike Singletary. Drafted 38th overall out of Baylor, “Samurai Mike” made a franchise-record 10 straight Pro Bowls from 1983-1992 and started more games (179) than any other Bears defensive player. He was a seven-time All-Pro and the 1985 and 1988 Defensive Player of the Year.

BEST LATE-ROUND DRAFT PICK: DE Richard Dent. “The Sackman” barely made the team at Tennessee State and watched 202 players get drafted before Chicago took him in the eighth round in 1983. He went on to spend 12 of his 15 seasons with the Bears in a Hall of Fame career. He set the franchise’s single-season sacks record and took Super Bowl MVP honors as the 1985 team shuffled all the way to the championship.

WORST FIRST-ROUND DRAFT PICK: RB Curtis Enis. The Bears had needs all over their offense when they took Enis with the No. 5 pick in 1998 even though Fred Taylor and Randy Moss were on the board. Big mistake. Instead of becoming the next Neal Anderson let alone Payton, Enis’ three seasons in Chicago were marked by injuries and poor play. He ran for fewer than 1,500 yards while averaging 3.3 per carry and had more fumbles (five) than rushing touchdowns (four). Enis never played for another team.

BEST DRAFT TRADE: The Bears traded second- and fourth-round picks in 1964 to Pittsburgh for the No. 3 overall selection in 1965. They used it to draft the most intimidating Monster of all when they took Butkus, who was born and raised in Chicago and starred at Illinois, and convinced him to play for his hometown team rather than the AFL’s Denver Broncos.

WORST DRAFT TRADE: The Bears traded down five spots with Washington to draft QB Cade McNown with the No. 12 overall pick in 1999. And to say that move backfired in a big way would be a major understatement. McNown not only struggled on the field, winning just three of 15 starts in two seasons, he jilted the media and angered teammates and fans. He got in trouble in college when he and several other UCLA players acquired handicapped parking tags they didn’t deserve, and he got off on the wrong foot in Chicago when he arrived at his first training camp in Platteville, Wisconsin. Unsure where to park, McNown pulled his truck into a handicapped spot.

DID YOU KNOW THEY ONCE DRAFTED?: Pro wrestling great Verne Gagne. An NCAA wrestling champion at Minnesota, Gagne was picked by the Bears in the 14th round of the 1947 draft. He chose pro wrestling over football and went on to become one of its biggest stars.