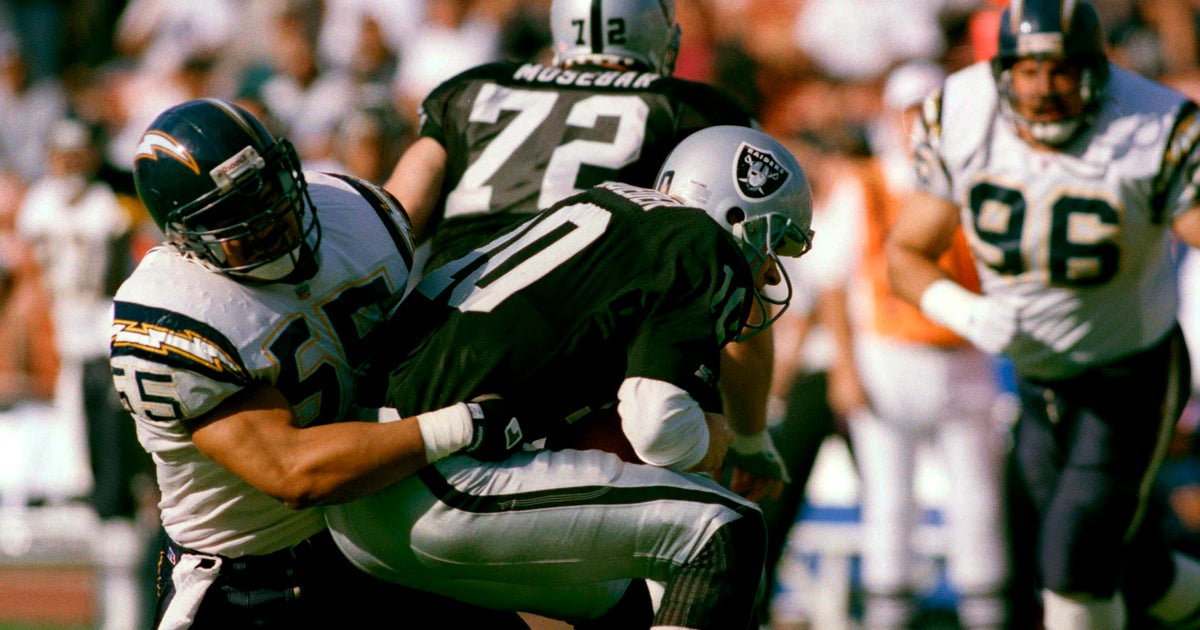 BEST FIRST-ROUND DRAFT PICK: San Diego went for the hometown pick in 1990, selecting Oceanside native and Southern California linebacker Junior Seau at No. 5 overall. He ended up becoming one of the most popular players in franchise history with 12 consecutive Pro Bowl appearances, tied for fourth among defensive players. The 2015 Pro Football Hall of Fame inductee was the league’s Defensive Player of the Year in 1992 and was part of the Team of the Decade for the 1990s. His 47 sacks in 11 seasons with the Chargers are second most in franchise history among linebackers.

BEST SECOND-ROUND DRAFT PICK: Fred Dean was the No. 33 pick in 1975 after excelling at Louisiana Tech. The defensive end excelled as a pass rusher with seven sacks, 93 tackles and four fumble recoveries as a rookie. He had 15.5 sacks in 1978, but it wasn’t recognized as an official statistic until 1992. Dean anchored the Chargers defensive line with fellow ’75 draftees Louie Kelcher and Gary Johnson, forming the “Bruise Brothers.” Dean spent 5 1/2 seasons with the Chargers before he was traded to San Francisco after a contract dispute. He helped lead the 49ers to two Super Bowl titles and eventually was enshrined in the Pro Football Hall of Fame.

BEST LATE-ROUND DRAFT PICK: Florida State running back Marion Butts had to wait until the seventh round before he was selected in the 1989 draft, but he had a huge impact in five seasons. He set the franchise record with 38 carries against Kansas City late in his rookie season before gaining a career-high 1,225 yards and finishing third in the league in rushing in 1990.

WORST FIRST-ROUND DRAFT PICK: Former NFL quarterback Ryan Leaf labels himself as “the biggest bust in draft history.” The second pick in the 1998 draft after a stellar career at Washington State, Leaf played in only 21 games with the Chargers over three seasons and threw 33 interceptions with only 13 touchdowns while going 4-14 as a starter.

WORST SECOND-ROUND DRAFT PICK: Ron Sayers, the younger brother of Hall of Fame running back Gale Sayers, was taken 44th overall out of Omaha in 1969. He only played in eight games — all as a rookie — and had 53 yards on 14 carries.

BEST DRAFT TRADE: General manager AJ Smith took Eli Manning with the first overall pick in 2004 despite Manning imploring the Chargers not to take him. After an uncomfortable 90 minutes, Manning eventually got his wish and was dealt to the New York Giants for Philip Rivers and three draft picks. The Chargers used the first-round pick from the Giants the following season to take linebacker Shawne Merriman.

DID YOU KNOW THEY ONCE DRAFTED? Five-time Olympian Willie Davenport, who won gold in the 110 meter hurdles at the 1968 Mexico City Olympics. The Chargers used a 16th-round pick on Davenport in 1969, but he never took them up on the offer.