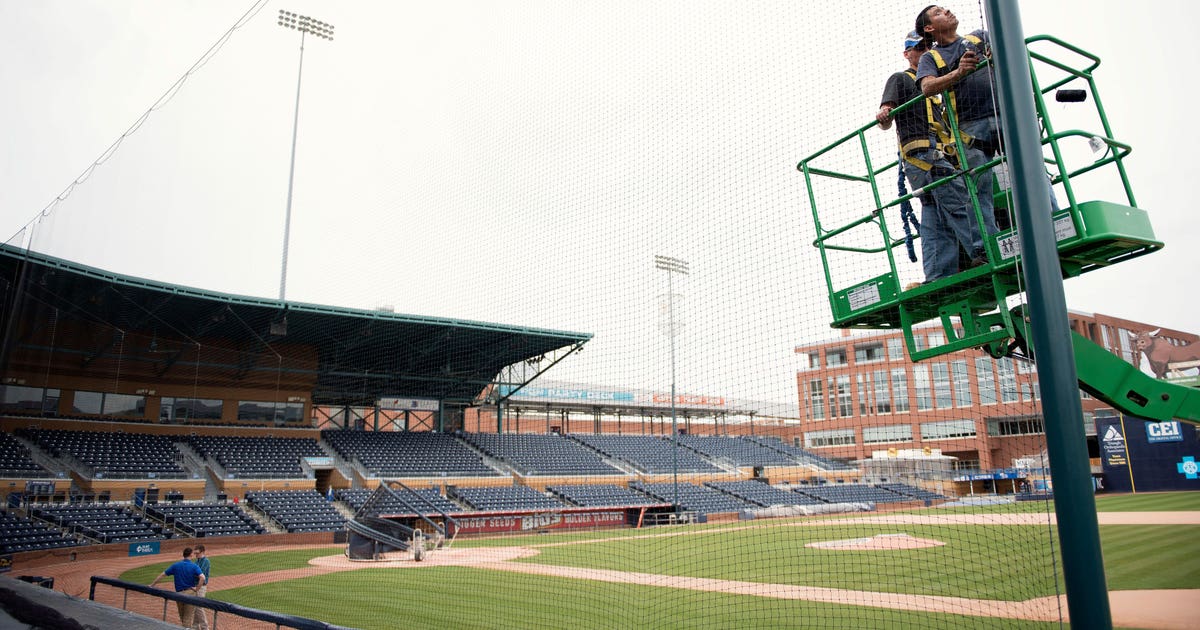 NEW YORK — The minor leagues are prepared to agree to Major League Baseball’s proposal to cut guaranteed affiliations from 160 to 120 next year, a person familiar with the negotiations told The Associated Press, a plan that would impact hundreds of prospects and cut player development expenses.

The person spoke on condition of anonymity Tuesday because no announcements were authorized. The development was first reported by Baseball America.

An electronic negotiating session is scheduled for Wednesday.

In informal talks, parties have discussed the possibility of a radical overhaul in which MLB would take over many of the duties of the National Association of Professional Baseball Leagues, the minor league governing body, another person familiar with the negotiations said.

Instead of franchise affiliations, there would be licensing agreements similar to those of hotel chains, that person said. MLB would then sell sponsorship, licensing and media rights, a switch that may lead to decreased overhead and increased revenue.

In talks to replace the Professional Baseball Agreement, which expires after the 2020 season, MLB last year proposed cutting 42 affiliates, including Double-A teams in Binghamton, New York, and Erie, Pennsylvania, along with Chattanooga and Jackson, Tennessee. The plan would eliminate affiliations for the 28 teams from four Class A Short Season and Rookie Advanced leagues that do not play at spring training complexes.

Under MLB’s proposal, MLB clubs would have four full-season farm teams, a rookie level club at their minor league complex and prospects in the Dominican Summer League.

The National Association lobbied Congress as it fought MLB’s plan. But the new coronavirus pandemic has changed the dynamic and sapped minor league teams of revenue and willingness to fight. Some teams have trimmed expenses with layoffs and furloughs.

Opening Day in the majors, slated for March 26, has been pushed back indefinitely; the commissioner’s office and players’ association have discussed the possibility of playing in empty ballparks as a method that would lead to broadcast revenue and allow players to receive salary.

Without big broadcast contracts, the minors don’t appear to have that type of option and have less of a likelihood to play this year. MLB refused the minors’ request to extend the PBA for a year, both people said.

Now the minors are prepared to accept MLB’s concept with some modifications, the people said. The Double-A and Class A teams targeted to lose their affiliations by MLB could be granted provisional licenses if their big league club wants to retain the farm club and there is a prospect of a new ballpark or stadium improvements, one of the people said.

MLB already has gained an agreement with the big league players’ union to cut the amateur draft from 40 rounds to as few as five this year and 20 in 2021. And signing bonuses of undrafted players will be capped at $20,000.

MLB hopes to push back the amateur draft permanently, likely July. Minor league teams losing affiliations may be able to stock their rosters with unsigned players in a showcase environment similar to collegiate summer leagues.

Ahead of an agreement, MLB said it will raise the pay of minor leaguers next year.