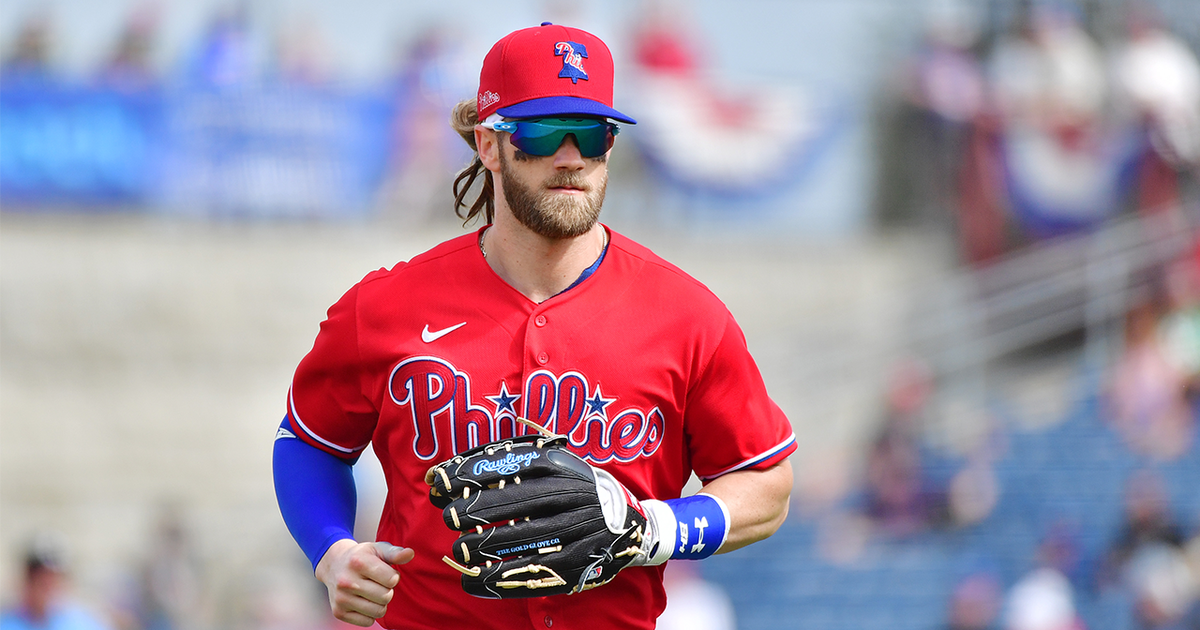 With the NBA, MLB, NHL and other major sports leagues and sporting events suspended or canceled because of the coronavirus, professional athletes are spending their free time working out, playing video games, learning how to play instruments and more. Have a look at what some of your favorite players from your favorite teams are up to on social media.

He’s projected to go No. 2 in the draft, and judging by how high he can fly, we’d say he’s a suitable pick.

From aiming high, to dropping it low, our favorite athletes are doing it all.

Philadelphia Phillies right fielder Bryce Harper has clearly taken no time off during quarantine – can we just take a moment to understand how much weight he’s squatting.

Meanwhile, Cincinnati Reds pitcher Sonny Gray took to the field to get his reps in.

Is he airing out a football or pitching a fast one? Asking for a friend.

Quarantine? I don’t know her.

PGA Tour player Billy Hurley has kept up on his chip shot. Just look at that accuracy – hits the bin every time!

Set up a chipping station in the back yard. #kgb ?cred: Jacob. pic.twitter.com/n5jh2t7m8C

Speaking of nailing the shot, wait until the end with this next video.

New York City midfielder Alexander Ring works on his juggling skills, and his power move is the kind of sign off we all need.

These athletes really miss their sports, and we know they are just itching to get back out and play.

Real Madrid Midfielder James Rodriguez just wants to remember what it feels like to travel for an away game.

Things really are getting fun in quarantine. Two tennis legends and rivals Roger Federer and Rafael Nadal met up to chat on Instagram Live.

We’re loving every minute of it.

After 15 years playing against each other… We had the first meeting between @RafaelNadal & @rogerfederer in @instagram! ?
Dis you enjoy it? ? pic.twitter.com/5Pe7gwwB5x

The two are actually good friends.

Over in the NBA, Boston Celtics center Tacko Fall and forward Jaylen Brown took to Twitter to throw some shade at another teammate – don’t worry Enes, will still love you and can’t wait to watch you ball out again.

Thanks for the love ?

“Most annoying teammate ever” ? pic.twitter.com/N2oUzm6Jyk

We came for the jokes, but stayed for the dancing.

Former San Diego Charger Marcellus Wiley is turning up with his daughter – oh, just check out those moves!

Put on some jams and bust a move – because in times like these, it can’t hurt to let loose a little.