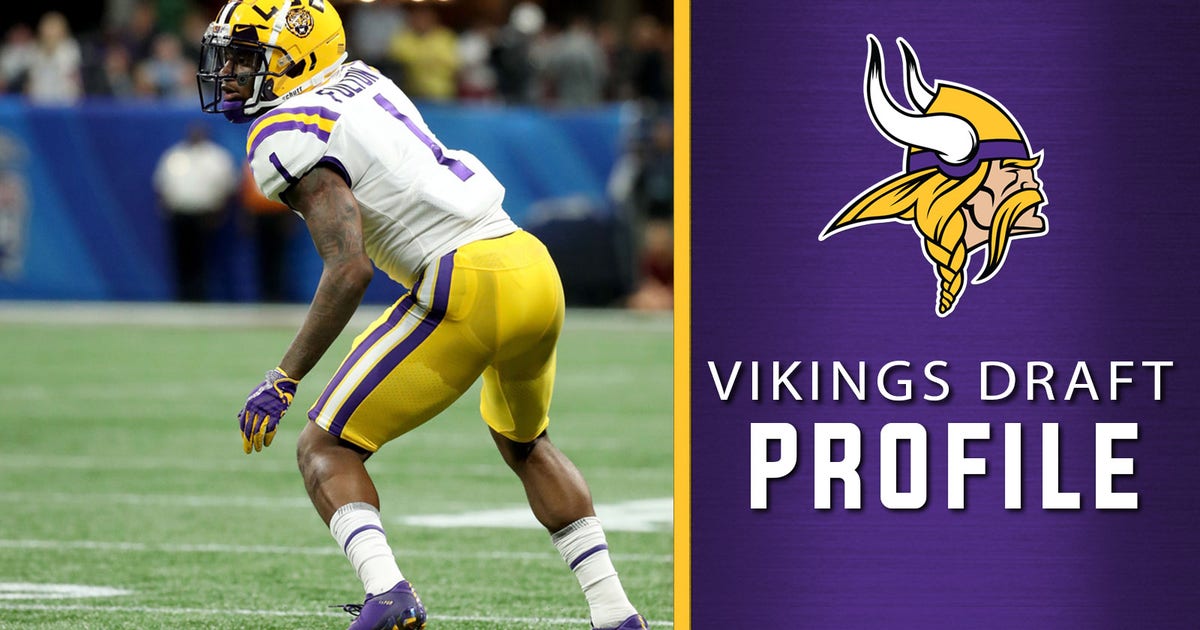 If the cap-strapped Minnesota Vikings are going to contend for an NFC North division title and make a deep playoff run in 2020, they’ll need to draft very, very well.

The good news is general manager Rick Spielman has 12 draft picks to work with and two in the first round alone — Nos. 22 and 25.

In this “Vikings draft profile” series, we’ll look at several options for Minnesota in the first round and analyze their collegiate careers, highlight tape and how they’d fit with the organization.

Fulton was a five-star prospect and a top-three cornerback recruit in the nation by 247 Sports coming out of high school. A native of New Orleans, La., Fulton decided to stay home and play for LSU. After appearing in just three games as a freshman, Fulton was suspended for two years by the NCAA for having someone else provide urine for a PED test sample.

The cornerback was reinstated in 2018 after missing the entire 2017 season and played 10 games, compiling 25 tackles, one interception and nine pass breakups. He emerged as one of the nation’s top cornerbacks in 2019, starting all 15 games and logging 38 tackles, 14 pass deflections, one interception and one tackle for loss while helping the Tigers to their first national championship since 2007.

“Fulton projects as a starting cornerback who could contribute with significant playing time in his rookie season. He has quality instincts in coverage and versatility for the next level. He can play off-man coverage, press-man, zone, outside, or inside at the slot. In 2019, Fulton showed the ability to run the route and prevent separation. He has quality feet with fluid athleticism to stay with receivers. Along with his skill set, Fulton challenges receivers and closes quickly.” – WalterFootball.com

“Fulton is a fluid, lengthy and technically-sound cornerback who brings instant starting potential as a prospect in the first round. He brings solid physicality in press and can also play in off-man, and he has more than adequate athleticism for his position. He should be one of the first defensive backs to come off the board in this year’s draft.” – Draft Wire (USA Today)

“Fulton is a late bloomer who emerged later on in his career at LSU. He fits the mold of a sticky press cornerback, showing patience and good movement skills while following receivers around the field. He’s adept at reacting to receivers’ double moves, showing solid speed and flexibility to recovering even when he gets beat.” – Sports Illustrated

With Xavier Rhodes, Trae Waynes and Mackensie Alexander all departing in free agency, the Vikings have a great need at cornerback. Head coach Mike Zimmer needs a new project, and Fulton possesses all of the physical traits to develop into another dominant force for the purple on the outside.