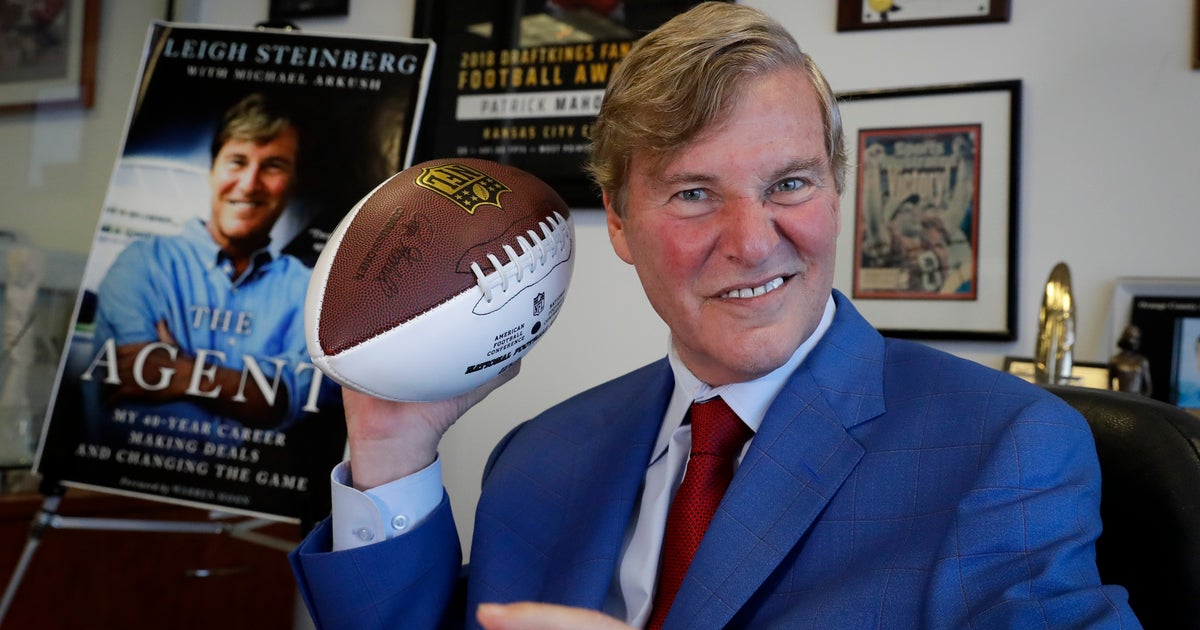 The NFL draft won’t stop for anything.

While some teams expressed concern about not being able to host players for in-person visits and having to conduct the three-day draft virtually because of the coronavirus pandemic, agents and their clients are pleased it’s going on as scheduled.

“From an agent’s perspective, by the time the draft hits we have already invested tens of thousands of dollars into the guys and their training, their housing, anything else they needed so for us to delay it, it’s scary because how much more then do we need to pay for?” said Molly McManimie, who represents UCLA running back Joshua Kelley and Oregon State tight end Noah Togiai.

“Then we’d have to pay for training basically all over again because the training is set up specifically for a certain amount of time.”

Leigh Steinberg and his agency represent 12 draft-eligible players, including a pair of first-round prospects: Alabama’s Tua Tagovailoa and Jerry Jeudy. He understands the hardships facing agents who have fewer clients.

“The fee cap at 3 percent in football combined with the necessity for an agent to pay for the training, housing, per diem from January through the end of April makes it financially very difficult to run a profitable business for most people that represent football players,” Steinberg said. “For those who represent players picked in the lower rounds or free agents, it’s very difficult and I appreciate that struggle.”

“Take 3 percent of a $75,000 signing bonus or an $8,000 bonus for an undrafted free agent and the economics are very discouraging,” Steinberg said.

McManimie lives in Las Vegas and was looking forward to having the draft in her hometown.

“Health and safety way supersedes all that but we can keep things moving virtually and in a healthy and safe way,” she said. “It protects tons of jobs. The optics look bad, but it’s not just fun for some of us, it’s our livelihood, too. A lot of people are unemployed because the draft is happening and if we can keep things on track, we should. And on the other side of that, it’s something that people are going to be able to watch. It’s sports and it will lift spirits and give people something to look forward to.”

Goodell ordered all team facilities closed in March, and later informed club personnel to conduct the draft from their homes. A practice draft was held Monday to test technology and communications.

Chicago Bears general manager Ryan Pace was among those who initially hoped for a delay.

“Once the decision was made that the draft is staying where it is, you just quickly flip your mindset,” Pace said. “OK, here’s the rules, we’re all under the same conditions, let’s make sure we’re one of the best teams at it. For me, the focus has just been, hey, this is the draft and let’s go. We feel very prepared. We’re excited to get this weekend going.”

The Pittsburgh Steelers were one of the clubs who lobbied the league to postpone the draft and general manager Kevin Colbert asked for three more rounds. But Colbert and coach Mike Tomlin have found some positives.

“I feel better knowing more about drafting the lower picks and free agent types than I did before,” Colbert said.

Tomlin said “being quarantined” has allowed him to watch more video of players.

“With that video at our fingertips, isolation has provided opportunities to take a deeper dive on players and there’s a level of comfort from that perspective,” he said.

Players are tired of waiting and eager to find out where they’re going to play.

“I’m really excited,” Ole Miss defensive back Myles Hartsfield said. “I kind of get nervous because the future is not guaranteed but I’m staying relaxed, level-minded and focusing on what I can control.”

Andre Odom has been on both sides first as a member of Chicago’s front office and now as an agent with Athletes First.

I’m personally happy that the draft will go on because it’s a chance for these young men to experience what they’ve dedicated their lives to accomplishing,” said Odom, who represents LSU’s K’Lavon Chaisson and Florida State’s Cam Akers. “It’s a surreal moment for them and their families.

“You understand that people are out there hurting,” Lynch said. “They’ve closed their small business down. The real-life stuff that matters. They have people in their family who have been directly affected by this and at times I went through it. I’m sure a lot of people did. Like ‘What the heck are we doing having free agency? What are we doing having a draft?’ I will tell you after free agency, I can’t tell you how many people who called or touched base and said ‘Thank God you did that because it’s the only thing we’ve got to keep us entertained.’”