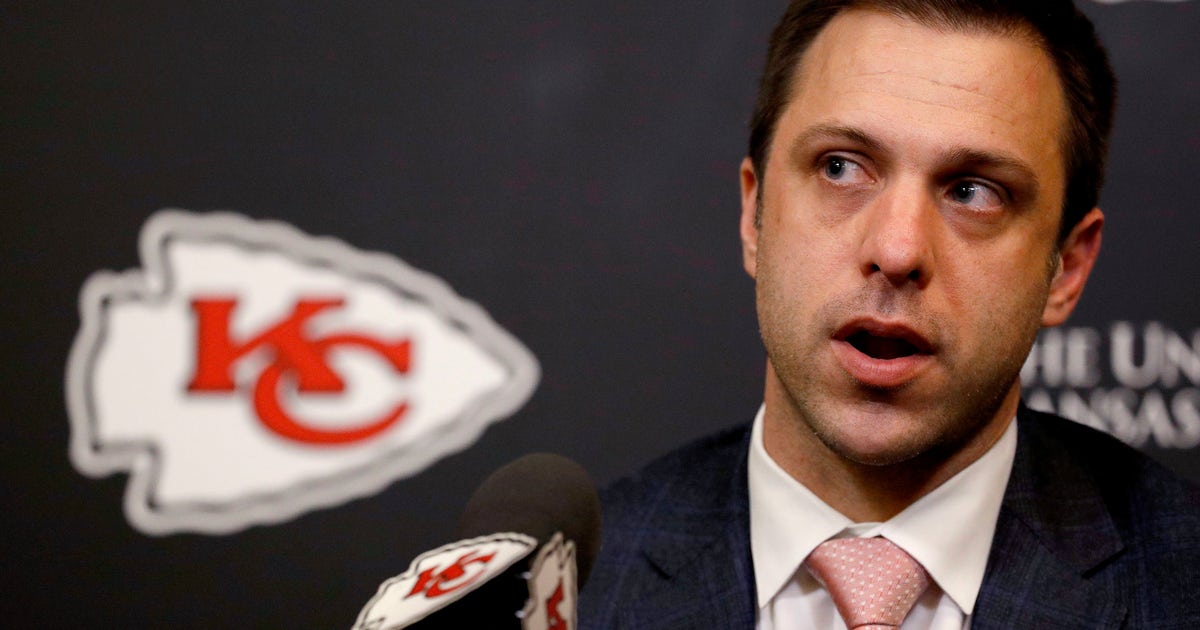 KANSAS CITY, Mo. — Brett Veach used his first two drafts as general manager of the Kansas City Chiefs to put the finishing touches on a roster that won the franchise its first Super Bowl in 50 years, all without making a single selection in the first round.

Now, on the eve of his third draft, the always-aggressive Veach is finally poised to pick on Day 1 — just barely.

The Chiefs are not due on the clock Thursday night until the final selection of the first round, the reward for having beaten the San Francisco 49ers in Miami a couple of months ago.

But even at No. 32, the selection would be more than a dozen picks higher than the Chiefs have made their initial choice the past two seasons, when Veach and Co. traded away first-round selections for players who proved to be instrumental in their Super Bowl run.

“It’s good to have the 32nd pick and know you’re Super Bowl champs,” Veach acknowledged, “but we all look at the mock drafts and the issue with that is there are so many variables, and there are always so many twists and turns in the draft, and the further down you are, the more twists and turns.”

Veach has been the catalyst for several of those twists and turns the past two years.

Just before he replaced the fired John Dorsey as GM, he was the front-office executive pounding the table in 2017 for the Chiefs to send their first-round pick the following year to Buffalo to jump to No. 10 overall.

The target was a QB from Texas Tech named Patrick Mahomes, who has merely become the face of the franchise after winning the league’s MVP award in his first season as starter and the Super Bowl MVP award in his second.

It came at a cost, though one the Chiefs would pay every time given the way things played out. They also traded away first- and third-round picks in 2017, making it a package of three premium picks that the organization shipped to Buffalo.

Last year, the Chiefs were set to pick 29th after falling to New England in the AFC title game. But in the days before the draft, Veach traded the pick along with a third-round selection and a conditional second-round pick this year to Seattle for defensive end Frank Clark — who proceeded to turn in a Pro Bowl season — and a third-round pick.

Again without a first-round choice, Veach used his initial selection in 2019 on wide receiver Mecole Hardman. Veach had another second-round pick that he used on safety Juan Thornhill. Both became key playmakers this past season, when the Chiefs made their triumphant march to the championship.

Well, they signed most of their pending free agents, which means 20 of 22 starters from their championship team are due back next season. That gives them the flexibility to pick just about any position, rather than plugging a desperately needed hole.

Among the options are running back, where they could have the pick of anybody in the entire draft, along with wide receiver, linebacker and defensive back — three positions in which the Chiefs need depth.

“We’re looking to add high-level talent and stick to that best-player-available philosophy,” Veach said. “But you never want to go into a draft and pigeonhole yourself and say you’re definitely moving down or definitely staying there.”

Ah, yes. That’s where the “maybe” comes into play with that first-round pick.

Veach’s aggressive approach to trading picks the past two years means the Chiefs are left with just five total — one in each of the first five rounds — during the three-day draft.

So while they would love nothing more than to add a starting-caliber player in Round 1, the reality is they might again be trading away their top choice Thursday night.

The value in the 32nd pick is that it carries a fifth-year option on whichever player is taken, and that means a team that is eager to lock in a certain player for an extra season could be willing to trade up into Kansas City’s place.

For the Chiefs, that could mean trading back and acquiring a couple of more selections.

“Obviously, the more picks, the more flexibility you have in any draft to position yourself for guys you want,” Veach explained. “Only having five picks and wanting to add as much talent around Patrick Mahomes on the offensive side, and (Tyrann Mathieu) on the defensive side, we’d like to add more picks. I wouldn’t rule it out. But we want to assess the board and see what happens as we get closer to our pick.”

In fact, Veach refuses to rule out anything. He’s so confident in himself that the Chiefs could even trade up Thursday night if they identify a player they really like; a seemingly audacious rumor floated this week that Kansas City was intrigued by Alabama wide receiver Henry Ruggs III if he dropped into the 20s.

Regardless, it likely will be another long wait before the Chiefs make a move in the draft.

“The last three or four days we’ve gone through every possible scenario. There are certain positions we feel good about the first two or three rounds and other positions that aren’t so deep,” Veach said. “We’re trying to build this thing not just for next year but for the next five or 10 years.”