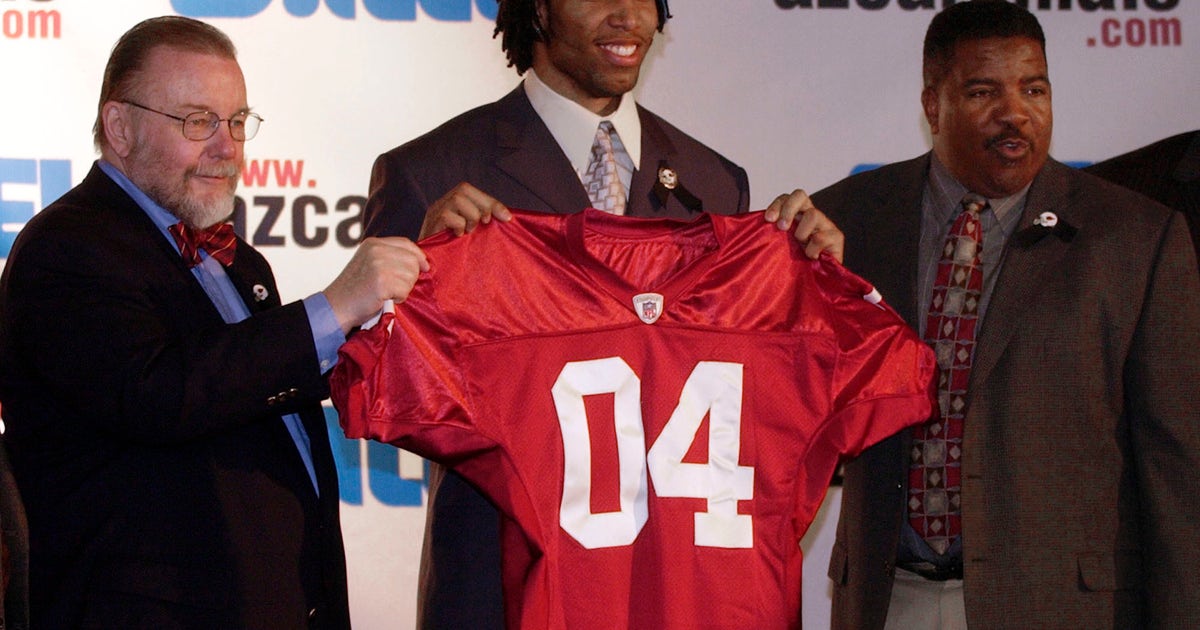 TEMPE, Ariz. (AP) — BEST FIRST-ROUND DRAFT PICK: WR Larry Fitzgerald (2004). The Cardinals have had several good first-rounders, including cornerback Patrick Peterson (2011) and Hall of Famers defensive back Roger Wehrli (1969), running back Ollie Matson (1952) and halfback Charley Trippi (1945). Still, it’s hard to argue against Fitzgerald, one of the most productive and durable receivers in NFL history who has turned into the face of the franchise after more than 15 years in the desert. Fitzgerald was expected to be a game changer as the No. 3 overall pick out of Pittsburgh and has delivered with more than 17,000 yards receiving.

BEST SECOND-ROUND DRAFT PICK: OT Dan Dierdorf (1971). The Hall of Famer was one of the NFL’s elite offensive linemen in the 1970s and a three-time All-Pro selection 1976-78. After playing in college at Michigan, he lasted until the 43rd overall selection. He’s one of 18 people in the Cardinals’ Ring of Honor and became more known after his playing career as a broadcaster on “Monday Night Football” and the NFL on CBS.

BEST LATE-ROUND DRAFT PICKS: DB Larry Wilson (1960) and TE Jackie Smith (1963). The Cardinals hit on a pair of unlikely Hall of Famers four years apart at the back end of the draft. Wilson was a seventh-round selection from Utah, while Smith was a 10th-rounder from Northwestern State. Wilson was a five-time All-Pro who had 52 interceptions, including a league-high 10 in 1966. Smith made five straight Pro Bowls from 1966-70 and had a career-high 1,205 yards receiving in 1967.

WORST FIRST-ROUND DRAFT PICK: DT Wendell Bryant (2002). Bryant was taken with the 12th overall pick, expected to be a centerpiece for the defense. He lasted three years in the NFL, played in only 29 games and finished his career with 1 1/2 sacks. The Cardinals have had a few other stinkers in recent seasons, including QB Josh Rosen 10th overall in 2018, and DE Robert Nkemdiche 29th overall in 2016. Rosen lasted one season with the Cardinals before being dealt to Miami, while Nkemdiche was on the roster for three ineffective seasons.

WORST SECOND-ROUND DRAFT PICK: LB Cody Brown (2009). Brown was taken with the 69th overall pick out of UConn after a solid college career, but never played a regular-season game in the NFL. He suffered a season-ending wrist injury in a preseason game during his rookie year and was released before the 2010 season started.

BEST DRAFT TRADE: In a trade that worked out for both sides, the Cardinals traded down in 2014, acquiring the No. 27 and No. 91 picks from the Saints for the No. 20 pick. The Cardinals used those picks to grab safety Deone Bucannon and receiver John Brown, who were both productive players during their time in Arizona. The Saints grabbed receiver Brandin Cooks, who also has had a solid career with several teams.

DID YOU KNOW THEY ONCE DRAFTED?: QB Joe Namath (1965). The Cardinals had the right instincts when they selected Namath with the 12th overall pick. The problem was the New York Jets also selected him in the first round of the AFL draft and won a bidding war. Also of note: Former baseball star Kirk Gibson was a college football standout at Michigan State and the Cardinals drafted the receiver in the seventh round in 1979. Gibson decided to go with baseball, signing with the Detroit Tigers.