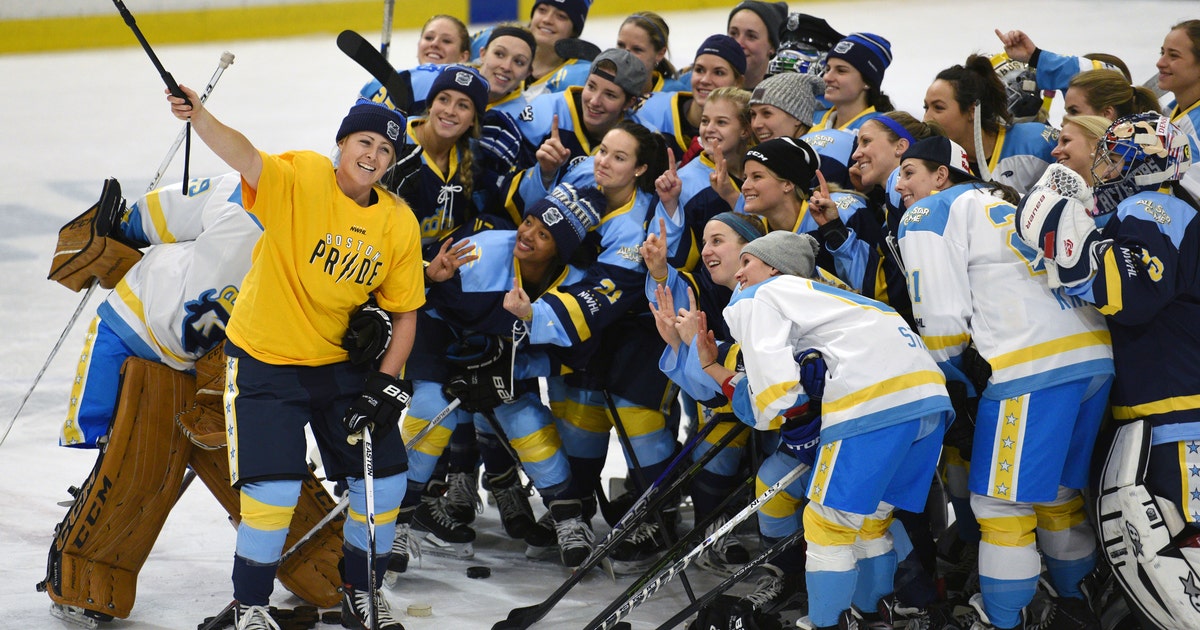 Professional women’s hockey is set to make its return to Canada with the National Women’s Hockey League officially announcing it is expanding into Toronto.

The yet to be named franchise has an ownership group headed by former Harvard captain Johanna Boynton, features former Brown University coach Margaret “Digit” Murphy as its president, and already has five players under contract, the NWHL said in a three-page release Wednesday.

“Launching our first team in Canada is a pivotal and proud moment for the NWHL,” league founder and commissioner Dani Rylan said in statement. “Everyone in the Toronto hockey community can be sure that this first-class team of professionals will make bold strides for the women’s game.”

The Toronto team increases the U.S.-based NWHL’s number of franchises to six, and comes a year after the Canadian Women’s Hockey League folded after 12 seasons because of financial instability.

The move north of the border comes a little over a week after The Associated Press first reported the NWHL’s plans.

Murphy has played a lead role for the expansion franchise by having spent the past month establishing contacts and recruiting players.

All five players signed previously played in the CWHL, with the most notable being Shiann Darkangelo, a member of the United States team that won the 2016 world championships. The four other players are Canadians: forward Taylor Woods, defensemen Kristen Barbara and Emma Greco, and goalie Elaine Chuli.

“I’m delighted to be part of the first NWHL franchise in Canada because it brings me back to my roots,” the 58-year-old Murphy told the AP in a phone interview.

“A year ago, when the CWHL shut down, they had one of the best hockey products on the market,” she said. “So I just see this as a continuation of that, and Toronto deserves a women’s franchise.”

Though U.S.-born, Murphy spent so much time recruiting Canadian players during her 22 seasons at Brown, she once joked about considering the possibility of retiring there.

After leaving Brown, where she won 318 games, she won two CWHL championships during three seasons coaching the Boston Blades. Murphy then spent the 2017-18 season coaching a CWHL expansion team in China, whose players included Darkangelo and Chuli.

It’s unlikely the NWHL will be able to draw from the rosters of current U.S. or Canadian national teams after their members helped form the Professional Women’s Hockey Players’ Association in the wake of the CWHL’s demise.

The PWHPA balked at competing professionally in North America last season to instead push for the establishment of a single league capable of paying players a fair wage and with a financially stable long-term economic model. The PWHPA members spent the past year holding a series of barn-storming weekend events across North America, and are already making plans to do so again next year.

Last week, PWHPA executive member Jayna Hefford said she was aware of and welcomed the NWHL’s expansion bid, even though it doesn’t fit her association’s long-term objective.

“We think this is an opportunity that’s going to be provided for some women to play hockey at that level,” Hefford told the AP. “But it’s not the opportunity that we’re looking to provide and the professional league that we want to create.”

The NWHL does not reveal its financial numbers or all player salaries, with some making as much as $15,000 last season. The league also introduced a plan to share 50 percent of revenue generated from sponsorship and media deals on top of player salaries.

The NWHL was unable to complete its season after postponing its championship game due to the coronavirus pandemic. Boston was scheduled to host Minnesota in the Isobel Cup Final on March 13. The game is expected to be played before the league opens its 2020-21 season in mid-November.

Murphy said she has yet to secure a home rink, but doesn’t consider that to be an issue at this point. Saying she will stick to her role as president, Murphy is also in the process of hiring a coach and general manager.

She was brought on board by Boynton, whom she’s known for numerous years. Boynton runs a home-building construction company outside of Boston, and holds an ownership stake in the NWHL’s Boston Pride.

The Toronto team’s executive includes Tyler Tumminia, who has been named chairman. She serves as an executive at a firm which oversees numerous minor-league baseball teams.

Murphy envisions the potential of further NWHL expansion into Canada, particularly Montreal, but said she is focused solely on building the Toronto franchise.

Murphy said the challenges of establishing a team in Toronto will be what she called “a layup” as compared to China, which had little history in the sport.

“I’m going into the beautiful country of Canada that embraces hockey, and the greatest hockey city, and I’m like a kid in the candy store. This is fun,” she said.

And with nearly 8,000 adult females registered to play hockey in Ontario, Murphy is confident she can produce a competitive roster.