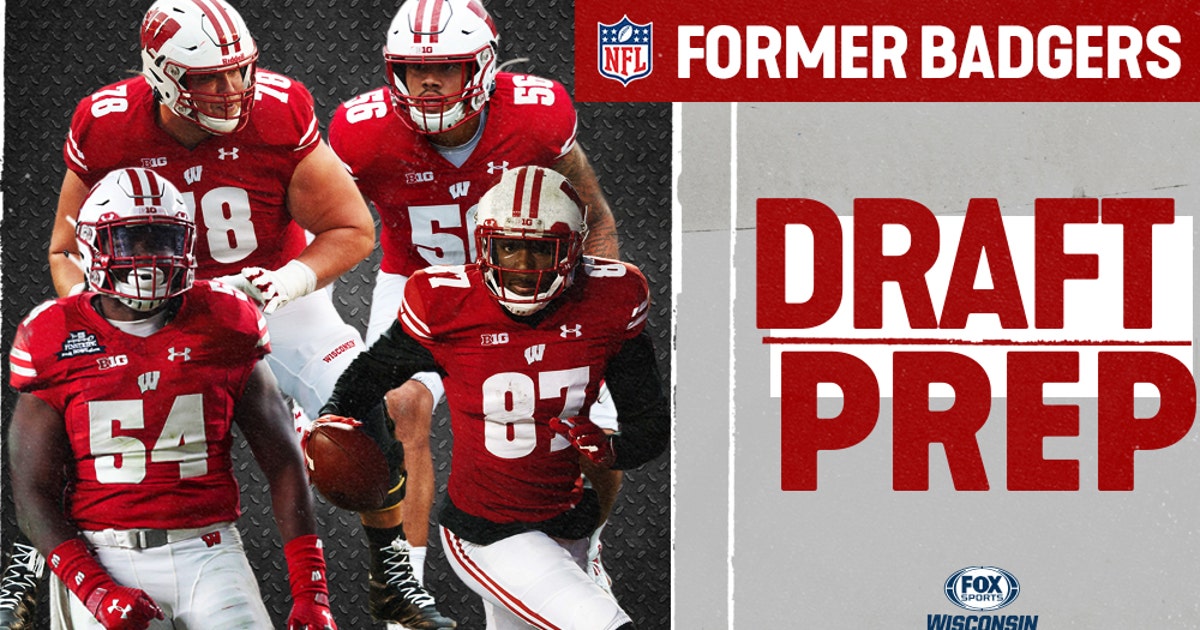 Over the past couple of weeks I talked with four former Wisconsin Badgers players who are preparing for this year’s NFL draft – Zack Baun, Quintez Cephus, Jason Erdmann and Chris Orr.

This hasn’t been any normal draft year, of course. The coronavirus pandemic has seen to that.

While the NFL draft is farthest from the most important thing which has been affected, nevertheless for these four this process is all part of their post-collegiate plans and what might be in store for them in the future.

Under usual circumstances, the players would be going on team visits and having individual workouts. But not in 2020. The four did get have their Pro Day, however, which a lot of draft hopefuls did not.

How has the quarantine affected the four?

Both Baun and Erdmann are in their apartments in Madison, each living with a girlfriend and a dog (in Erdmann’s case two dogs). Orr is back home in DeSoto, Texas, with his family while Cephus has been out in Scottsdale, Ariz., training – and staying – with Seattle Seahawks wide receiver DK Metcalf.

Here’s an oral history, of sorts (for lack of a better team), on how the four have adapted to the coronavirus situation as it pertains to the draft (note: the interviews were conducted April 1 (Orr), April 2 (Cephus), April 3 (Baun) and April 9 (Erdmann):

Baun: Fortunately enough for me, the workout facility in my apartment building is still open so I can get in there and get some good work in. You kind of just wipe stuff down, be conscious of not touching your face. It’s not too bad.

Erdmann: I live right on the outskirts of Madison so there’s a bunch of running trails and stuff that nobody’s on right now with people stuck inside, so I’ve just been running those trails. Also in high school, I had a weight room set – a bar, a bench and everything – so at the beginning of all this I went home and got it and actually have it set up on my balcony. So I work out on my balcony, I have a bunch of weights and everything. So, it’s not too bad.

Orr: We’re lucky, I have workout equipment at the house. So, I’m good, I’m one of the lucky ones.

Cephus: My coach has like a little setup me and one of friends, DK, are using. So we go work train there four days a week and one of our receiving coaches who trained me for the combine is training me three times a week on the field. We’re trying to keep our numbers down, not having many people on the field, but we’re washing our hands on the field … trying to stay as safe as possible.

Orr: Just still working out. Using stuff at home or finding a park or whatever it is, trying to stay in shape for a team.

Cephus: You don’t realty have the physical therapy to work on you, hands-on, stuff like that, but you can still get in the work that you need. Bands in the house, cups and stuff, to do our own stuff So trying to work around it.

Orr: You can’t really go … nothing’s open except grocery stores and stuff like that. You can go to a park, but you have to be six feet away from everybody. You can go see your family but they’re trying to keep everybody apart.

Cephus: I spend most of my time watching my workouts and just looking at things to get myself better and be prepared.

Orr: I’ve been able to kind of keep a routine. You have a little more free time now I guess. I have dog, chilling with my dog and my fiancé and my family, so I’m staying occupied.

Erdmann: Not (been doing) a ton. Been watching a lot of movies. We actually went and stayed at my parent’s house for about two weeks. Just hadn’t seen them in a while and my dad needed to cut down a bunch of trees. Last week been chopping trees down (with a) chainsaw. We’re cutting down 60-, 70-foot trees, so you have to lift, and holding a chainsaw for hours and moving all the logs, it’s a pretty good workout doing that, too.

Cephus: I went and got a PS4. I don’t normally play the game. I’ve been playing video games with my friends. You’re able to be on a chat with all your friends, so that’s kind of nice being able to talk to them while you’re bored. Outside of working out, there’s a lot hours in the day I feel like and that’s something I’ve been doing. DK is a good cook, so he’s been making some food and stuff, hanging out.

Orr: It was a blessing in disguise just to have (Pro Day) so early. Some guys had a whole ‘nother month before theirs. But in this circumstance, you were able to work out in front of teams, they were able to see you with their own two eyes. It’s worked out for the better in my case, but I’m definitely grieving and feel for those who didn’t get the same opportunity.

Baun: We were super lucky to squeeze that in when we did. For guys who didn’t go to a senior game, didn’t go to the combine and were so unfortunate to not have their Pro Day, this is a very, very difficult time for them. I know some guys are having a private Pro Day and sending it to teams. It just makes it difficult for the teams to evaluate guys that they are investing so much money into.

Orr: Oh man, that was vital for me. I would have had to have my own little Pro Day with my training facility and try to record it or something and hope that people take that. It was extremely important for me to have my Pro Day and I’m glad it worked out in my case.

Erdmann: It was pretty nice to actually get in front of somebody. It actually wasn’t the best for me. I pulled my hammy right on the 40, and that was the first thing we did – so that kind of sucked. But it was still nice to see the coaches face-to-face so they could kind of see who you are and you’re not just some random number on the page, you can actually introduce yourself and have a conversation with them. So that aspect gives you a bit of an upper hand because you actually got to meet the coaches and have a Pro Day.

Baun: I was fortunate enough to have my Pro Day early so I had a few meetings with teams and coaches around that time. But like you said, it just started picking up recently in the past few days of setting up Skype calls and Zoom calls and getting in touch with those coaches as well.

Cephus: I’ve had a ton of Facetime calls and stuff just checking in. I’ve been talking to a lot of coaches on Facetime. It was very nice to work out and perform for those guys before the draft, knowing that a lot of people didn’t really get that opportunity. It definitely helped me gain some momentum.

Erdmann: Haven’t talked to anybody yet. I was waiting to see because the whole thing going on, they don’t know the whole free agency with those guys and stuff. I’m hoping to hear from some teams maybe, hopefully in the next two weeks before the draft and what they’re thinking and if they need anything from me.

Baun: I think you can still get a gist of who guys are and what their values are as a person. You can have a conversation but you can’t – the limitation is you can’t watch film, or it’s very difficult to watch film, usually you’d be doing whiteboard stuff as well and if the coach had any paperwork stuff to go through, you can’t do that. It’s very limiting but fortunately enough for me I was able to meet a lot of these coaches at the combine and the Senior Bowl as well.

Erdmann: I don’t know at this point. As it gets closer we’ll go over a bunch of different things to see what different situations bring us. I’m not sure if it’s going to be a draft pick or later in free agency, but just have to see what happens especially in these weird times you don’t have contact with the teams, so it’s kind of a question mark for them, too. They don’t really know anything so it’s hard for us to get information from them.

Orr: I’m just anxious, ready to see where I go and what team I’m going to be with. Ready to put that gear on and wear it with some pride and do what I can do.

Baun: Get this dang thing over with. Find out and get to work and represent this team and city I’m going to.

Erdmann: I’m glad the draft is still where it is because I just want to know and get going on the other hand it would be nice if it would get pushed back so we could go see the teams and work out and everyone could get the best fit for them. It’s kind of a toss-up but I really just want to see what happens.

Cephus: I don’t know what I’ll do right now but I’m going to make something happen with my family (back in Georgia) and just wait for the call.

Baun: Probably spend time with my closest family, the people who have helped me grow and get me where I am. Can’t have as many people, but it will mean just the same. Obviously, it would have been a good opportunity to go to Vegas and the draft, but the experience is going to be just as special, the moment will be just as special so I’m not too worried about that.

Orr: I was going to do that [be at home] anyway. Just relaxing, walking around with my dog and fiancé or something and get the call then. They both [his dad, a 10th-round pick, and his brother Zach, who was undrafted] said it’s a great feeling whether you’re drafted or not, just to get that call and know you’re playing in the NFL.