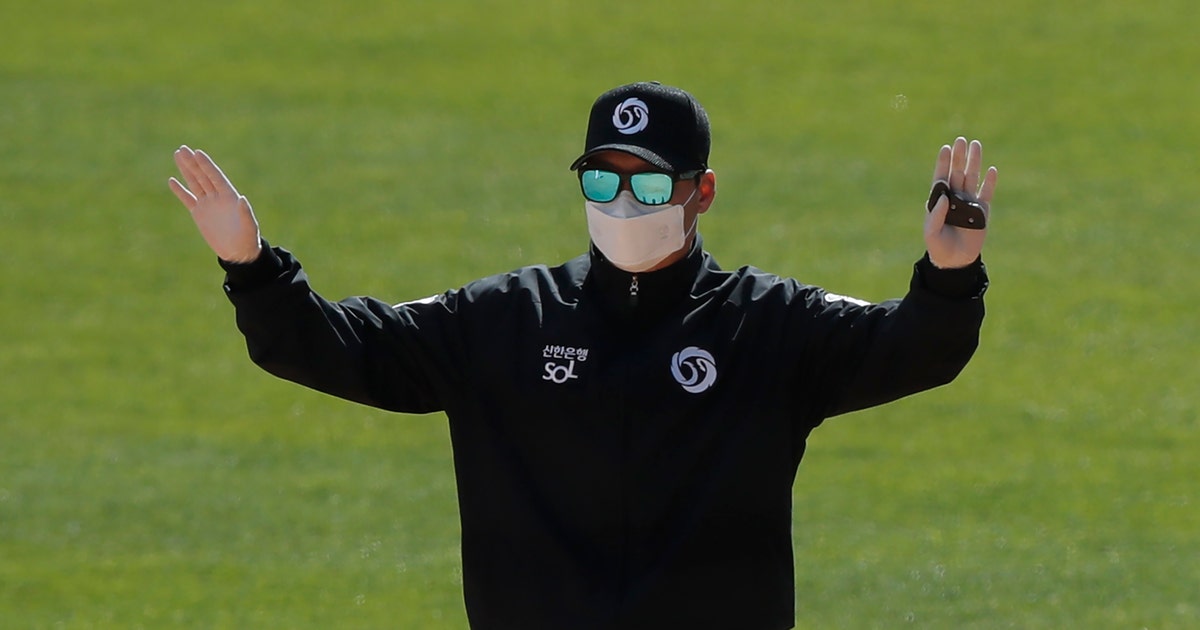 SEOUL, South Korea (AP) — The South Korean baseball league announced it will start its delayed season on May 5, and wasted no time getting preseason games going.

It was a distinctly quiet start on Tuesday to two weeks of exhibition games and training for the 10 teams of the top-flight Korean Baseball Organization, with no fans allowed in the stadiums.

In one of the five games on Tuesday, the LG Twins beat defending Korean Series champion Doosan Bears 5-2 in an echoing stadium in Seoul, with more than 20,000 empty seats.

Umpires wore masks and gloves, and some coaches and team staff wore masks in the dugouts. Some of the players and a coach wore messages on their caps that read “Corona 19 Out.”

The initial preseason from March 14-24 and opening day, originally scheduled for March 28, were pushed back because of the coronavirus pandemic, which has virtually shut down top-level sports around the world.

The KBO’s decision to restart comes with a catch, though. Fans will only be able to see early regular season games on TV. League organizers are planning to gradually open the games to fans once they’re assured the threats of COVID-19 are largely reduced.

Kim Kwang-hwan, head of marketing for LG Twins, said any playing conditions were better than not playing at all, noting that there would have to be some quick fine-tuning with the season “only 15 days away.”

“I think athletes perform better in practice games against other teams than they do in intra-squad scrimmages,” Kim said. “Although it will start with crowd-less games, they will be able to show good performances to fans and also will be happy to play in front of them once the coronavirus crisis is past us.”

All photographers and live TV cameras were positioned in seats normally used by regular spectators, away from the dugout, for the Twins-Doosan Bears game. Anyone who entered the stadium had their temperature checked.

South Korean news agency Yonhap reported that both managers, Ryu Joong-il for the Twins and Kim Tae-hyoung for the Bears, filled their lineups with regulars, with the Bears’ former MVP-winning slugger Kim Jae-hwan being the only notable absence.

The league plans to maintain a 144-game regular season schedule, but it has scrapped its all-star game and shortened the first round of the playoffs from best-of-five to a best-of-three series.

South Korea on Tuesday reported nine new infections of the coronavirus and one more death, bringing its totals to 10,683 cases and 237 deaths.

With deaths and infections still rising around the world, the push to reopen top-level sports leagues and other major events has set off warnings from health authorities that the crisis that has killed more than 170,000 people globally is far from over and that relaxing social distancing orders too quickly could enable the virus to come surging back.

The KBO said it could shorten the regular season further if infections erupt. The league will advise players to wear face masks in locker rooms and require them to download smartphone apps to report their daily health status to league officials.