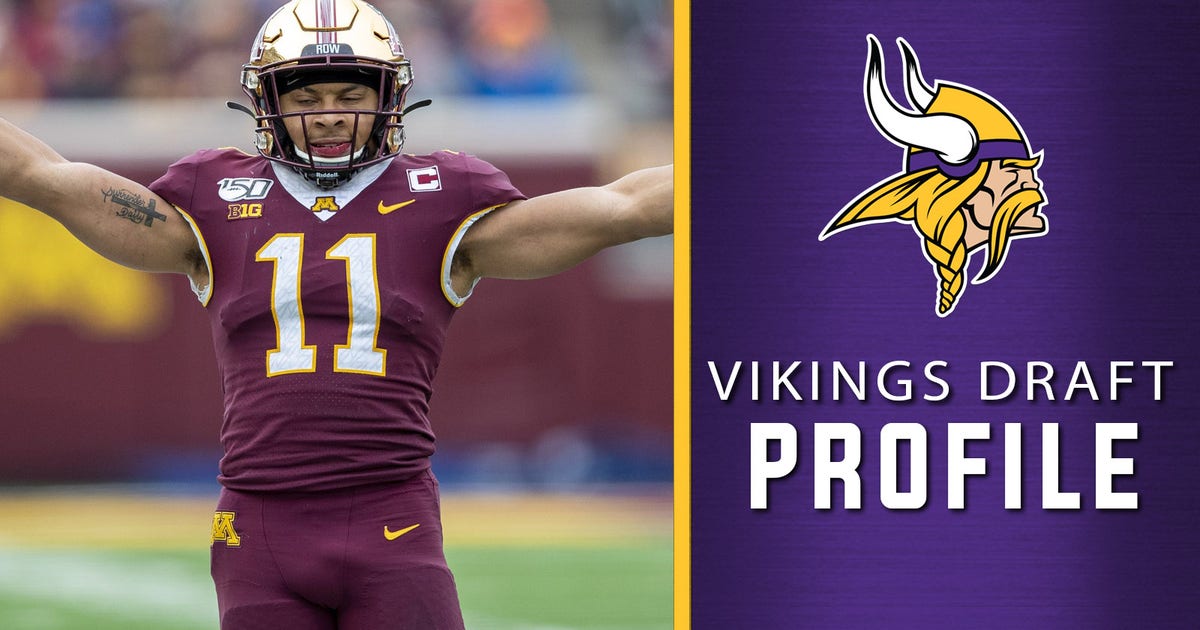 If the cap-strapped Minnesota Vikings are going to contend for an NFC North division title and make a deep playoff run in 2020, they’ll need to draft very, very well.

The good news is general manager Rick Spielman has 12 draft picks to work with and two in the first round alone — Nos. 22 and 25.

In this “Vikings draft profile” series, we’ll look at several options for Minnesota in the first round and analyze their collegiate careers, highlight tape and how they’d fit with the organization.

In this edition, we look at Minnesota safety Antoine Winfield Jr.

Winfield Jr. got on the field right away with the Gophers and finished his 2016 true freshman season with 52 tackles, 2.5 tackles for loss and one interception. Injuries sidelined Winfield Jr. for all but eight combined games in the 2017 and 2018 seasons, but he bounced back in a big way as a redshirt sophomore in 2019 with 88 tackles, eight passes defended, three sacks, two forced fumbles and seven interceptions. Winfield Jr. was named a unanimous first-team All-American and won the 2019 Big Ten Defensive Back of the Year award.

“Winfield’s production was off the charts last season, and he’s more than just an opportunistic defensive back; he’s a good football player with instincts and ball skills. His size and height limitations will depress his draft stock, but like his dad, he’s a very competitive defensive back with a bright NFL future.” – ProFootballNetwork.com

“For the next level, Winfield could be a starting free safety. He has great tape and is a pure football player who has superb instincts. The big issue for him is being a short for a defender. He is going to have issues with pro receivers and tight ends making catches over him, boxing him out, and pushing him around. Because of the size issue, Winfield probably will slip to the second day of the 2020 NFL Draft, according to team sources. They see him as a late second-round or third-round pick.” – WalterFootball.com

“Winfield isn’t as tall or as long as teams like and he’s an average athlete, but he’s an interchangeable safety who can flat out play. Winfield is stout and strong with above average body control and balance. He can bang on tight ends in coverage and support the run near the box. His angles to the ball are efficient against the run or pass. He’s very instinctive and sees plays unfold, but doesn’t have ballhawking twitch to challenge a high number of throws. His tackle net isn’t as wide in the open field, so he must tackle with excellent fundamentals. Winfield isn’t a star but he’s a quality building block with the toughness and intelligence to help fortify the back end.” – NFL.com

With Xavier Rhodes, Trae Waynes and Mackensie Alexander all gone and Anthony Harris possibly on the trading block, it seems very likely that the Vikings will invest high draft capital in the secondary. Winfield will probably end up as a safety at the next level, and while he is not particularly tall and does not have elite athleticism, his body control, strength, excellent instincts, competitiveness and ball skills should help him acclimate to the NFL.