The Ekiti State governor-elect and his deputy, Mrs Monisade Afuye, were on Wednesday presented with certificates of return by the electoral umpire following their victory in Saturday’s governorship election in the state.

Presenting the certificates in Ado, the state capital, the National Commissioner of the Independent National Electoral Commission (INEC) overseeing the state, Sam Olumekun, expressed satisfaction with the conduct of the election and the role played by technology. 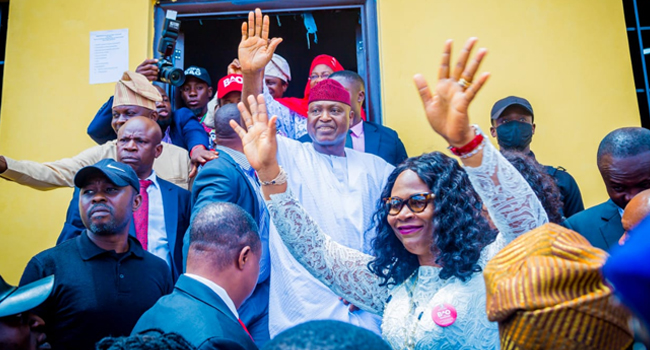 In his remarks, the governor-elect, Mr. Biodun Oyebanji, commended INEC and security agencies for a good job. He attributed his electoral victory to the sterling performance of Governor Kayode Fayemi, promising to build on his legacies.