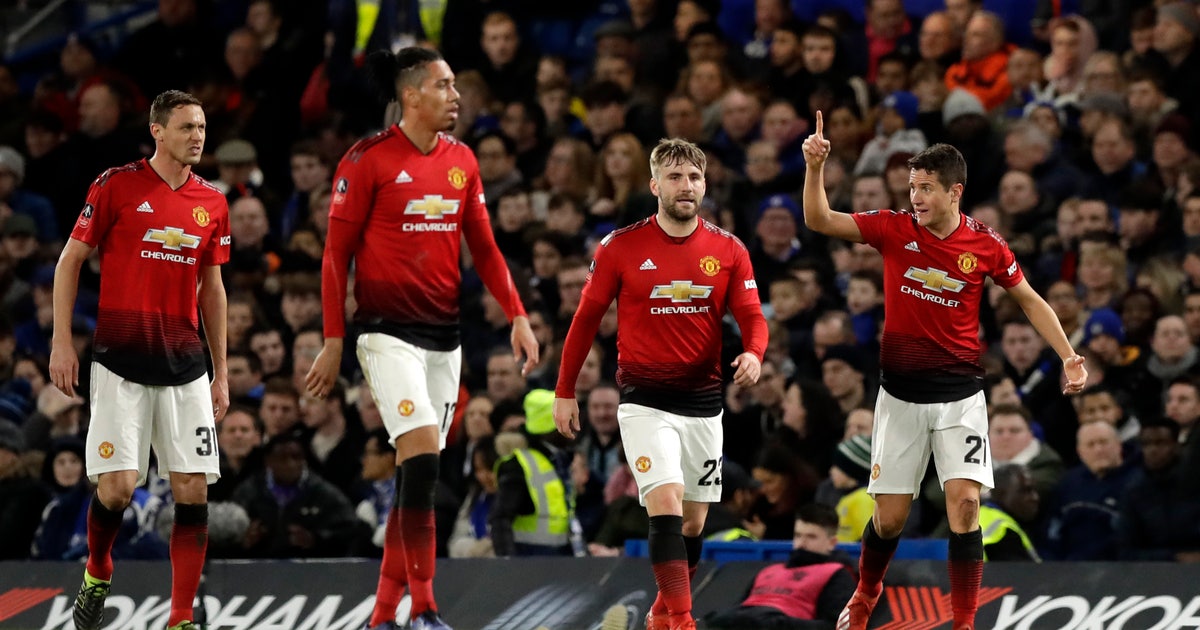 Ander Herrera strode up to Alexis Sanchez after the final whistle, clasped his teammate’s hand forcefully, pushed him aggressively in the chest and squeezed him tight.

The final whistle had just blown on Manchester United’s latest impressive win under Ole Gunnar Solskjaer — 2-0 at Chelsea in the FA Cup on Monday — but Herrera’s evening was far from finished.

His eyes bulging, the Spanish midfielder felt it was important to head across to Sanchez, a player sorely lacking in confidence but who had worked hard as a late substitute, and compliment him on his contribution — in his own special way.

He went over to United’s jubilant fans to applaud them on their incessant singing and noisy support in the away end. Then came the post-match interviews, where he spoke with authority, passion and also insightfulness about United’s game plan of targeting Chelsea’s weak left side. It was that side, after all, where Herrera scored United’s crucial first goal .

Herrera doesn’t wear the armband for United but he is its captain in every other way. And if Solskjaer’s rejuvenated team is going to get anything out of its traditionally massive game against Liverpool on Sunday, it surely will be Herrera leading the way.

Uppermost in the many regrets Jose Mourinho should have about his ill-fated final season at United is his bizarre under-use of Herrera, who started only six of 17 league games before the Portuguese coach was fired in December.

It’s all very different under Solskjaer, who started the hard-working Spaniard in his first game — a 5-1 win at Cardiff — and saw him score one of the goals.

Herrera has missed only one of the nine league games United has played under Solskjaer. That was the 2-2 home draw against Burnley, the only time United has dropped points in that period as England’s biggest club made a springtime surge back into the Champions League qualification spots.

Much has been made of the improvement Solskjaer has made to United’s attack, with Marcus Rashford seemingly the first-choice striker complemented by pacey wide players in Anthony Martial and Jesse Lingard, who are bot set to miss the Liverpool game because of injury.

But it is the midfield that is arguably the most crucial area of the team that Solskjaer has transformed. The trio of Nemanja Matic, Herrera and Paul Pogba has a bit of everything — and Herrera’s role is perhaps the most underrated.

With his positional awareness and clever — even sly — fouls, he is United’s version of Fernandinho, the midfielder so important to Manchester City.

Herrera can annoy opposing players and is constantly in the ear of the referee. He understands the responsibility that comes with playing for United and it shows in his work ethic and hunger.

When Mourinho spoke after a game at Southampton in early December about United not having enough “mad dogs” and players with “bite” and “spirit” in the team, he surely cannot have been referring to Herrera, who played in that match and scored a late equalizer.

Off the field, Herrera’s passion and conduct make him one of the most popular players among fans and, surely sometime soon, captain material.

One example came when he spoke so well after United’s win against Ajax in the Europa League final in Stockholm in May 2017, a match that came two days after a bomb attack at an Ariana Grande concert in Manchester.

“It’s just a football game, just a trophy,” said Herrera, dedicating the win to the victims of the attack, “but if we can support them with this just 1 percent, it’s enough for us.”

Herrera is the sort of player former United manager Alex Ferguson would have enjoyed having in his squad, an unsung hero in many ways but also a talented player who was Louis van Gaal’s first signing. At previous club Athletic Bilbao, Herrera sometimes played as a No. 10 but there have been only glimpses of his attacking creativity, with United’s managers preferring to play him deeper.

Mourinho even used Herrera, to good effect, in a man-marking role on Eden Hazard in games against Chelsea.

The fact that Solskjaer chose to unleash Herrera in a more box-to-box role against the same opponent on Monday, and got rewarded with a goal from a lung-bursting run into the box, perhaps exemplifies the difference in approach between United’s past and present managers.

It certainly looks like Herrera couldn’t be happier right now.