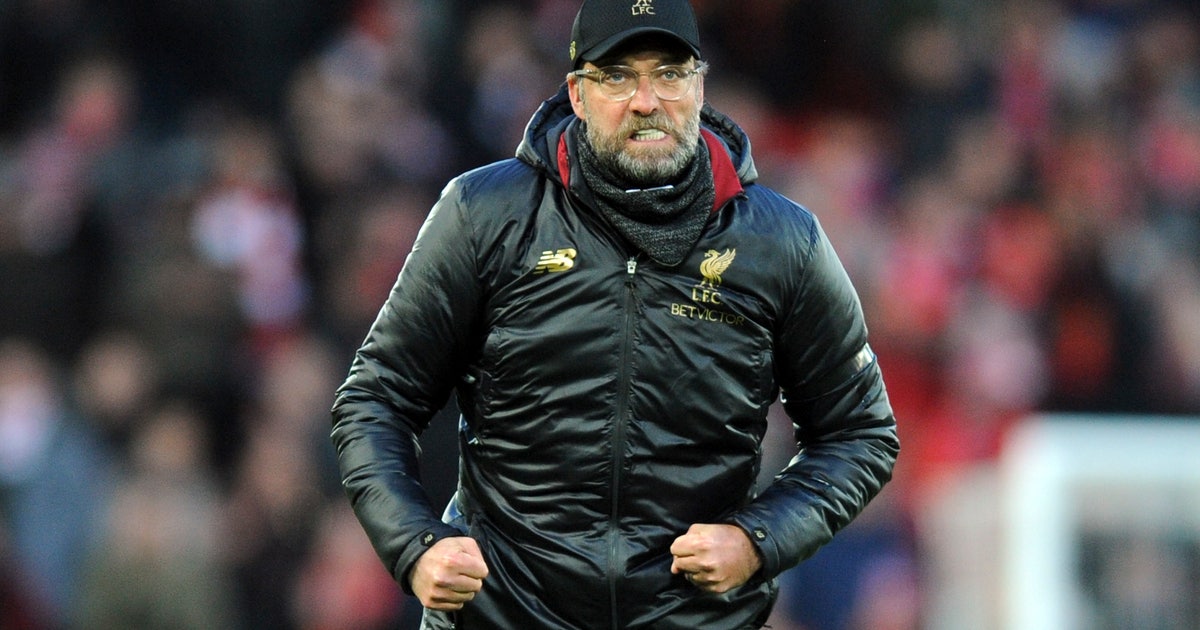 BERLIN (AP) — Bayern Munich knows all too well how tough an opponent Juergen Klopp can be.

Now in his fourth season at Anfield, the former Borussia Dortmund coach is facing Bayern for the first time while leading Liverpool.

Bayern visits Liverpool for the first leg of their Champions League last-16 game on Tuesday, mindful that it didn’t always come out on top against Klopp during his time at Dortmund.

While Bayern defeated Klopp’s Dortmund side in the 2013 Champions League final, Klopp had the upper hand in the 2012 German Cup final, which Dortmund won 5-2. Klopp also led Dortmund to successive league titles at Bayern’s expense in 2011 and 2012.

“Personally I like Juergen Klopp a lot,” said Bayern president Uli Hoeness, who revealed that he almost signed Klopp to take over before the club decided on Jurgen Klinsmann in 2008.

Liverpool has not lost a European match at Anfield since the 3-0 group stage defeat to Real Madrid in 2014 and Bayern has questions over its defense ahead of its trip.

The Bavarian powerhouse conceded twice to relegation-threatened Augsburg in the Bundesliga on Friday, when Leon Goretzka scored an own-goal after just 13 seconds – the quickest own-goal in 56 years of the league. Bayern won 3-2.

“We’ll have to deliver a whole other performance on the day, especially in defense,” Bayern coach Niko Kovac said, warning of the danger posed by “the three up front,” referring to Liverpool’s Mohamed Salah, Sadio Mane and Roberto Firmino.

Liverpool also had the luxury of a week without a game before Bayern’s visit, due to its early FA Cup exit. The team spent four days at a training camp in Marbella, Spain.

“Our little preparation for the rest of the season,” Liverpool defender Andy Robertson said.

Bayern winger Kingsley Coman is an option for Kovac after fears of an injury sustained in Augsburg proved unfounded. Coman scored twice, set up David Alaba’s winner and struck the crossbar in Augsburg, while he also underlined his growing importance to the side with the winning goal against Hertha Berlin in the German Cup.

Liverpool will have to cope without central defender Virgil van Dijk as he serves a UEFA suspension for the first leg. Klopp faces the prospect of having to deploy midfielder Fabinho alongside Joel Matip with Joe Gomez and Dejan Lovren both injured.

While Liverpool is accustomed to deep runs in Europe – winning the Champions League in 2005 and reaching the final in 2007 and last season – the club has not won the English league since 1990.

Although a chance to pull away from Manchester City at the top of the Premier League was squandered with two recent draws, Liverpool is still only behind City on goal difference and has a game in hand.

Here’s a look at the other Champions League games this week:

Barcelona is back in good spirits after ending a three-game winless streak and extending its comfortable lead in the Spanish league at the weekend.

But it heads into the game against Lyon showing signs it still hasn’t recovered its best form despite having a whole week to prepare before a hard-fought 1-0 home win against Valladolid in the league on Saturday.

Lionel Messi and most of his teammates struggled, and the team looked off both in attack and in defense.

Arthur’s absence in midfield has become a problem for coach Ernesto Valverde, as the young Brazilian was the main player controlling the team’s pace. Arthur needs a few more weeks to recover from a hamstring injury.

The game could go a long way to deciding Lyon coach Bruno Genesio’s chances of keeping his job.

Although Genesio guided Lyon to the last 16 without losing a group game, long-serving club president Jean-Michel Aulas has yet to say whether Genesio will stay on next season.

Genesio will have to find a way to beat Barca without Nabil Fekir, the main provider and scorer in Lyon’s attack, who is suspended.

With Fekir absent, Netherlands forward Memphis Depay has the chance to put in the kind of performance to help him fulfill his wish of joining a bigger club next season.

Cristiano Ronaldo is returning to Madrid with his Juventus side hitting its stride at just the right time and Atletico should be worried – the former Real Madrid forward has scored 22 goals in 31 matches against Atletico.

The Bianconeri are on a seemingly unstoppable march to a record-extending eighth successive league title in Italy and could be forgiven for relaxing slightly.

While the 3-0 defeat at Atalanta in the Italian Cup ended its chances of a treble, followed by a 3-3 draw against Parma, it appears to have been just a blip with Juve then beating Sassuolo and Frosinone, 3-0 each time.

“Yes, we are in a good condition,” Juventus coach Massimiliano Allegri said. “Apart from the setback against Parma we are doing well, and we are at a particularly important moment.”

Ronaldo scored again against Frosinone on Friday to take his tally to 19 in Serie A. He also showed as good an understanding with Paulo Dybala as he has had with Mario Mandzukic, who joined Juventus from Atletico in 2015.

Allegri was able to rest several players for Friday’s match while also giving a run to key defenders Leonardo Bonucci and Giorgio Chiellini, back from injury.

Atletico has not looked convincing in the Spanish league, scraping a 1-0 win at relegation-threatened Rayo Vallecano on Saturday after two defeats.

Man City was given a kind draw against a Schalke side clearly struggling in its second season under coach Domenico Tedesco.

Saturday’s 0-0 draw at home against Freiburg was indicative of the Gelsenkirchen-based team’s season to date – an unattractive game of few chances with midfielder Suat Serdar sent off before the break for a studs-up challenge.

Schalke has won only six of its 22 league games so far and languishes in 14th place in the 18-team standings. It could yet be drawn into a relegation fight before the season is out.

The contrast could hardly be greater.

City, in its Premier League title defense, is ahead of Liverpool at the top on goal difference.

Coach Pep Guardiola had the luxury of resting some leading players on Saturday for the FA Cup win over fourth-tier side Newport. Kevin De Bruyne, Raheem Sterling and Bernardo Silva were not summoned from the bench and Sergio Aguero had the afternoon off entirely.

The team was back in training on Sunday ahead of the trip to Germany.

A European trophy has eluded City since the Abu Dhabi takeover 11 years ago, with the semifinals the furthest the team has progressed in the Champions League.