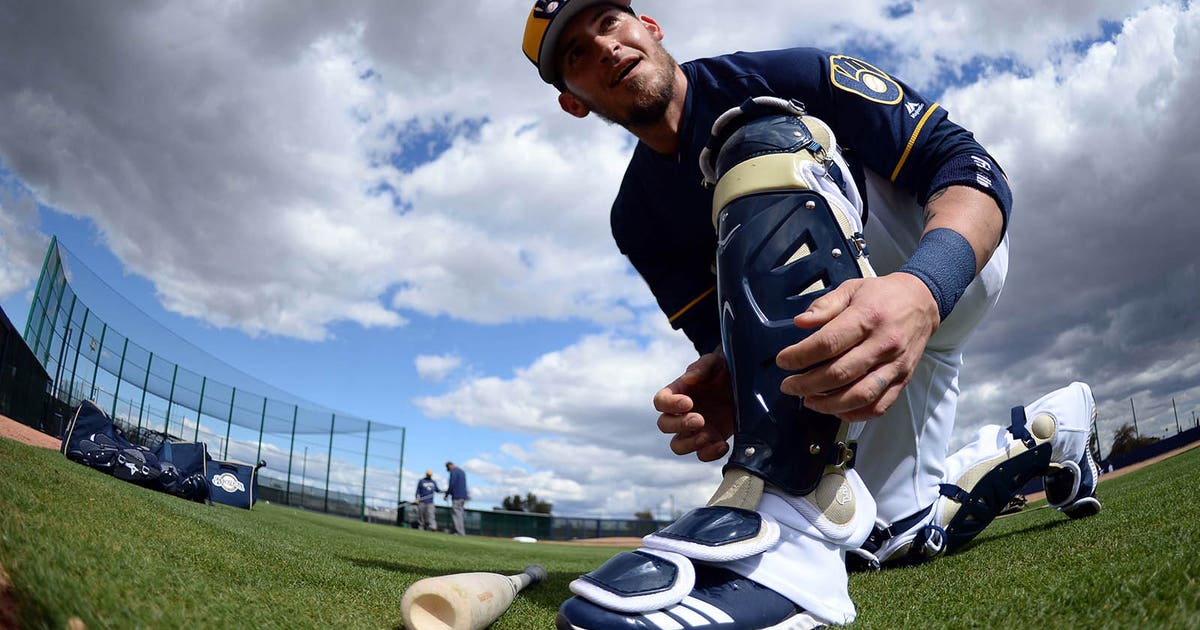 PHOENIX — The ink was hardly dry on his $18.25 million, one-year contract with Milwaukee when Yasmani Grandal started working the phone, reaching out to as many new teammates as possible from his offseason home in Peoria. The Brewers‘ new backstop wanted to get a running start when pitchers and catchers reported to spring training.

He scheduled bullpen sessions with pitchers ready to work off the mound, and sat down to talk strategy with those that weren’t. He studied video of his new battery mates and even met with members of Milwaukee’s coaching staff.

When Grandal showed up to camp in Phoenix last week, he was ready to work.

“I didn’t want to spend a lot of time at spring training getting to know them,” Grandal said. “By the time we started, we’d already spoken, I had an idea of what guys wanted to do and different things like that.”

Grandal, 30, was a surprising signing for a team that appeared set at the catcher position with a combination of Manny Pina and Erik Kratz. Both are regarded as glove-first options, making catcher one of the few places Milwaukee could upgrade offensively.

The switch-hitting Grandal was a perfect fit from that perspective. He batted .241 with 24 home runs, 68 RBIs and an .815 OPS last season for the Dodgers.

His defense is also valuable. Though he’s struggled with passed balls — something the Brewers saw first-hand against the Dodgers last fall in the NL Championship Series — Grandal has long been regarded as one of the better receivers in the game and played a big role in helping Los Angeles‘ pitching staff post an NL-leading 3.38 ERA. He’s been touted especially for his ability to steal strikes around the edge of the zone.

After working with the likes of Clayton Kershaw, Walker Buehler and Kenley Jansen, he’ll take on a staff most notable for shutdown relievers Josh Hader and Corey Knebel.

“There’s the old line, ‘Don’t fix it if it ain’t broken,’ but that doesn’t mean you can’t improve it,” Grandal said. “I’m here to learn as much as I’m here to teach.”

He also provides Milwaukee’s coaching staff with a fresh perspective. Having stood in against Brewers pitchers during his seven-year career, he’s able to offer insight on what he’s noticed — and Grandal has said he picked up plenty from watching during their seven-game playoff battle.

Manager Craig Counsell said he’s been hesitant to offer insight at times, preferring to get Grandal’s outside opinion first.

“It’s almost an audit on our pitchers and our scouting reports, which is helpful for us,” Counsell said. “That’s a big part of where Yasmani can be a big help, especially here in the early going. The fact that he’s taken the initiative is what you hope for. It’s part of building the relationship with guys and he’s obviously going to be a very important part of their success.”