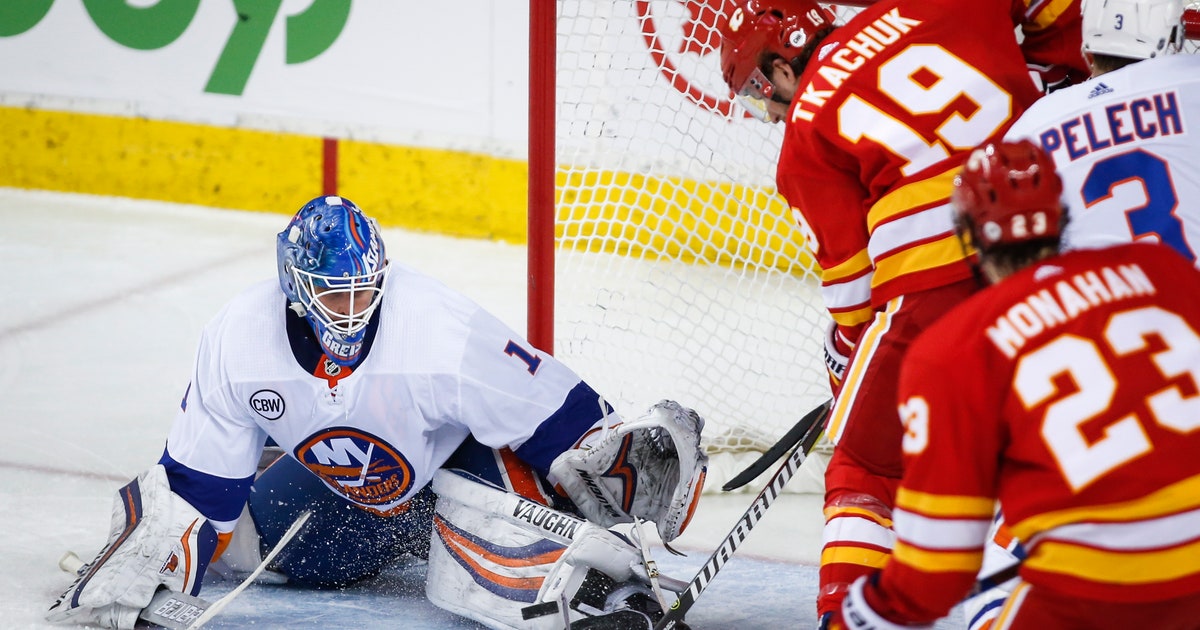 CALGARY, Alberta (AP) — Austin Czarnik and Johnny Gaudreau scored 29 seconds apart in the third period to lead the Calgary Flames to a 4-2 win over the New York Islanders on Wednesday night.

Lee tied it 1:19 into the third when he was left all alone in the slot and one-timed a pass by Jordan Eberle into the net before Smith could get across. It was Lee’s 20th of the season,

Czarnik put the Flames back ahead at 6:10 with his fifth of the season — and third in three games.

Just 8 seconds after New York’s Nick Leddy was whistled for interference, Gaudreau made it 4-2 with his career high-tying 30th — snapping a nine-game goal-scoring drought.

Backlund opened the scoring just 5 minutes into the game on a 2-on-1. Michael Frolik sent a perfect saucer pass to Backlund’s tape as he cut to the net and neatly tucked the puck past Greiss for his 15th.

Hamonic then doubled the lead against his former team with just over 4 minutes left in the first. Bacjkynd sent the puck back back to the blue line after a faceoff win by Elias Lindholm and Hamonic sent a high shot past Greiss for his fifth.

Calgary were outshooting the Islanders 21-6 after 40 minutes.

Islanders: At Edmonton on Thursday night.