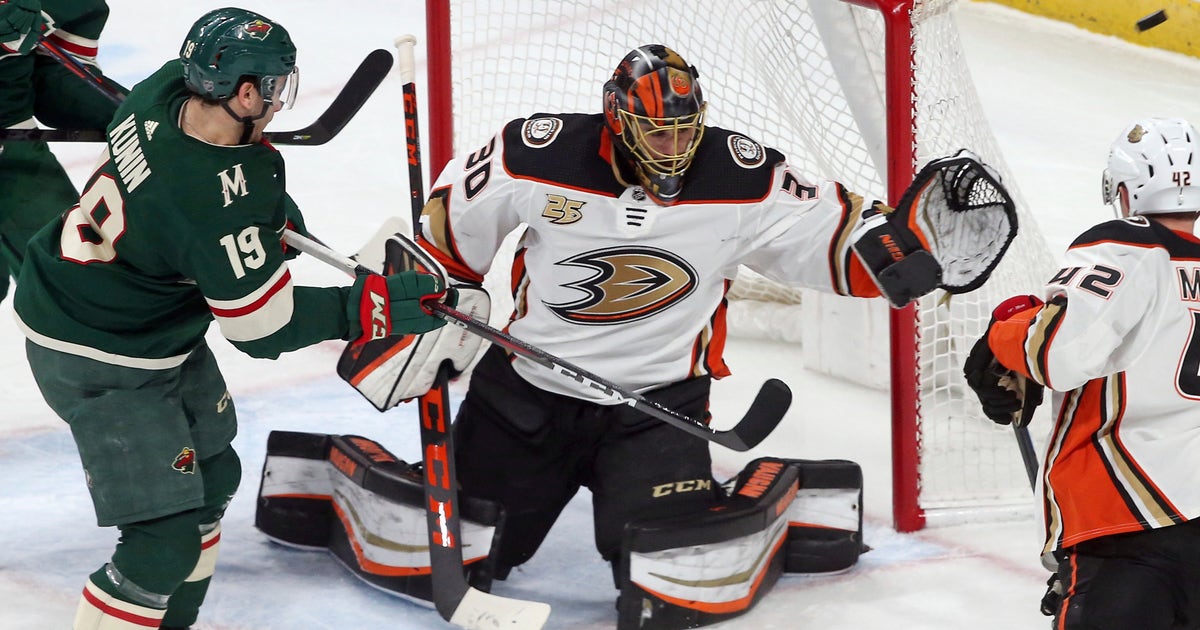 Miller got his second win in two starts since returning from a knee injury that sidelined him for 24 games. His latest came two days after he set the all-time wins record for a U.S.-born goalie with a victory over Washington. He now has 376 for his career.

Devan Dubnyk finished with 20 saves in Minnesota’s fifth straight loss. The Wild have been shut out in consecutive games for the first time all season and haven’t scored in the last 156 minutes.

Anaheim took advantage of the first penalty of the game with a power-play goal early in the second. Silfverberg managed to find the loose puck in front of Dubnyk and got his 16th goal at 4:22. The play was set up by a backhand from Devin Shore. Dubnyk made the initial save but couldn’t corral the rebound. A scrum in front of the net ensured before Silfverberg put it in.

Minnesota appeared to tie it at 6:29 of the third as Mikael Granlund poked the puck past Miller on a delayed penalty but the play was whistled dead.

Anaheim’s penalty kill was put to the test in the third period. The Ducks were called for three penalties in the period but managed to kill off all three. Minnesota had the man-advantage for six minutes in just under a nine-minute span in the period.

Minnesota’s penalty kill unit continued to struggle. Silfverberg’s goal was the 15th power-play goal allowed in the Wild’s last 13 games. That included a pair given up against St. Louis on Sunday.

Perry, Kesler and Lindholm scored in a 4:35 span to make it 4-0 with just over a minute left.

The Wild remained one point ahead of Chicago, Vancouver and Colorado for the second wild card in the Western Conference.

NOTES: Linesman Devin Berg left the game early in the first period after getting hit by a puck just below the waist on a dump-in by Minnesota’s Jason Zucker. Berg remained down momentarily before being helped off the ice and did not return to the game. … Wild C Matt Hendricks (upper body) missed his third straight game due to injury. … Ducks RW Daniel Sprong was a healthy scratch for the second straight game.

Ducks: At Calgary on Friday night.