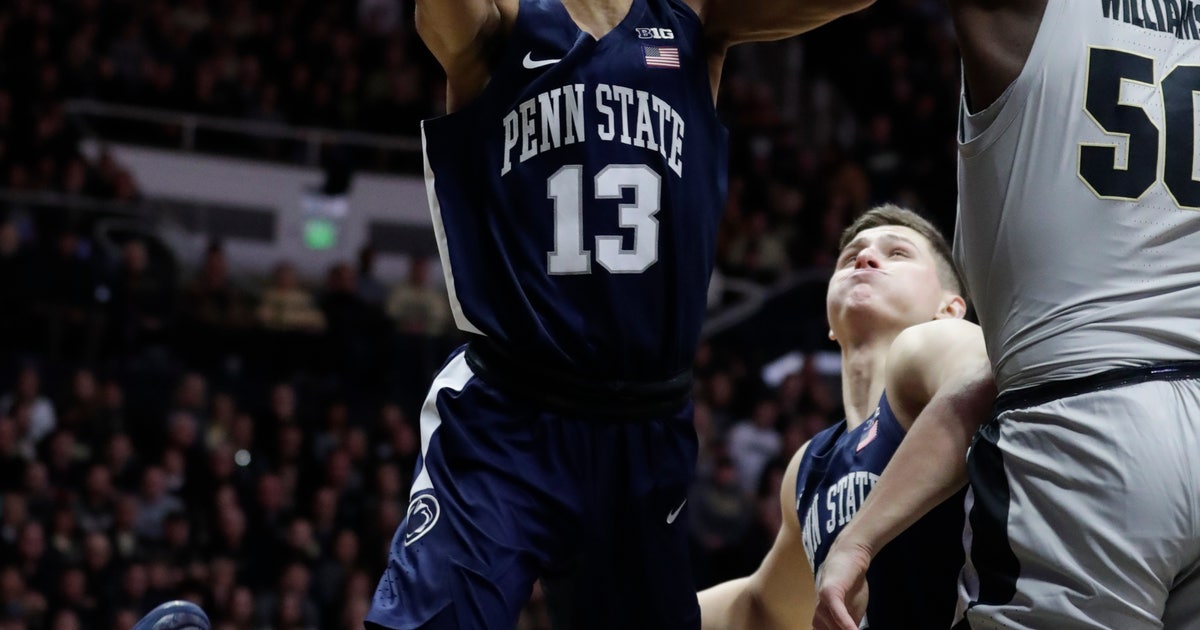 WEST LAFAYETTE, Ind. (AP) — Carsen Edwards scored 15 of his 21 points in the second half Saturday and Matt Haarms added a career-high 18 points to lead No. 12 Purdue past Penn State, 76-64.

The Boilermakers (18-7, 11-3 Big Ten) reclaimed a share of the conference lead with their ninth win in 10 games.

The Edwards-Haarms combination completely changed the game early in the second half. The duo teamed up to score nine points in a 14-2 run that turned a four-point game into a 50-34 lead.

Penn State answered with six straight to cut the deficit to 50-40 and eventually got as close as 61-56 when Josh Reaves completed a three-point play with 4:27 left. But Purdue closed it out with an 8-0 run.

It was an odd game. The Big Ten’s two top scorers — Edwards and Stevens — both played through foul trouble and turned the ball over a combined 15 times. Neither team followed its usual script in the first half, either.

Instead, the Nittany Lions made three 3-pointers in the first four minutes to help give them a 17-10 lead. They made only two more the rest of the game.

Purdue, meanwhile, committed 12 first-half turnovers — more than its final tally in all but seven games this season. The Boilermakers wound up with a season-high 23.

And yet with Edwards making only one basket over the final 13½ minutes of the first half, the Boilermakers somehow scrapped their way back. They tied the score at 19, took their first lead on Nojel Eastern’s layup with 6:47 left and closed out the half with a 33-30 advantage.

Penn State: This series has been full of frustration for the Nittany Lions. After rallying from a 17-point deficit to force overtime, the Boilermakers pulled away in January. This time, Penn State outplayed Purdue for most of the first half and a stretch in the second half, but couldn’t overcome a poor start to the second half. The Nittany Lions have lost nine straight in the series and 12 straight at Mackey Arena.

Purdue: The Boilermakers overcame their turnover flurry to rebound from Tuesday’s loss with a solid final 30 minutes. While the slip-up at No. 24 Maryland earlier this week could lead to a slide in the rankings and Saturday’s start wasn’t impressive, the Boilermakers shouldn’t fall far in the rankings — if they drop at all.

Penn State: Stevens also had six rebounds and eight turnovers. … Myles Dread scored 10 points and was the only other Penn State player in double figures. … The Nittany Lions were 5 of 24 on 3s, including 0 of 9 in the second half. … John Harrar and Mike Watkins each fouled out. Stevens and Reaves also finished the game with four fouls.

Purdue: Haarms made only his second start since Dec. 16 and had six rebounds and two blocks. … Edwards finished with seven turnovers. … Grady Eifert had seven points and eight rebounds, while Eastern had four steals. … The Boilermakers have won 15 consecutive home games. … Former Purdue star E’Twaun Moore was honored at halftime with his own bobblehead. Moore plays for the NBA’s New Orleans Pelicans.

Purdue: Hopes to extend a four-game winning streak against rival Indiana on Tuesday.