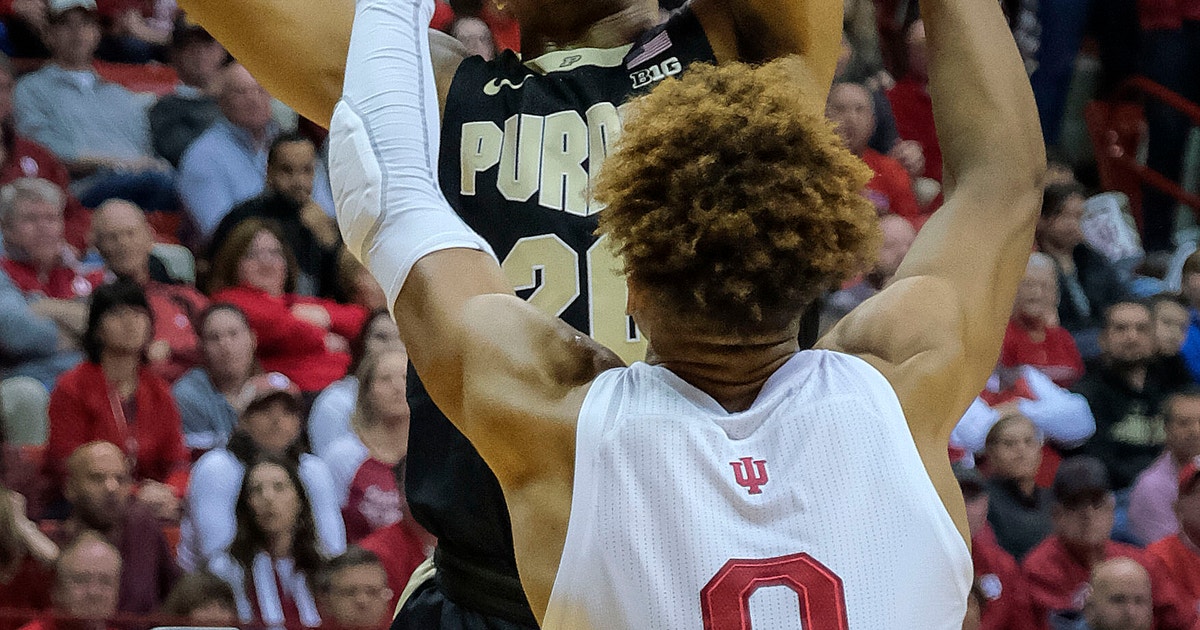 BLOOMINGTON, Ind. (AP) — Matt Haarms tipped in a basket with 3.2 seconds remaining to lift No. 15 Purdue over Indiana 48-46 on Tuesday night.

It was rivalry basketball at its ugliest.

Players repeatedly hit the deck. Rebounds bounced off the floor. The unforgiving rims made the teams look like they were playing with peach baskets, and the Hoosiers’ students serenaded Haarms with boos and chants each time he was involved in a play after locking arms with Indiana’s De’Ron Davis and falling to the floor late in the first half.

At times, Haarms showed his frustration but eventually shook it off in the waning seconds to go up over a defender to tip in Edwards’ errant runner.

Purdue: It’s a win, but there’s nothing to be satisfied with in this game. The Boilermakers were outhustled most of the night, but they took care of the ball when the Hoosiers couldn’t. It’s the third straight game the Boilermakers have not looked like the same team that was rolling a month ago — and they need to find some solutions before the postseason starts.

Indiana: The Hoosiers brought the effort and energy they need every night. It showed. They scrapped, they worked together and when things got tough, they dug down on defense. If they continue playing this way, Indiana might finally turn the corner.

The Hoosiers’ best-known twins, Dick and Tom Van Arsdale, were honored at halftime — with each receiving a framed jersey.

And, of course, they shared the spotlight together as they always have.

The brothers shared Indiana’s Mr. Basketball Award, were named co-MVPs of the Hoosiers in each of their final two college seasons, both received All-American honors in 1965 and went on to play in the NBA before retiring together with the Phoenix Suns in 1977.

Purdue: Wraps up a two-game trip at Nebraska on Saturday.

Indiana: Hits the road to face No. 21 Iowa on Friday.