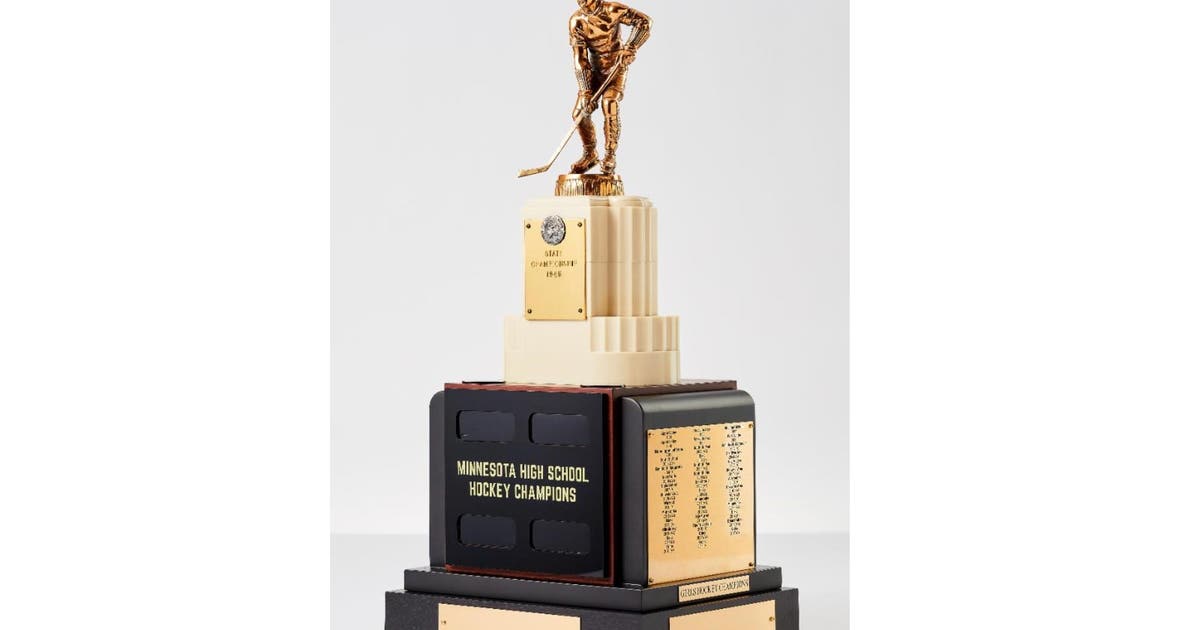 A piece of state hockey tournament history is coming out of retirement.

The Eveleth Trophy, a new prize that will be awarded to the four winners of the state boys and girls hockey tournaments, was unveiled Tuesday at Xcel Energy Center.

The result of a partnership between the Minnesota Wild, Minnesota State High School League, Minnesota Boys and Girls High School Hockey Coaches Associations and State of Hockey, the trophy will travel with the four winners throughout the spring and summer in the style of the Stanley Cup.

It should look a little familiar to longtime hockey fans.

The trophy, which was on display in the historic Eveleth Hippodrome, is now equipped to honor the boys and girls winners of Class 1A and 2A.