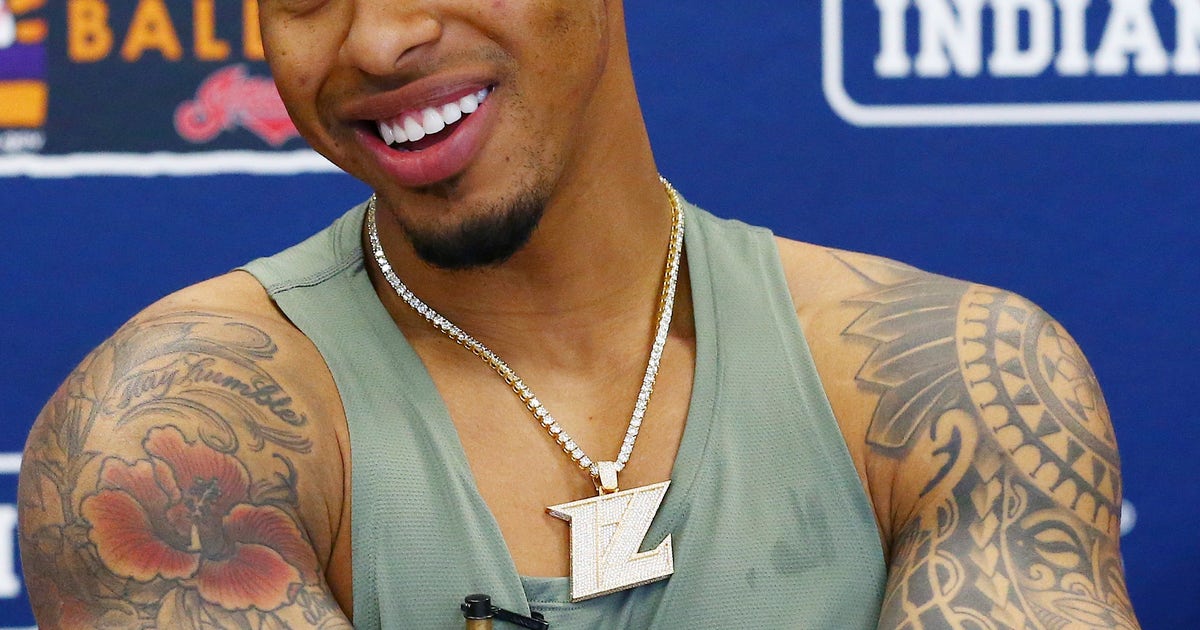 GOODYEAR, Ariz. (AP) — Indians All-Star shortstop Francisco Lindor says now is not the time to worry about a long-term contract.

The 25-year-old shortstop spoke Monday for the first time since straining his right calf during an offseason workout in Florida. Lindor, who could miss and opening day, said he’s only focused on getting healthy and not his financial future.

The Indians have control of Lindor through 2021. He avoided arbitration last month by agreeing to a $10.55 million, one-year contract.

When asked whether he would consider signing a multiyear deal with Cleveland, Lindor said, “That’s not where we are right now. We’ll see what happens. At the end of the day I’m playing the game to win and this is a good place for me to win. If the Indians come up with the right numbers and some point it happens — and I’m not even thinking about it — we’ll see.”

Lindor, who dyed his hair blue during the offseason, was asked why he chose not to go to arbitration like teammate Trevor Bauer.

“Did you see the number?” he said “It’s pretty good. I’ll take it. I’m blessed to play this game and get paid for it. My agent did an outstanding job and the Indians came up with the right number. We thought it was good for what the market was dictating to me. I thank the owners, the front office and my agent as well. They did an outstanding job and I signed the paper. I’m happy.”

The Indians are counting on Lindor to put up major numbers again after trading run producers Edwin Encarnacion and Yonder Alonso and not re-signing All-Star outfielder Michael Brantley.

Lindor said being patient is a major challenge as he recovers from his injury.

“It is a different feeling to not be able to do what you want,” he said while meeting with reporters as his teammates prepared for their first full-squad workout. “The trainers have to keep me busy. The moment I’m not busy, I pick up a bat, look at my cleats. I want to take off running. That’s when you have setbacks.”