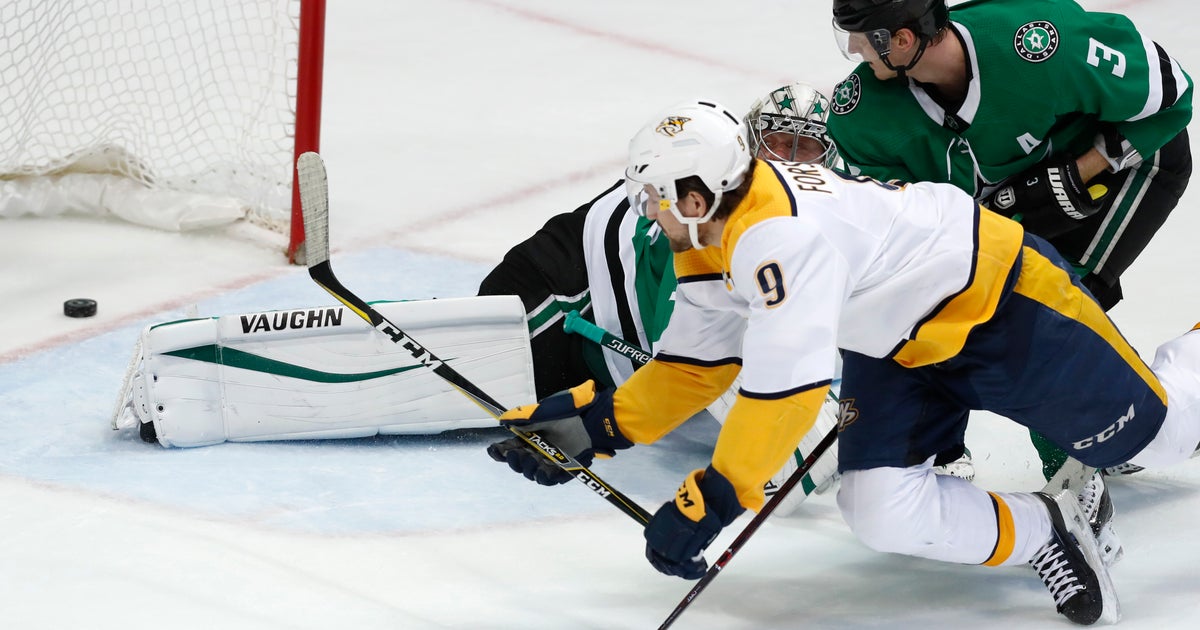 Josi skated from behind the net into the slot, and his wrist shot hit defenseman Esa Lindell’s skate and popped over goalie Anton Khudobin.