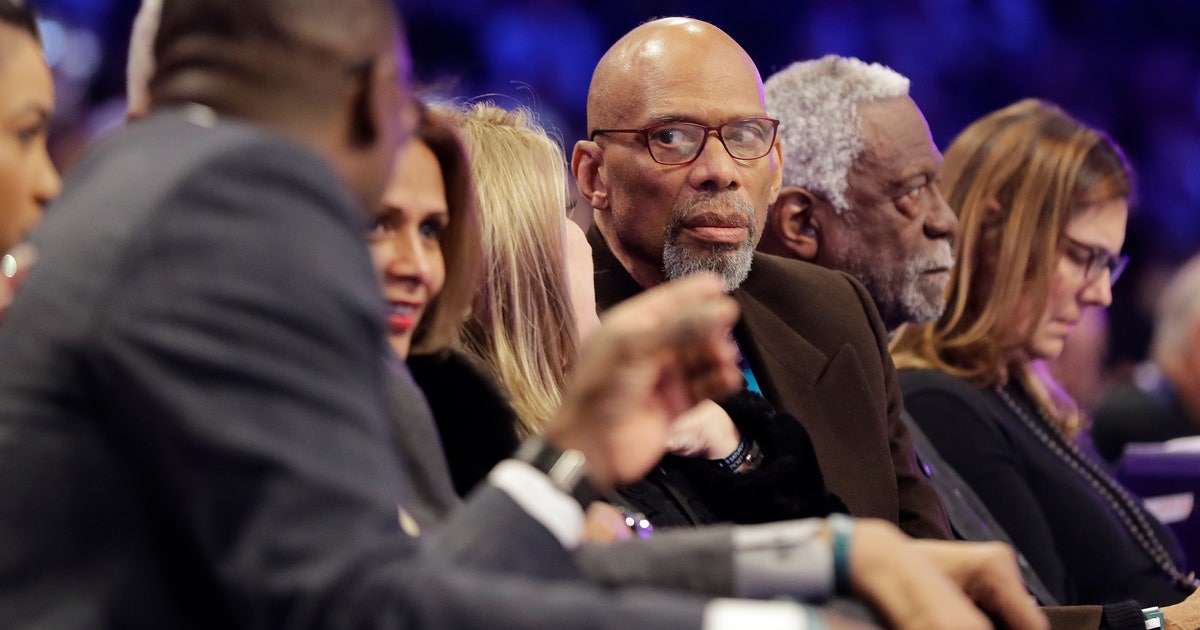 MIAMI (AP) — There was no social media or around-the-clock basketball coverage in October 1974, on the night when Kareem Abdul-Jabbar looked up from his dinner plate and told the Milwaukee Bucks that he would like to be traded.

As such, hardly anybody knew initially about the demand.

If anyone understands what Anthony Davis is thinking, asking for a trade out of New Orleans with nearly 1 1/2 seasons left on his contract, it’s Abdul-Jabbar. His trade request came with two years left on his contract in Milwaukee. Eventually, he got his wish in the summer that followed his ask and got traded to the Los Angeles Lakers.

“I think that the players have power because they have value,” Abdul-Jabbar said. “The players that teams know that they can win with are going to be in a position to dictate what they want to do.”

And while few people would disagree with that, the fact that Davis’ request went public — and the impact it had on the both the Pelicans and the Lakers, the team that appeared to go after the six-time All-Star the hardest before the trade deadline came and went earlier this month without a move being consummated — did not sit well with a number of the league’s former players at All-Star weekend.

And it isn’t about the money. Top players like Davis, who will likely get his trade request fulfilled this summer are going to be well compensated one way or the other. But some think he might have been better served keeping it quiet until then.

“I just think it’s a situation where they needed to keep it in house,” Hall of Fame guard Rick Barry said. “Just talk to the owners. Talk amongst yourselves. Airing your dirty laundry and putting stuff out there … I just don’t understand why you want to get into a situation like that that does nobody any good and can only cause problems.”

Like Abdul-Jabbar, and like Davis, Barry also forced a trade. Back in his ABA days, he made it known that when the Washington Caps were moving to Norfolk, Virginia, he wanted no part of playing there. So Barry got traded to the New York Nets, the entire trade “saga” lasting no more than a week or two and all done during an offseason.

Davis asking in-season, Barry said, had a negative effect on both the Pelicans and the Lakers.

“Doing it a year before, I don’t understand,” Barry said. “Hopefully they won’t continue doing it that far in advance.”

Actually, that is nothing new.

Kyrie Irving had two years, plus an option year, left on his deal with Cleveland when he asked for a trade and eventually got moved to the Boston Celtics. Paul George had a year left when he told Indiana that he wanted out. Both of those requests went public, and it could be argued that the Cavaliers and Pacers were ailed, at least somewhat, by losing leverage since it was no secret the superstars wanted to be moved.

NBA Commissioner Adam Silver doesn’t like trade demands, especially ones that go public. When the NBA adopted its most recent collective bargaining agreement, Silver said the notion was that teams would have the option to extend player deals a year early to avoid being blindsided by requests by those players to leave.

It hasn’t worked that way, with Davis just being the latest example.

“The law of unintended consequences,” Silver said. “It hasn’t worked precisely as we had planned.”

Irving had a title with the Cavaliers. Kawhi Leonard had a championship with San Antonio when he asked to be moved, and ultimately got his way. George still doesn’t have a championship, though flirted with one plenty of times when he was in Indiana only to be thwarted on annual basis by the Miami Heat.

Davis doesn’t have one. He hasn’t been close. New Orleans went to the second round of the playoffs last year, a great sign of progress. This year the Pelicans have plummeted back toward the bottom of the Western Conference. And Davis realizes that his window for winning and being elite won’t last forever, so mindful of his legacy he wants to be moved.

The great players are rich and going to be rich no matter where they play. The ring is also very much the thing, and Davis knows helping lead a team to a championship is vital to how he will be remembered.

“I just want to win,” Davis said at All-Star weekend.

The Pelicans haven’t done enough of it, and this year was the wrong time for their winning percentage to fall off a cliff. So Davis made the ask, and Hall of Famer Dave Cowens said that’s fine — as long as he accepts whatever comes next, whether it’s good or bad.

“If a player wants to usurp or influence a decision on personnel, then the accountability for that move if it doesn’t work out, that’s what it’s about,” Cowens said. “You can’t have union and management doing the same things. … To me, it starts with the accountability. That’s the biggest thing.”

Abdul-Jabbar said he understands why Davis’ trade request is getting so much attention.

It’s because Davis — averaging 28 points and 13 rebounds this season — is worth it.

“That’s always going to be the case,” Abdul-Jabbar said. “The most talented people out there in the job market are going to get the most attention.”