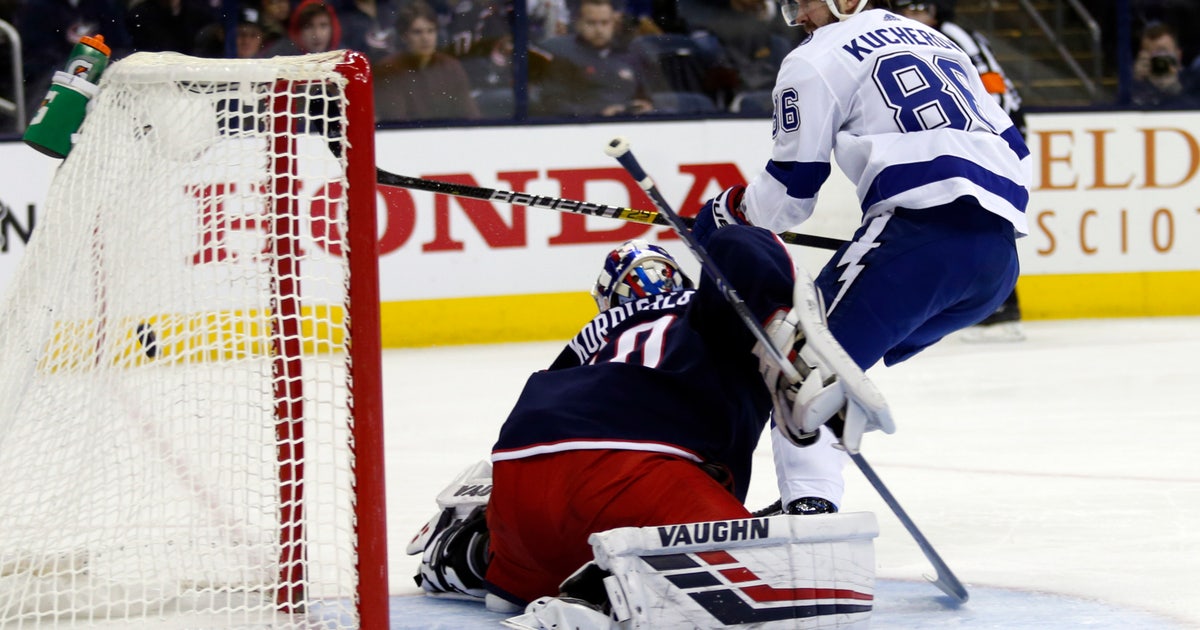 Columbus outshot the Lightning 19-6 in the first period, but Kucherov scored twice. Stamkos made it 3-0 with just 28.1 seconds left in the second, and Point scored twice in the third.

Alex Iafallo and Ilya Kovalchuk had third-period goals for Los Angeles, which is 0-3-2 in its last five.

CHICAGO (AP) — Alex DeBrincat had three goals and two assists, and Chicago held on to beat Ottawa for its ninth win in 11 games.

Patrick Kane scored his 36th goal and added two assists to extend his point streak to 18 games — with 14 goals and 26 assists during the stretch— the longest by a player in the NHL this season. Dylan Strome also had a goal and two assists in his fourth three-point game since joining the Blackhawks on Nov. 25, and Brandon Saad, Gustav Forsling and Jonathan Toews also scored.

SAN JOSE, Calif. (AP) —Charlie McAvoy scored his fourth goal of the season with 1:01 left in overtime and Boston beat San Jose in a game featuring two of the NHL’s hottest teams.

The Sharks lost despite Joe Thornton’s fifth career hat trick. San Jose had won seven of its previous eight games and 14 of 18 going into Monday.

Tyson Jost and Matt Calvert also scored as the Avalanche won their first game at the Pepsi Center since Jan. 19. Agozzino also added an assist.

CALGARY, Alberta (AP) — Michael Frolik and Mikael Backlund each had a goal and an assist in the third period to help Calgary beat Arizona.