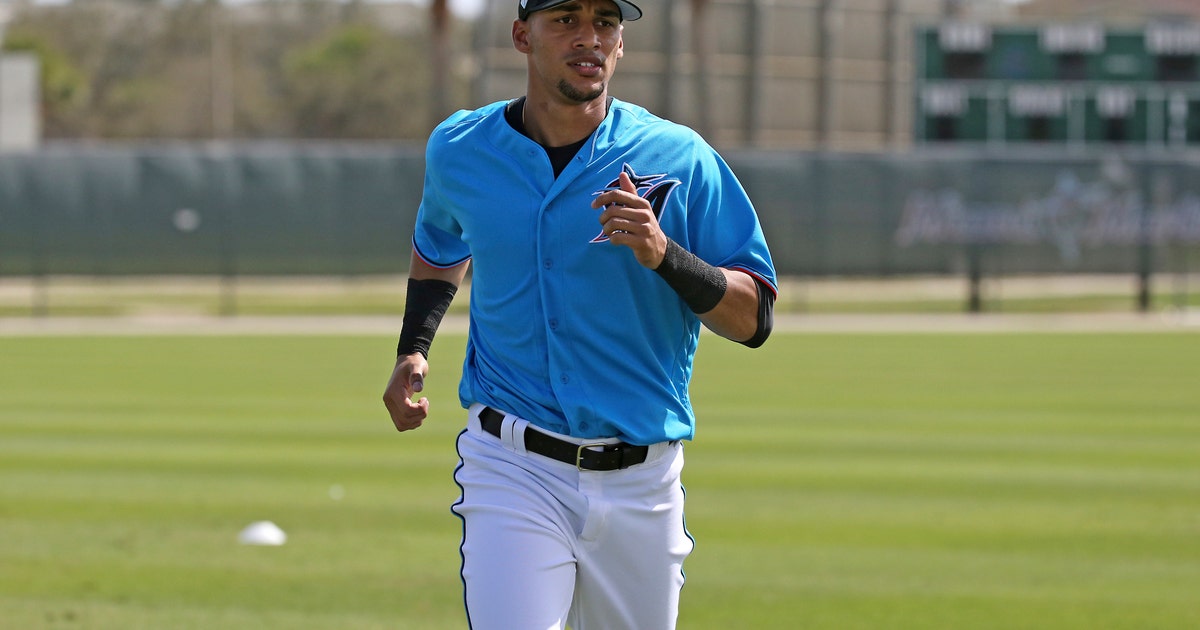 JUPITER, Fla. (AP) — For a franchise that has been a perennial loser, Victor Victor Mesa sounds like a winner.

The Miami Marlins can’t be sure, however, because they they’ve never seen Mesa play. They agreed to a $5.25 million signing bonus last October with the highly touted Cuban defector and can begin to assess the investment Saturday when their spring training season starts.

It has been more than two years since Mesa’s most recent game. The Marlins based their evaluation of him on videotape of his play in Cuba.

“That was the only opportunity we had, and every other major league team had,” said Gary Denbo, vice president of player development and scouting. “But I have a lot of confidence what we’re going to see is going to be exciting.”

Mesa, 22, left Cuba nearly a year ago to pursue a major league career and was considered the top international free agent last fall. Miami signed him and his 17-year-old brother, Victor Jr., after both tried out at Marlins Park for scouts from all 30 major league teams.

The session stoked the Marlins’ enthusiasm for the elder Mesa.

“He took a batting practice that would rival any of our major league players, hitting head-high line drives all around the field,” Denbo said Thursday.

The Marlins don’t necessarily expect Mesa to do that in spring training, at least not right away. But he’ll play a lot, working off the rust before heading to the minor leagues to start the regular season.

“We’ll get him as many at-bats as we can and see him in different situations,” manager Don Mattingly said. “There’s going to be a process, with him not playing games in a while and getting him up to speed.”

That’s something he has in abundance — speed — and he’s regarded as an excellent defensive player. But the 5-foot-9, 165-pound Mesa didn’t show much power in Cuba, and it’s uncertain how quickly he’ll adjust to big league pitching.

Mesa has gone about his business quietly since full-squad workouts began Monday.

“I’m happy just to be back on the field,” he said through an interpreter. “I was out of the game for a long time.”

The Mesa signings were part of a push by the Marlins to be more active on the international market under CEO Derek Jeter. He wants the Marlins to mirror their diverse city.

A Cuban star outfielder would be good business for the attendance-challenged franchise, and Victor Victor is already accustomed to being asked when he’ll reach the majors. The question was raised at a news conference after he signed, and he addressed it again after reporting for spring training.

“I believe the moment will come,” he said. “All I have to do is work hard.”

The Marlins are rebuilding under Jeter and likely at least a couple of years from ending a playoff drought that dates to 2003. They anticipate their climb into contention will include Mesa, but have no reason to fast-track him.

“It will great to see how he mixes in this spring,” president of baseball operations Michael Hill said. “”We just want to get him on the field and get him playing, get him with our coaching staff and start that process toward getting him to the big leagues.”